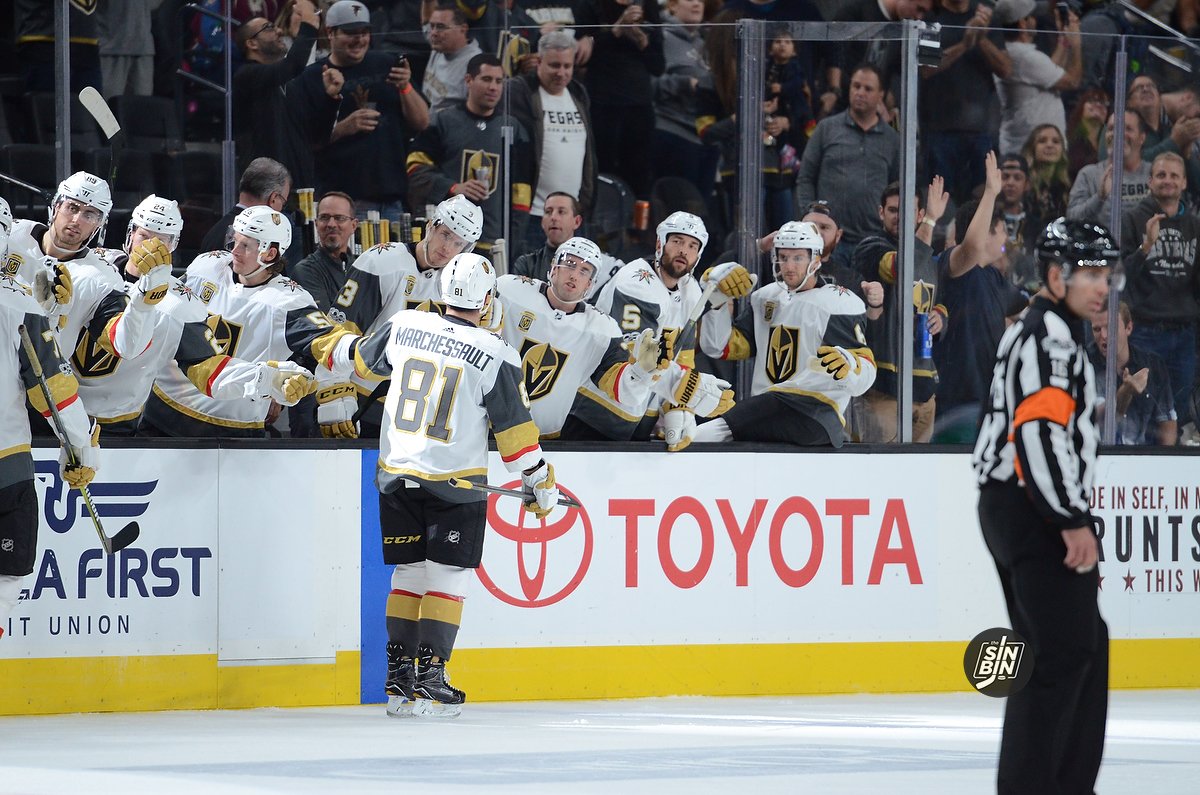 Being at odds in the workplace can leave a person confused, hopeless, and stressed. That can go for million-dollar athletes as well. After the latest TSN report, it doesn’t take an insider to tell you Max Pacioretty and Jonathan Marchessault are feeling a little underappreciated right now. (And Fleury, but that started a while ago.)

Playing hockey is their job, a job they love, and most of us would too. However, it’s still work and at times an employee can feel like they’re on the outside looking in. We can all connect with that. It’s hard to imagine Marchessault and Pacioretty being thrilled with their names constantly mentioned in trade rumors.

Since early October, the two forwards have seen teammates traded all while wondering if they’re next.

There’s not a lot of places that are looking to add players with big numbers or assuming contracts with term… There are a lot of teams that are really trying to be as close to the floor as they can.-Kelly McCrimmon in October

Some fans will remind us that pro hockey is a business and athletes are paid well enough to deal with adversity. In the Golden Knights situation, leaked names aren’t just an issue for the player but for their families, friends, and teammates as well. So we’d respond to those fans by asking, wouldn’t it be easier if there wasn’t adversity though? Sure, they can deal with it, but should they have to?

"My goal is to keep this team intact." pic.twitter.com/E05ruTbnyv

The Creator expressed to Fox 5’s Vince Sapienza that he isn’t anticipating a trade, but he did leave himself an out, which at the very least confirms the talks are real. So for now Pacioretty and Marchessault are safe, expected to be in a Golden Knights grey, white, red and gold uniforms this upcoming season.

As we watched in the postseason, Vegas needed more offense so sending one of their best scoring forwards elsewhere wouldn’t be helping the club. Especially, if they trade a high-impact forward in order to oblige the $12M of cap space in goaltenders.

If there’s one thing I hope the front office learned after failing in the postseason is that an NHL team needs to be physically and mentally strong to win a Stanley Cup. That doesn’t mean they can’t make tough decisions, but try and keep the players’ names out of the press if they aren’t the real trade targets. It’s much easier to prepare for competitive hockey without unnecessary distractions…