In the first 68 games this season, the Golden Knights have not played the same opponent in consecutive games a single time. That’s about to change with the next four games. Tomorrow Vegas heads to Seattle to play the Kraken twice in a row before they depart for Vancouver for a home and home against the Canucks.

Normally, in the NHL this is a rarity. Over the course of the Golden Knights’ first three seasons, they played the same team in consecutive games just three times. 2017-18 had pairs of games against the Coyotes early in the season and the Kings right at the trade deadline. 2019-20 included a season-opening duo against the Sharks following the wild seven-game series the year before.

On each of those three occasions, the same team won both games. Vegas swept Arizona and San Jose and the Kings took both off Vegas. That also is considered a rarity.

This was a massive talking point heading into last season when COVID restrictions forced nearly the entire schedule to consist of back-to-back games against the same team.

For Vegas though, it actually ended up working out in their favor.

We did do it a lot last year and we were successful. -DeBoer 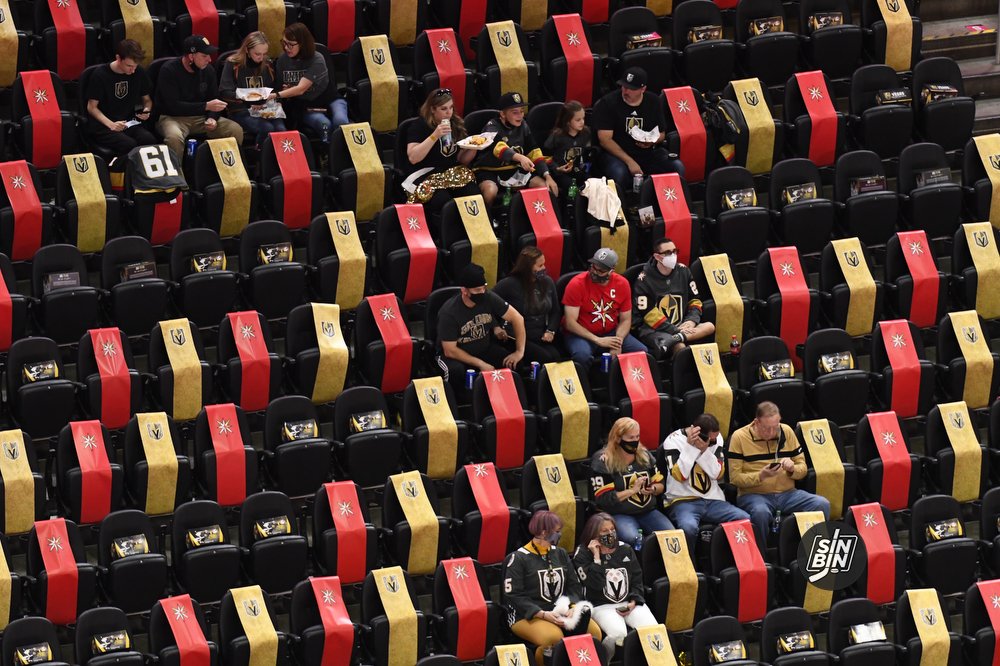 The schedule worked out fine for the Golden Knights, but we don’t ever need to see this again. (Photo Credit: SinBin.vegas Photographer Brandon Andreasen)

Vegas ripped off a 10 game winning streak last season in which the first eight were all in this exact situation. Winning pairs against Arizona, Los Angeles, Anaheim, and San Jose the Golden Knights then went on to beat the Ducks and Avs to finish the stretch.

Using this “college hockey” style schedule, the Golden Knights went on to rack up the most points of any team in the league, tied with Colorado, and they hoisted the Jennings Trophy for allowing the fewest goals against during the season.

Now, Vegas is in need of points in the worst way. With two against Seattle and two more against Vancouver, seven or eight points has to be the goal. Conventional wisdom says that’s going to be tough given the mini-series against each team, but history indicates the exact opposite.

If VGK can channel their inner 2021, they have a great chance of amassing points in bunches this week off the backs of two inferior opponents.