Confidence Not An Issue For Vegas Against San Jose 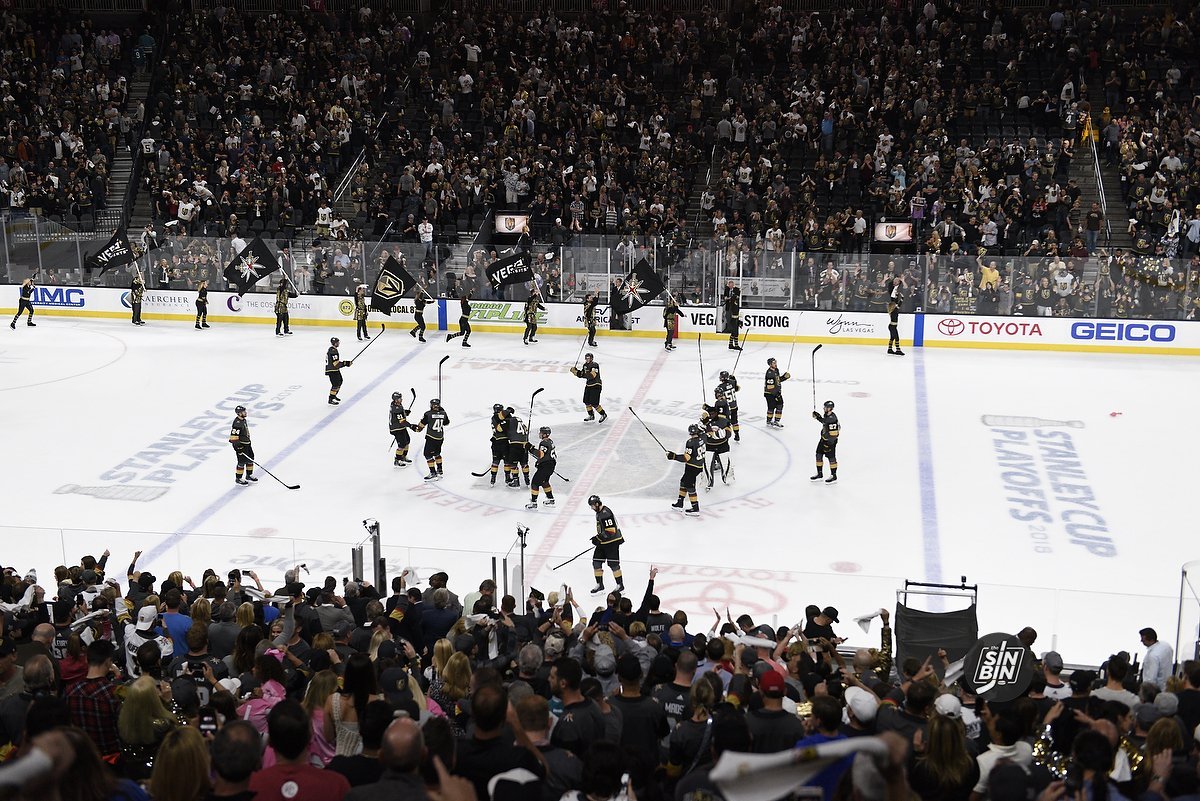 We’ve all seen it over the past two seasons, the Golden Knights have the San Jose Sharks number. In their 14 matchups, Vegas is 9-2-3 against San Jose in the regular season and postseason combined. I know the team won’t come out and say it but I will, the Golden Knights own the Sharks. Both teams know it, both fanbases know it.

One guy that doesn’t care about anything from the past is Golden Knights coach Gerard Gallant.

To be totally honest with you, it doesn’t matter what we’ve done against them the last year and a half. It’s going to be a brand new series. It’s going to be two real good teams battling for a chance to move on in the playoffs. I don’t care. They’re a really talented hockey team and they’re better than they were last year. I think we’re better than we were last year. It should be a great series and the past means nothing to us. -Gallant

Gallant is very good at downplaying but he’s well aware of the advantage his team has over San Jose. He correctly rattled off his team’s record against the Sharks in Tuesday’s press conference. The players are well aware of their success against San Jose too. But will Vegas’ confidence get in the way? And how will the Golden Knights keep from being overconfident heading into their first round series against San Jose.

We are hoping to use that to our advantage and be confident against them. We believe we can dominate them. Go into their building and play well like we’ve proven that we can do. Historically, it’s a tough place to play but I think we’ve done a good job in that building. We’ve kind of gotten them off their game and getting into our game quickly. We’re going to try and stay confident and believe in ourselves. -Jon Merrill

Confidence aside Merrill isn’t concerned what’s going on in the Sharks locker room. The focus is all about his team, and his locker room.

We worry about ourselves. We focus on what we need to do. We’re a tight group and our success is going to come from here. -Merrill

Shea Theodore has turned into a bonafide top-four defenseman this season, and not just his skills on the ice. Theodore transitioned from a young prospect and becoming a well-paid veteran. He recognizes his team’s success and isn’t afraid to boast about it.

The games that we’ve played against them they’ve been intense, they’ve been physical. They’re a good team but when we play our style, I think we’re getting into their heads. We got Reavo and he does a pretty good job running around and chirping guys… It definitely gets us going. -Shea Theodore

Theodore wasn’t being cocky or trying to send bulletin board material for San Jose. The Sharks don’t need that, they have enough already.

Yeah, things change. It’ll be something we’ll feel and see how it goes. -Theodore

Bottom line, Vegas has gotten the better of San Jose over two seasons and they have the opportunity to continue their dominance in the first round. The question is, can San Jose do anything to stop it?