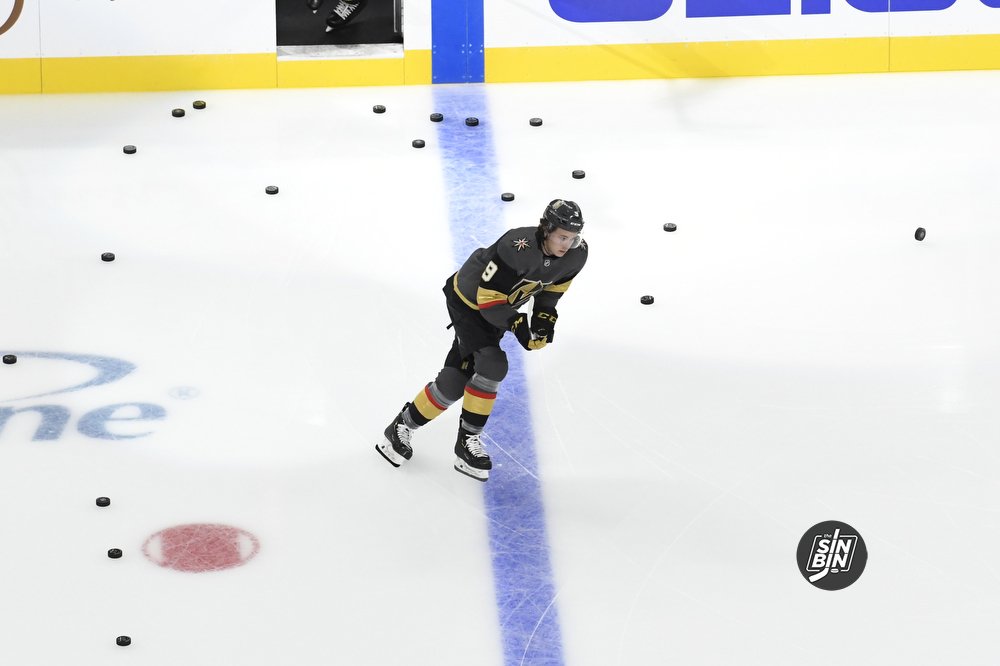 Cody Glass and Nic Hague were drafted together in 2017 as the first homegrown generation of Golden Knights. The two rookies were selected alongside Nick Suzuki and Eric Brannstrom potentially in what appeared to be the Golden Knights future core. Obviously, things changed and Suzuki and Brannstrom were traded to other organizations. However, Golden Knights fans will always keep an eye on the two former prospects.

In Montreal, fans are frustrated with the Canadiens dim playoff chances but Suzuki is pleasantly surprising Habs nation.

His hockey IQ certainly stands out… he knows where to go instinctively. He knows who to take, he knows the area to cover. The puck seems to follow him. Players with good IQ’s, that’s what happens.- Dan Robertson, TSN Montreal PxP

The 20-year-old is 7th on Montreal’s roster in goals and overall points. He began the year in a bottom-six role, averaging 13 minutes per game, but now he’s a second-line winger. He’s making an impact on the Canadiens power play, chipping in seven PP points. His playing time went up and so did his production. In 40 games, the 13th overall pick in 2017 has three multi-point games, one in which he registered three assists. Currently, Suzuki is in the top five in NHL rookie scoring along with Olafsson, Makar, Q.Hughes, and Mikheyev.

In comparison, Cody Glass has pitched in as well as a Golden Knight, but not quite to the level of Suzuki in Montreal.  In 35 games, the Golden Knights rookie has played mostly on the third line but he’s added 6 power play points. Unfortunately, Glass missed a handful of games due to injury but many Golden Knights fans are still impatient and hoping for more. It becomes increasingly difficult to calm folks down when Suzuki is having such success in Montreal.

The story changes a bit when you look at the defensive rookies side-by-side. Vegas fans have nothing to be disappointed about in that respect. Hague has played in 30 of VGK’s 42 games and has shown a lot in his time on ice. Whereas Brannstrom is still trying to figure out his role.

In Vegas, the 6’6″, 21-year-old rearguard worked his way from beginning the season paired with a Deryk Engelland, to now skating consistently with Shea Theodore. It shows the coaching staff trusts him more with tougher assignments and keeping up with the high-level Theodore brings. Although Hague is without his first NHL goal, the rookie defender is releasing 1.13 shots per game and eventually his laser slapshot will hit the back of the net.

Up in Ottawa, the Senators sent Brannstrom down to the AHL in early December. According to the Ottawa Sun’s Bruce Garrioch, the Swedish defenseman needed to rebuild his confidence.

A healthy scratch for only the second time this season as the Senators faced the Oilers, the decision was made by general manager Pierre Dorion, coach D.J. Smith and the rest of the staff that the time had come to send Brannstrom down because he wasn’t playing up to his capabilities in the NHL… Not only was Brannstrom struggling to contribute offensively — he is still looking for his first NHL goal — while getting lots of opportunities in those situations, his game had taken a turn for the worse defensively because he was taking gambles, trying to get points. –Bruce Garioch, 12/05/19

What drew the Golden Knights scouting staff to draft Brannstrom was his offense and creativity with the puck. However, the Senators were concerned he wasn’t progressing properly and felt the risky, young d-man needed some more time in the AHL. Garioch speculated that there could’ve been a bit pressure on the 20-year-old, after all, Brannstrom was the centerpiece of the Mark Stone trade. In mid-December, Ottawa recalled the undersized rookie and he’s since been averaging 17+ minutes per game.

While the comparisons are still premature, considering these players have lengthy careers ahead of them, their rookie seasons won’t determine anything in regards to their success. Glass and Suzuki will always be compared throughout their hockey lives because of their positions, but mostly because Vegas traded one of them for Max Pacioretty. Hague and Brannstrom don’t compare much at all. Either way, if all four rookies turn out to be successful NHL players, Vegas fans should feel confident about the organization’s scouting department, and the prospects they draft in the future.