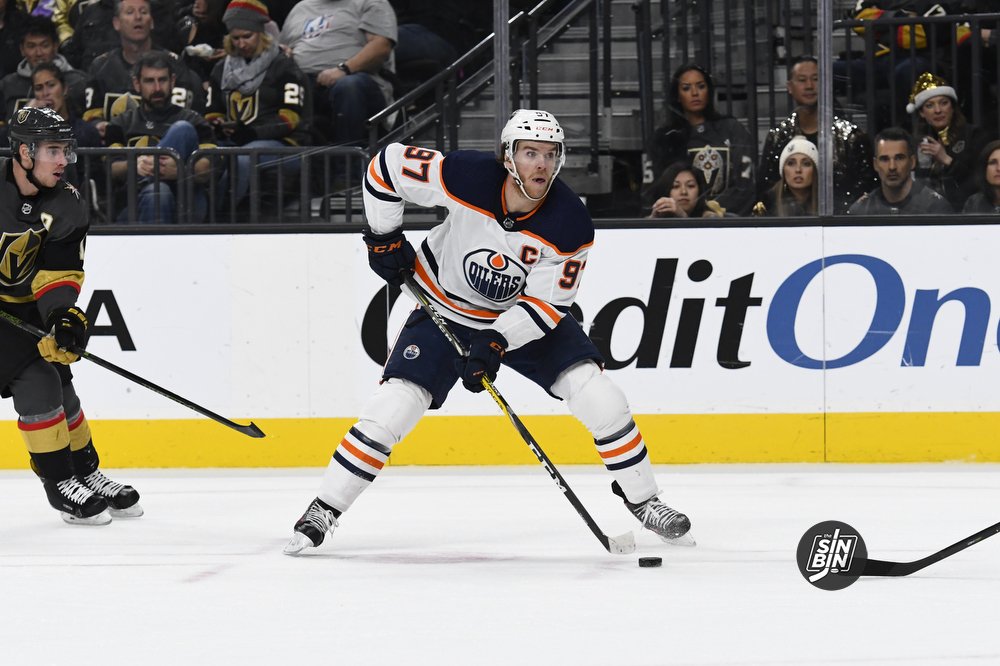 In 14 lifetime games against the Vegas, Connor McDavid, the world’s most electric player, has 17 total points. That’s an average of 1.21 points per game. It’s exciting for the fans but not for the Golden Knights. To be fair, most NHL franchises have been torched by McDavid as he’s averaged 1.58 points per game over the past four seasons.

However, in the Western Conference Final, the Colorado Avalanche seem to have figured out how to at least slow him down. Through three WCF games, the Avalanche have held McDavid to 3 points. Well below his 1.44 career points per playoff game and 2.17 he had in the first 12 playoff games this year.

A couple of mental mistakes, a couple of positioning mistakes. That’s what a team like Colorado does to you. The second that Colorado was up a couple of goals they went into lockdown mode. Colorado knew they had enough to win then they locked it down. That’s what good teams do in the playoffs. –Matt Kassian, Oilers Analyst and Former player to TSN

By limiting McDavid the Avalanche have taken away the Oilers’ biggest weapon and their identity. Edmonton isn’t as effective, fast, nor as threatening without their one-two punch of McDavid and Leon Draisaitl.

Doing it takes a collective effort from all five players on the ice. If we go back to 2017, Nate Schmidt gave us a little primer on what it takes to attack McDavid defensively. Five years later, the Avs are putting it on film.

So what can Vegas learn by watching Colorado stuff the league’s most dynamic skater?

They’re getting to him early. If you picture three layers, the attack layer is the first guy, the second layer is two players but they re-attack the puck carrier and then the next layer is kept tight. They were physical with him as well.-Dave Poulin, TSN Analyst and former player to TSN

In other situations, Colorado has effectively suffocated McDavid by limiting his threatening attacks on net with their skill and speed. Other times, they’ve just relied on the brilliance of a 23-year-old superstar of their own.

I am now ready to talk about this Makar poke-check on McDavid 😌 @Avalanche pic.twitter.com/rH4BxVEySM

Let’s start with the obvious, the Golden Knights do not have a player as quick and skilled as Cale Makar. The Norris trophy finalist has single-handily broken up crucial rushes from McDavid. Next season Vegas will have to find ways to snuff out Draisaitl and McDavid with what they have. Alex Pietrangelo, Brayden McNabb, Zach Whitecloud, and Shea Theodore are capable of limiting #97. However, none are as unique as Makar and will have to use other skills to slow down McJesus.

McDavid has lost his battle against MacKinnon, Makar and Toews. When they split up McDavid and Draisaitl, Draisaitl lost his battle to Kadri’s line quite badly. –Mike Johnson, TSN Analyst and former player to TSN

It must be agonizing for anyone in the organization to watch the WCF, especially when they believed it was their deepest team in Golden Knights history. However, there are blueprints, notes, and strategies to pick up on. Especially, since it’s likely Vegas will have to go through Edmonton, Colorado, or both, to advance to next year’s Stanley Cup Finals. Maybe it’s too painful to watch now but there’s always a full summer to catch up on Below Deck and multi-game reminders of why Vegas missed the postseason.