Cody Glass Opens Up About His Brief Return To The AHL 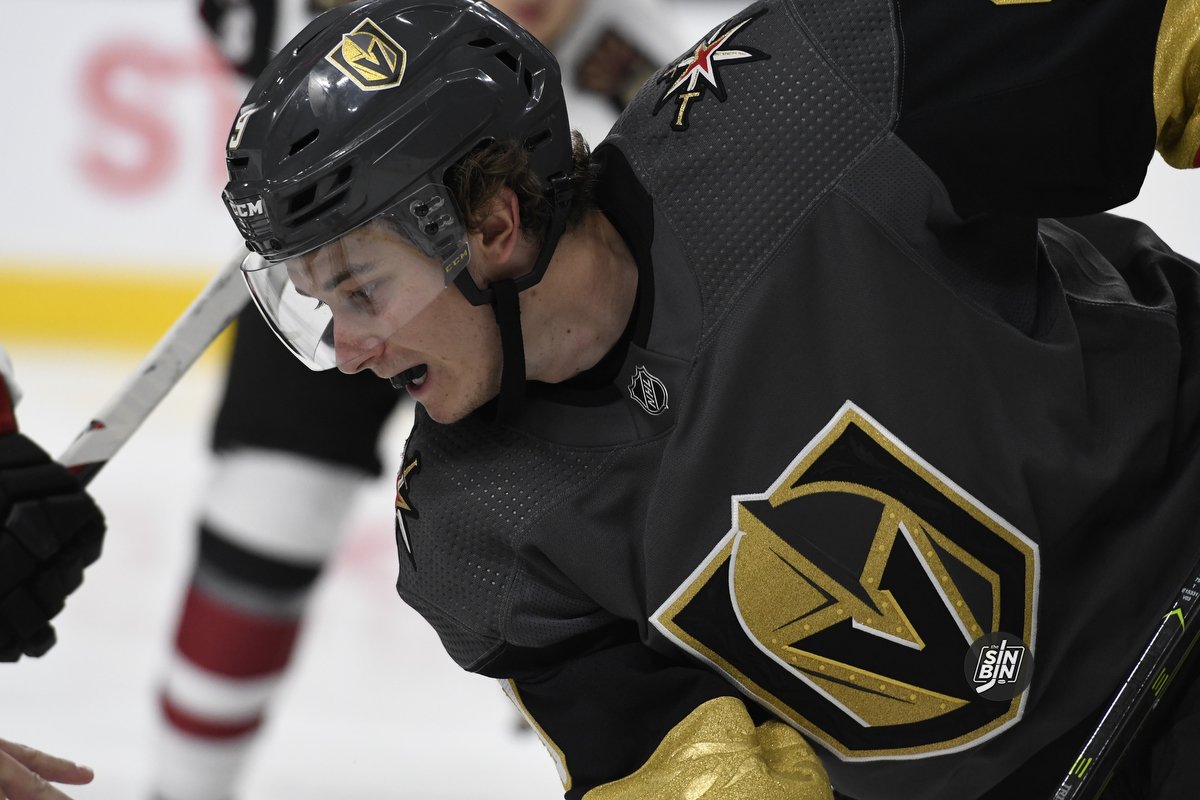 At different points this season the Golden Knights have had to make difficult decisions due to the salary cap. When fully healthy, Vegas is within a couple hundred thousand dollars of the $81.5 million limit with just 19 players on the active roster.

Early in the year, they experimented with a lineup of 13 forwards and five defensemen. At other times they’ve taken advantage of the emergency exception rules in the CBA that allow a team to exceed the cap. But when every avenue has been exhaust and Vegas wants to ice a standard 12/6/2 lineup, it’s typically been Cody Glass as the odd-man-out.

There are multiple reasons for this, a big one not related to his play on the ice. Due to his age and contract status, Glass is the only forward on the Golden Knights’ normal roster that is waiver exempt. Thus, he can freely travel between the NHL, the taxi squad, and the AHL without ever being at risk of being claimed by another team. The same cannot be said for players like Keegan Kolesar, Nic Roy, William Carrier, Ryan Reaves, or Tomas Nosek.

However, performance on the ice has played a factor in some of the decisions surrounding Glass. To put it bluntly, Glass simply hasn’t been good enough to force himself onto the roster at all times. That’s definitely not to say he’s been bad, or is even among the poorest performing players on the team (he’s definitely not), but when a decision has to be made, he hasn’t made enough of an impact to compel the front office to make a different choice.

This most recent instance was unlike any prior one though. When Alex Pietrangelo returned from LTIR, Vegas once again needed to clear space. Like before, Glass found himself on the outside looking in, however this time, instead of assigning him to the taxi squad, he was sent to the AHL… to actually play.

I just wanted to see him get a little more confidence 5-on-5. So we’d like him to go down there and play games, contribute and be an offensive player, come back and give us some juice when he returns. –Kelly McCrimmon to Las Vegas Sun

Unlike previous situations where he was assigned to the taxi squad and remained with the NHL team, this time they were looking for improvement. This time, they were sending a message about his play at the NHL level.

Glass spent just one game in the AHL. He scored a goal (a nifty one at that), he posted a +3 rating, and was named 2nd Star of the Game, a Henderson 3-1 win over Tucson.

It was good, we have a really good group. The coaching staff was really good to me, played me a lot, played me in every situation, so it was nice to get that back under my belt. Focus on my confidence, stuff like that. -Cody Glass on VGK Pregame Show on Fox Sports Las Vegas

Then, an injury to Ryan Reaves and a three-game suspension to Chandler Stephenson quickly opened the door for Glass to return to the NHL.

Obviously, I don’t want to be (in the AHL), I want to be up in the NHL, I think I belong, but to go down to get my confidence up was good. It’s a lot different though. When I went to the AHL I had a lot more time and space and I felt like people kind of backed off when they saw me with the puck. -Glass on VGK Pregame Show on Fox Sports Las Vegas

In his return to the NHL, Glass centered the Golden Knights top line, between Max Pacioretty and Mark Stone. Unfortunately, the production from the single game in the AHL did not immediately translate. Glass has been held off the scoresheet while playing more than 20 minutes of even-strength time with Pacioretty and Stone.

Plus, neither Stone nor Pacioretty hit the back of the net in the two games, and the trio has been on the ice for nine scoring chances against while creating just four.

When I came back to the NHL, there’s barely any time to make any plays. You have to be a lot quicker to make your plays. Producing at the AHL level is a lot different than producing at the NHL level. For me, I wanted to produce at both but it’s kind of hard to translate it going back for one game and then coming back up. I just tried my best. I’m not one to pout or anything I’m one to just bury my head and work hard. -Glass on VGK Pregame Show on Fox Sports Las Vegas

The future remains uncertain for Glass. With Stephenson eligible to return tomorrow and Tomas Nosek on as hot a streak as he’s ever been in his career, Glass could easily find himself sidelined once again in the near future.

One thing is clear though. To stay in the NHL, Glass needs to produce in the NHL.