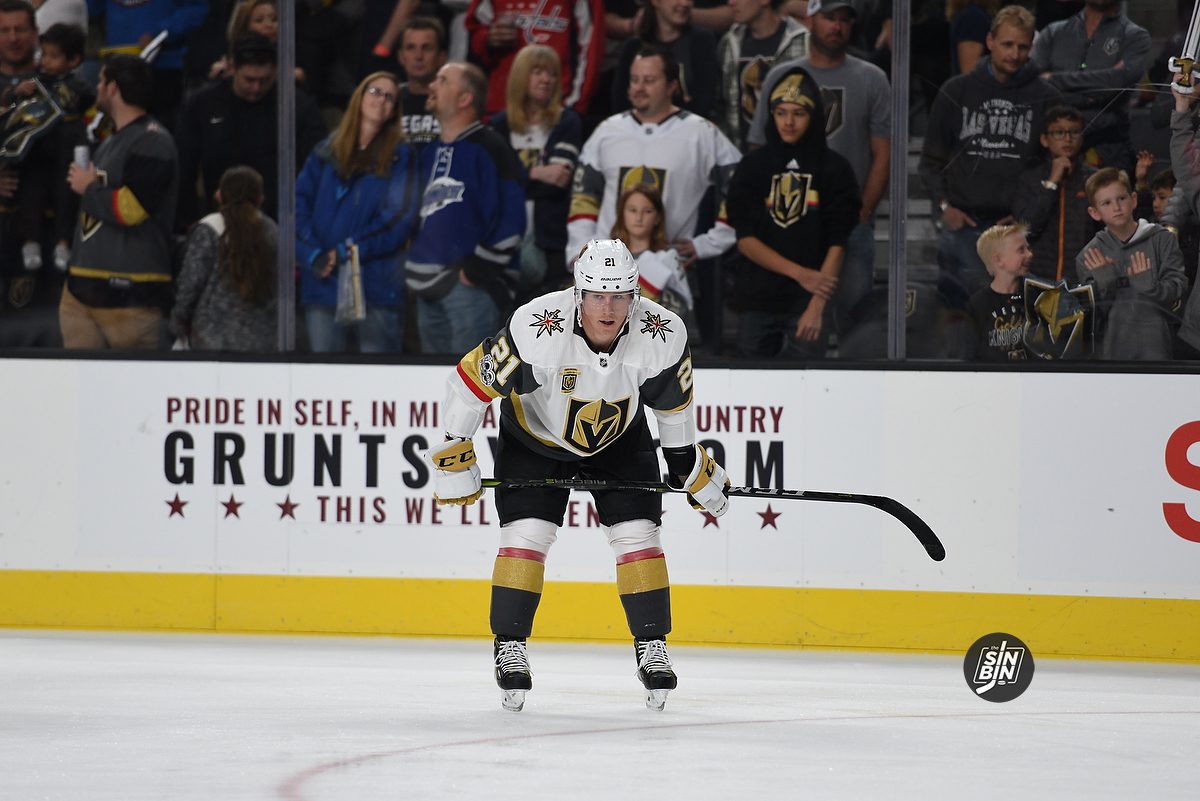 I’ll be the first to admit it, I’ve been highly critical of Cody Eakin’s play while in a Golden Knights uniform. I’ve always lauded his defensive and penalty killing efforts, but offensively at times he’s felt like a Shop-Vac to the offensive games of players like Alex Tuch, Ryan Carpenter, Tomas Hyka, Brendan Leipsic, Tomas Tatar, and the many other linemates he played with a year ago.

Well, I’m here to tell you he’s been tremendous since his return from injury four games into the season, and he’s singlehandedly turned a line that was a problem into one that’s often looked dangerous and even netted the game-winning goal in Philadelphia.

Diving into stats and numbers to describe Eakin’s impact will always prove futile (unless talking about faceoffs), and if you know me, you know the word intangibles makes me want to slam my head into a wall. So, in an attempt to actually quantify what Eakin has been doing and to do that, I talked to his linemates.

He plays fast, he plays smart, he’s such a good player on the puck and with his speed and his skills, it’s a lot of fun to play with that guy. In Philly, we were getting a lot of rush chances because we were playing so fast. He always found me with these small passes. It’s easier for me to play with a guy like him who is so good defensively. -Tomas Hyka

He does everything right. With his speed and he’s just relentless with his work ethic. He’s just fast, he plays fast and he plays the way we want to. That’s the identity of our team, playing fast and with speed. Speed just creates turnovers and havoc and pressure. As the centerman of the line, he just carries the line to play that way. -Ryan Carpenter

To give a little more background, as part of my question I explained how the standard description of Eakin tends to always rely on intangibles. I then went into my question asking, “Can you give me a tangible hockey skill Eakin is good at?”

Both guys went to the same place, speed.

If we took a Family Feud style poll of 100 fans and asked them to name some of the fastest skaters on the Golden Knights, an answer of Cody Eakin would almost certainly earn a giant red X. Heck, if we did it with scouts and coaches Eakin’s name likely wouldn’t earn more than a point or two for the Foley Family. 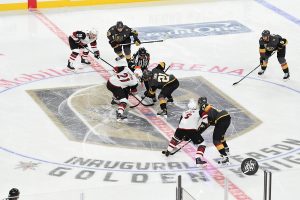 However, when you think about the difference in the third line from Games 1-3 without Eakin to 4-6 with him, speed was noticeable. I’m not even sure I fully buy that Eakin is one of the faster skaters on the roster, but what I can say for sure is that he’s definitely not below average speed-wise, and more importantly, he allows his wingers to play faster than they could with most other centers.

As Hyka illustrated, Eakin’s defensive responsibility allows wingers to take chances further up the ice. They are more willing to go uber-aggressive on the forecheck, more likely to take a risk to keep the puck in the zone, and more willing to put their heads down and fly to a loose puck, because in all three situations, they know if they don’t get there, Eakin has their back.

It’s a tough thing to see and it definitely tends to get overshadowed when none of those risks pay off. In every case, if the turnover isn’t created or the loose puck isn’t won, the offensive possession ends and now Eakin is on the defensive. But speaking to Golden Knights players, and seeing the clear difference in the six games with and without him, it’s become much clearer.

This isn’t to call Cody Eakin the perfect player, and there will certainly still be games in which it’ll feel like his style is holding back talented offensive wingers (see about 40 games of Alex Tuch and Tomas Tatar a year ago), however, it’s exciting to think about what a line could look like with Eakin as the center as this team returns to health. Either he’s the center of line three with two of Tuch, Haula, and/or Nosek, or he’s centering the fourth line with a pair of Bellemare, Carrier, and/or Reaves.

Tonight, he’ll likely be with Nosek and Carpenter, and odds are the stats at the end of the game won’t look to pretty for that trio. However, watch their shifts carefully, and ask yourself, is this the style of hockey that became synonymous with the Golden Knights last year. More often than not, it will be, and while it may not generate goals against Buffalo, know that when the SinBin.vegas Injury Report doesn’t read like a novel, the third (or fourth) line will be in good hands with #21 as the center.

Defense Feeling Confident; But Know They Can Still Be Better