Coaches Vote: Gallant Unanimous Coach Of The Year; VGK Picked To Win Cup By One Coach

The Bobfather of TSN conducted a poll of all 31 coaches in the NHL asking questions such as player of the year, coach of the year, conference champions and more. 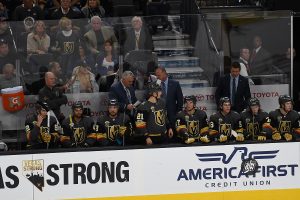 The poll was dominated for the most part by the Tampa Bay Lightning, but there was only one category in which it was a complete sweep. All 30 other coaches voted for Gallant as Coach of the Year to this point. He was not allowed to vote for himself, which we know he wouldn’t have anyway. TSN’s report did not indicate who he voted for.

The Golden Knights received seven votes as Western Conference champions and were one of just six teams (TB, NSH, BOS, PIT, WPG) to receive a vote as Stanley Cup champions.

The full article and complete results can be found here.