Clearing Rebounds Should Be Easier And Better In New System, But Also More Important 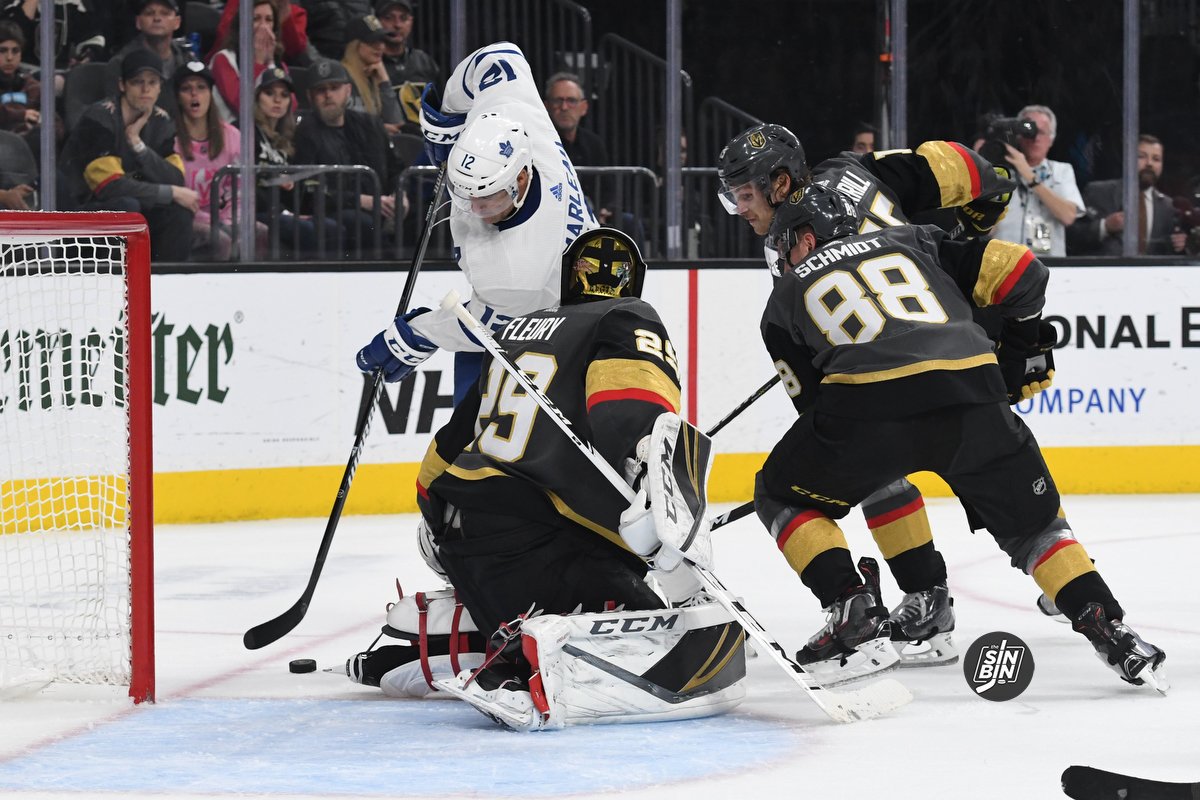 VGKD 2.0 is 2-0-0 with a pair of thrilling victories that went beyond regulation. Against Arizona, Vegas allowed just one goal and it came from an incredible shot by a defenseman who fooled Malcolm Subban by even shooting it in the first place.

The difference in how the Golden Knights now defend is only six periods old, but it sure looks like it is making a major difference… even if the head coach doesn’t want to admit.

Obviously, we’ll be keeping a close eye on it during this road trip against a trio of teams that play three majorly different styles. After two games though, one particular pro of the system has jumped off the ice, and that’s clearing rebounds.

Against the Coyotes, Vegas was terrific controlling second chance opportunities in the slot. No matter where the first shot came from, the Golden Knights had two or three bodies around the rebound and quickly removed the puck from danger before any Coyote could get a second look at net.

If there’s a shot from the outside we want to make sure there’s not a second shot, a second chance. We’ve always talked about it, even in the old system, winning those net-front battles and making sure we tie up sticks and keeping those chances to the outside so they don’t get two, three, or four whacks at it in front. -Nic Hague

According to NaturalStatTrick.com, the Golden Knights allowed just four rebound chances the entire game against Arizona. Only one was a truly dangerous chance. It happened to come in the waning seconds of the game and could have been a disaster had it found its way past Subban, but all in all Vegas was excellent in finding loose pucks and sending them to safety.

Our team cleared them really well. That’s an important thing for us. Give up shots from the outside and then do what you can on the rebounds. -Malcolm Subban

Even though Gallant doesn’t want to make a big deal of the change, he was very complimentary of his team’s work in front of their own net.

I think anytime you can box guys out and keep them from second and third chances in front of your net, it is going to help your team win games. A lot of teams are going through stuff like that, and if you can keep them on the outside you have a better chance to win and keep the puck out of your net. -Gallant

Every Golden Knight I’ve talked to about the new system has mentioned that they expect it to get better and better as they get more games and more practices under their belt. Yesterday they had a full practice at the Prudential Center (where they are playing tomorrow) and Gallant specifically mentioned working on “d-zone coverages.”

The Golden Knights have stacked two wins in a row four times prior to these last two, but have gone 0-3-1 in their attempts to win a third straight. They’ll have that chance again tonight, and if VGKD 2.0 works as well at MSG as it did at T-Mobile Arena on Saturday, they should be able to get it done.