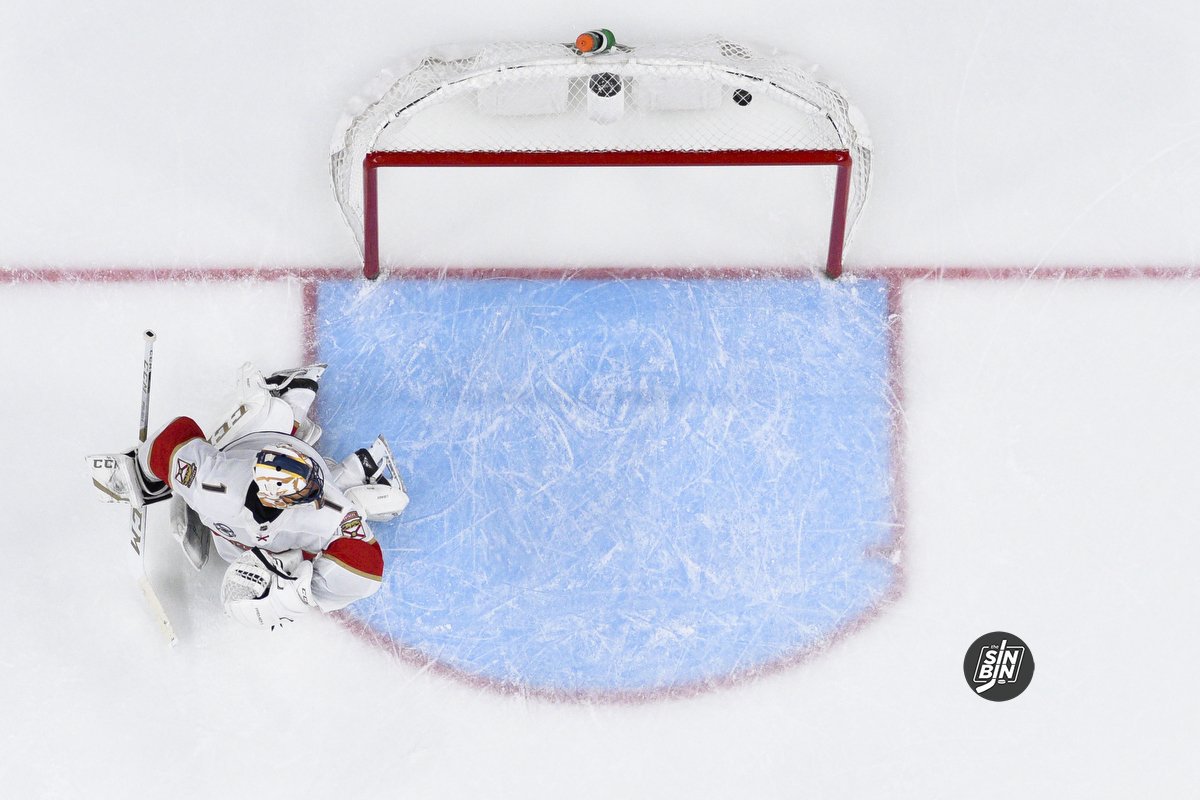 For Vegas to be consistently successful, they need the game to be under their control in all three zones. From generating large numbers of chances based on extended offensive zone time, to having the proper setup through the neutral zone, to breaking the puck out of the defensive zone, each piece relies upon the next.

Last night against the Florida Panthers, the Golden Knights saw both ends of what it looks like when the breakouts are going well and when they are not.

For almost a 20-minute stretch from the middle of the 2nd period to the 12-minute mark of the 3rd the Golden Knights could not consistently break the puck out of their defensive zone. It led to mountains of chances for the Panthers and one of the longest shot droughts Vegas has experienced all season.

It culminated in a 5-on-3 power play for the Panthers that could have buried the Golden Knights in what appeared to be a winnable game. VGK’s penalty kill stepped up and from that moment on, the breakouts improved which started the ball rolling towards a three-goal 3rd period and Vegas’ 8th comeback win of the season.

We got better when we played a little bit more north-south because they are a very aggressive team. We forced their D to pinch down on us to keep a puck alive because when they don’t, now you are in foot races for odd-man rushes. -Bruce Cassidy

Cassidy said by north-south he meant the defensemen were more willing to make the quick play up the ice. Sometimes that meant foregoing the typical defenseman-to-defenseman pass that allows the second defenseman to be facing the correct way to see the ice but also takes more time inviting more pressure. Or, other times it meant properly using the “bump” play which draws in forecheckers and opens up passing lanes to exit the zone.

Here’s an excellent example of how it all came together to use Florida’s aggressiveness against them. It starts with VGK having good structure through the neutral zone to force a harmless dump-in. Vegas will easily have the first player on the puck behind the goal due to being set up well at the red line. Then, watch Ben Hutton draw in two Panthers to allow space for Martinez.

(Playing north-south when exiting) means you are in and out of your zone quickly. Even if you don’t win the race, the puck is in the neutral zone and you can start your forecheck there. I thought we got a little stubborn early on. -Cassidy

This was exactly how the Golden Knights operated for the final 12 minutes of the game and it’s why they were able to storm back into the game and eventually take home the win.

Defensive breakouts might be the most boring portion of the game of hockey but the way the Golden Knights are structured they are crucial to the team’s success this season. Good breakouts lead to quick transition chances like the one Smith rang off the post and also help to keep good structure in the neutral zone meaning better gaps from the defensemen.

Late in the 3rd period last night it all came together and operated harmoniously. The more often the Golden Knights can play like that, the more and more they’ll look like a bonafide Stanley Cup contender.