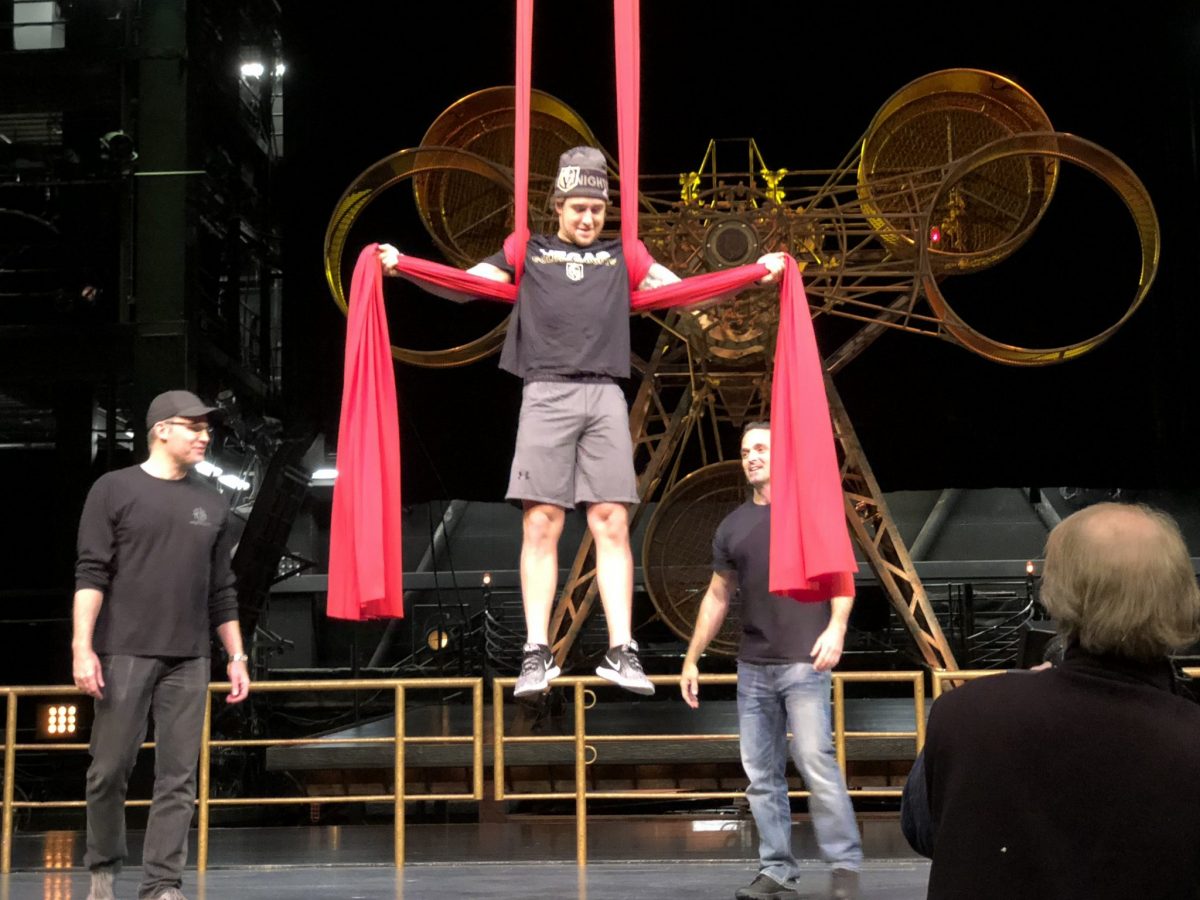 This team never ceases to amaze. They literally spent the day levitating today.

Rather than practicing at City National Arena, the Golden Knights headed down to MGM Grand and the Ka Theatre to participate in a “workout” with the coaches from Cirque du Soleil.

At this point in the season, you can see that it’s a grind. We’re playing almost every other day so what we want to do is try to find time for recovery. Recovery really matters at this point in the season so trying to get the boys out of their element, get them into an experience that’s safe, fun, unique, and they are moving their bodies in a different way. Hope is they can take that as rejuvenating energy that’s being given to them here and take them out to the ice. -Jay Mellette, Head Athletic Trainer

The media was only able to see one of the many stages the Golden Knights participated in. Aside from flying through the air wrapped up in curtains, they tested their balance, strength, juggling skills and more.

Who was the best?

Cody Eakin. He’s been good at everything he’s done. -Mellette

Being in first place sure is nice.

Flower getting in on the Cirque action. pic.twitter.com/Jk2Lp19MEY

They are surprisingly good at juggling. pic.twitter.com/uXVgr2qUPB