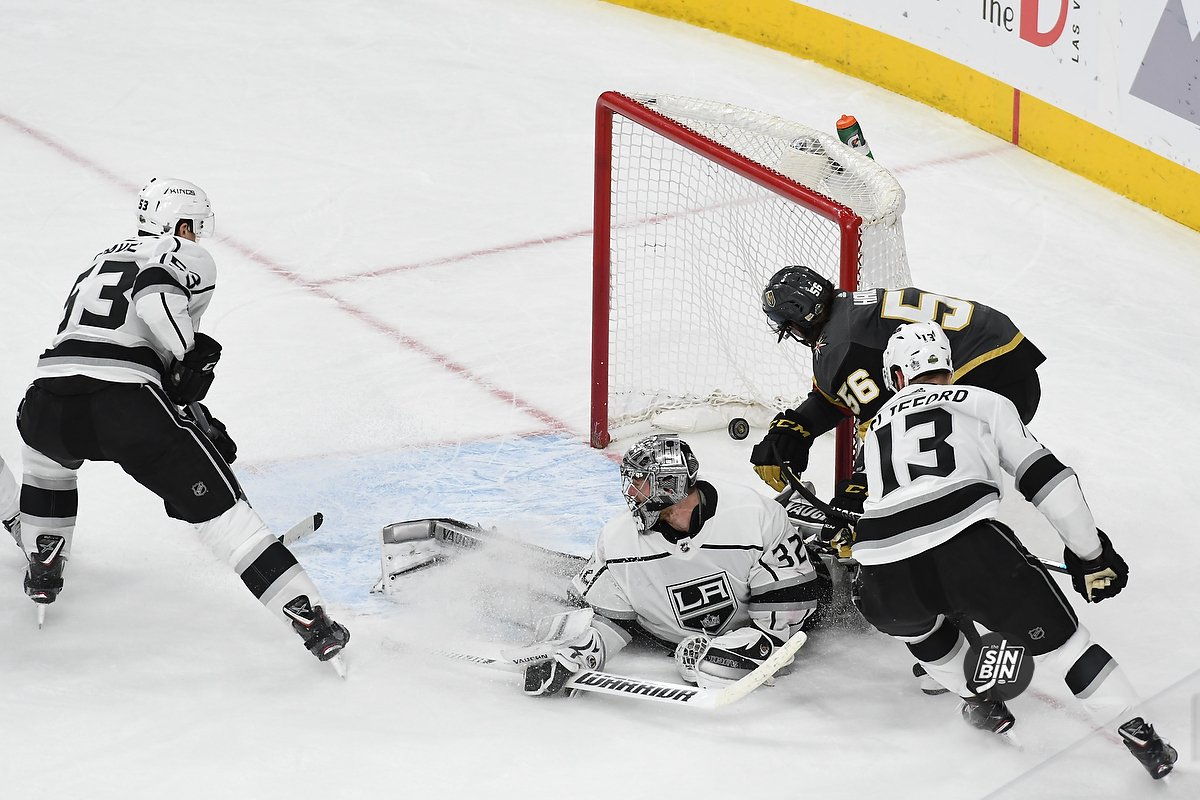 Coming into the 2018-19 season the Golden Knights appeared to be overloaded at the center position. With William Karlsson centering the top line, Stastny on the second, and Cody Eakin, Pierre-Edouard Bellemare, and Erik Haula all options for the final two lines, Gerard Gallant was not short on choices. When the dust settled, Haula wound up being the odd-man out being pushed to the wing to play with Stastny and Max Pacioretty.

However, Gallant never had a full roster of players to work as Alex Tuch was missing for the first eight games, and by the time he returned, Stastny had gone out with a major injury. So, we don’t know exactly what may have happened had the Golden Knights been fully healthy. All indications through training camp, preseason, and the beginning of year indicated the plan was to use Haula as a winger, but a quick rash of injuries forced Haula back into the center until he was eventually lost for the season in early November.

As we head into 2019-20, there’s a possibility of some change in regards to the center position. Bellemare is an unrestricted free agent, former #6 overall pick Cody Glass could potentially fight for a roster spot in camp, and Haula still has to prove he’s fully healed from his brutal knee injury.

Aside from center though, the Golden Knights have much more depth on the wings now than they did heading into Year 2. With the additions of Mark Stone and Nikita Gusev, the Golden Knights now have nine legitimate top-six quality forwards. But, depending on Erik Haula’s position, they may only have two centers of those nine (Karlsson and Stastny).

On locker cleanout day, we asked Haula about returning to center. The words that came out of his mouth were not exactly telling, but the way they were delivered certainly made it seem as though he views himself as a center.

That’s… yeah that’s something that I need to talk about, but yeah that’s my… Possibly. I don’t know. I don’t know yet exactly, so just focus on getting to 100 (percent) then figure that out. -Haula

It’s an important decision for the Golden Knights as their lines would look drastically different with Haula as the 3rd center or as part of a group of seven stellar wings.

Clearly, the options look better with Haula as a center, however, he was the center of a line George McPhee went to great lengths to completely destroy in between Year 1 and 2. After doing it, he made this comment on the VGK Insider Show on Fox Sports, which isn’t exactly a ringing endorsement for Haula as a center.

We did have to change the second line from what it was last year because as far as second lines go it wasn’t good enough defensively. It produced, but the goals against per 60 minutes was not good enough. We were actually dead last for second lines in the league. -George McPhee on 8/8/18

In the event they do not view Haula as a center, it’s almost a foregone conclusion that one of the seven wingers (Smith, Marchessault, Stone, Pacioretty, Tuch, Haula, Gusev) will have to be shipped out. It doesn’t make sense to play any of those players on a line with Tomas Nosek or Ryan Carpenter and Ryan Reaves or William Carrier.

Gallant has always preferred his third line be a defense-first style line and his fourth line be a classic checking/energy line. However, his mindset may need to change with the glut of highly-skilled forwards at his disposal.

There are plenty of questions to answer in regards to how the Golden Knights forward depth chart may look in October, but the first one that needs to be answered is the position of Erik Haula.

He sure seems like he wants to be a center, but do McPhee, McCrimmon, and Gallant agree? The next move made should key us in on that answer. Unfortunately, it could be a while before that move is actually made.

**Haula went into great detail on his recovery from the knee injury during his press availability on locker cleanout day. We’ll have much more from him in the coming days, it’s fascinating stuff.**