Cassidy Weighs In On Why Golden Knights Are Struggling At Home 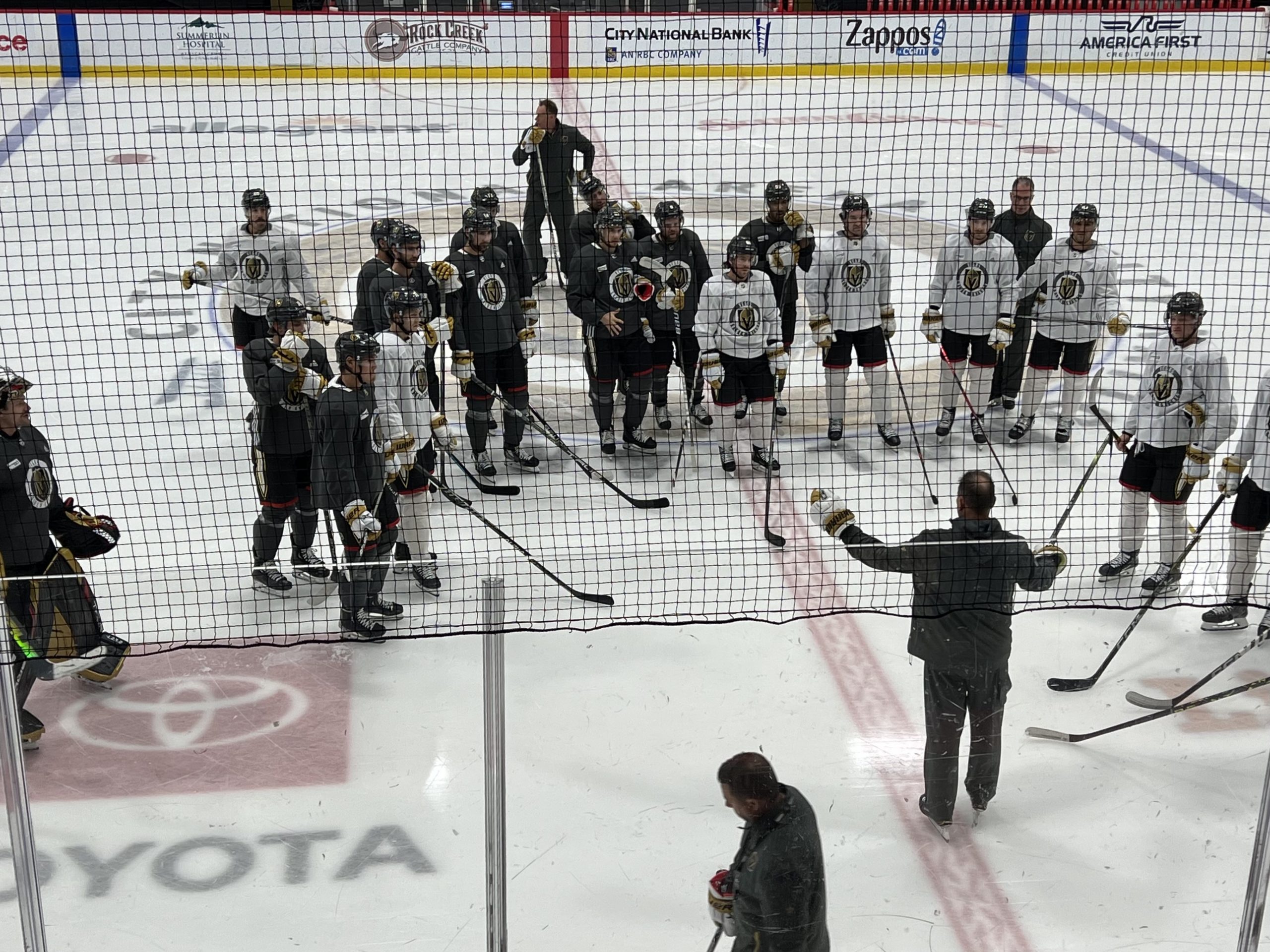 Why do the Golden Knights stink at home?

It really is the million-dollar question right now and everyone likely feels the same as Reilly Smith after the last game.

I feel like if we knew, we’d have flipped it around a while ago. -Smith

The players mostly seem to be on the same page chalking it up to coincidence and/or the randomness of an 82-game season more than anything else.

The coach, on the other hand, has a much more specific view of what’s going wrong.

At home our problem is that we’re trying to make plays early in the game against every team that comes in here. They’re ready to play and it’s not working out. It’s what we do well on the road to other teams. It’s checking well, getting pucks back, and taking advantage of our opportunities. -Bruce Cassidy

The buzzword for Cassidy is puck management.

The head coach believes pressing for offense is not only what is keeping his team from being able to score, but also forcing them to concede. His stress has been on taking what the game gives you, which changes against each team they play.

We say, there’s always ice in front or behind the other team. Tonight it was behind them. That means the puck needs to go in behind them and forecheck the puck back. Or play indirect so to speak because they have good sticks and good structure in the neutral zone. So that’s what we need to fix, the mindset. We can’t expect from the puck drop to come out and be making tic-tac-toe plays. It’s just not going to happen against good teams. You might get away with it periodically but most nights you won’t and it’s shown here. -Cassidy

He expounded a bit on the concept of ice in front or behind the opposing team by saying that often early in games teams are looking to avoid mistakes and thus defensemen have good gaps and the neutral zone is clogged up. When that’s the case, Cassidy believes the Golden Knights are still trying to force their way through making fancy skillful plays and it’s leading to turnovers and transition chances the other way.

He believes that as the game goes on, especially if his team is playing the right way early, that the ice will open up in front of the defensemen and that’s the time for VGK’s skill to shine through.

We’re a little bit stubborn and we’ve got to get through this mentality that were just going to make plays right off the puck drop. Teams are ready to go and I need to get that point across. We’re going to keep pounding away at that and at some point I hope the guys are sick of fricken losing in this building and play the right way like we did for the last 40 minutes and take your chances that way because we’re a pretty good hockey team when we play that way. -Cassidy

Luckily, or maybe unluckily, the Golden Knights have many opportunities to fix it coming up. 11 of the next 14 games will be played at T-Mobile Arena including a rematch of an emotional game with the Buffalo Sabres tonight.