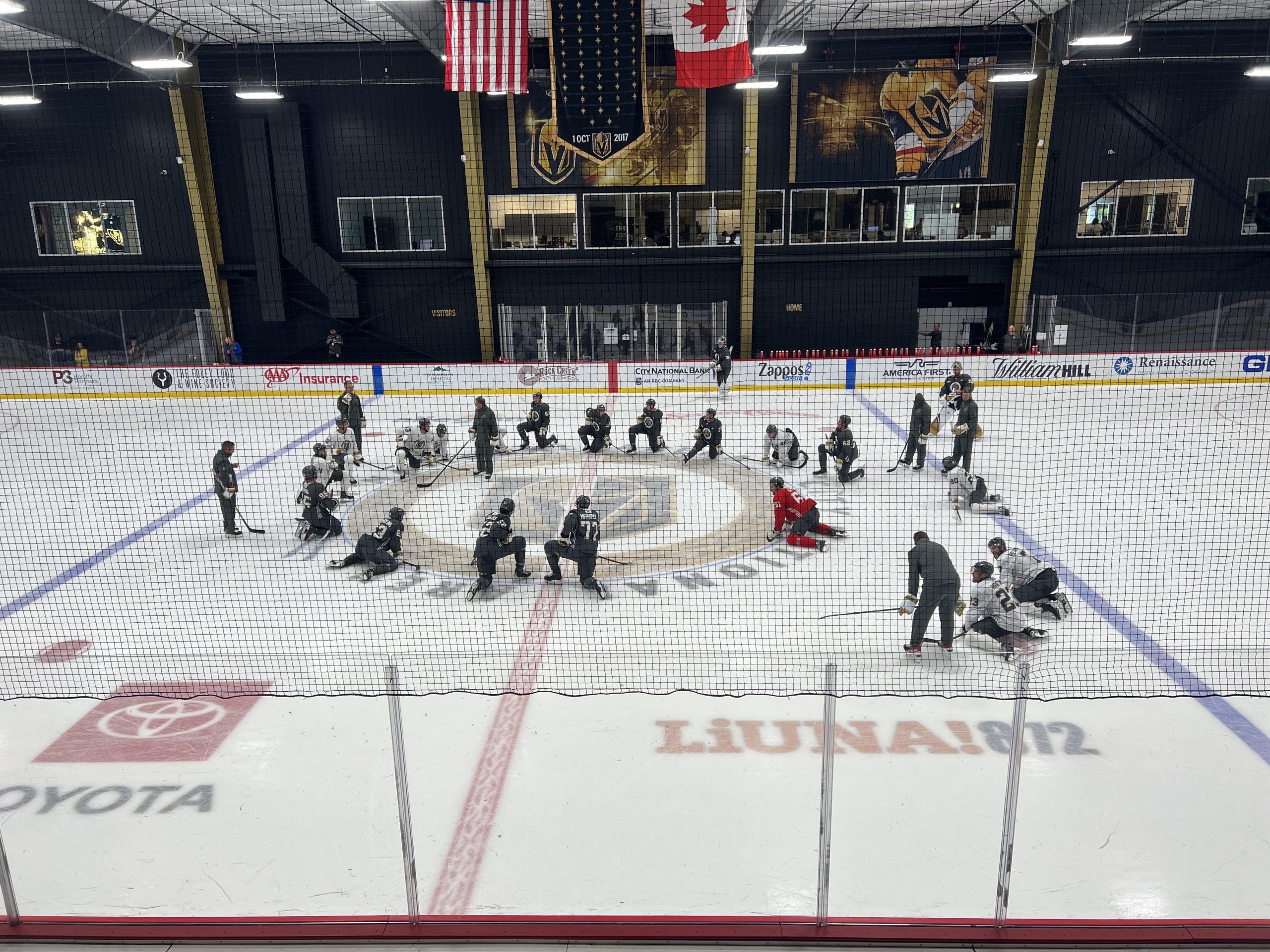 It’s just the first day of Training Camp, and each of the top three lines participated in separate practices, but Bruce Cassidy had months to consider line combinations and there’s certainly something to be said about the first ones he rolled out as head coach of the Golden Knights.

Following the three practices, Cassidy took to the podium to discuss his thinking on setting the lines for the first day of camp.

We want to get players that can play to their strengths, mesh with other people but still get a good combination of guys that can make a play, guys that are willing to get to the net to open ice, guys that are able to hold on to pucks low in the o-zone and how they compliment each other. There’s a lot that goes into it. That’s how we started and we’ll go from there. -Cassidy

What jumps off the page immediately is the brand new first line with Phil Kessel manning a wing. After averaging less than 16 minutes a night a year ago, if he holds a place alongside Eichel and Smith he’ll likely see that number increase by a couple of minutes or so.

Next, Chandler Stephenson is back in the center of the ice after spending lots of time on the wing last season.

That’s kind of where it’s at right now. I wasn’t really sure what to expect, wing or center, but it kind of seems like anybody can play anywhere right now. That’s the good thing, no one is handcuffed into a spot, it’s just let’s try these three guys or less try these other three guys. -Stephenson

Stephenson is flanked by a duo that showed great success together for Team Canada in the 2018 IIHF World Championships, Jonathan Marchessault and Mark Stone. And, of course, it’s terrific to see Stone back on the ice participating in all drills with the team following his back surgery this season.

We don’t know exactly what the lines are going to be especially with a new coaching staff coming in. (Marchessault) has been our most, or one of our most, consistent goal scorers the last number of years. He’s like a sure thing 30 goals and I think he can add a great shooting threat on the line with Pacioretty moving on. -Stone

We put some lines together and we’ll go from there. What you see now may or may not be what you see later. Guys are going to move around, that’s inevitable. How much they move around will depend on how much chemistry there is at certain times. -Cassidy

There’s so much time both in practices and in preseason games for these to change, but the first names on the board hold significance and they certainly give a bit of perspective into how Cassidy views the roster.

With two days before the first preseason game and then another game and a day off, the lines will likely stay the same through Tuesday. After that, we could start to see the first shuffle.