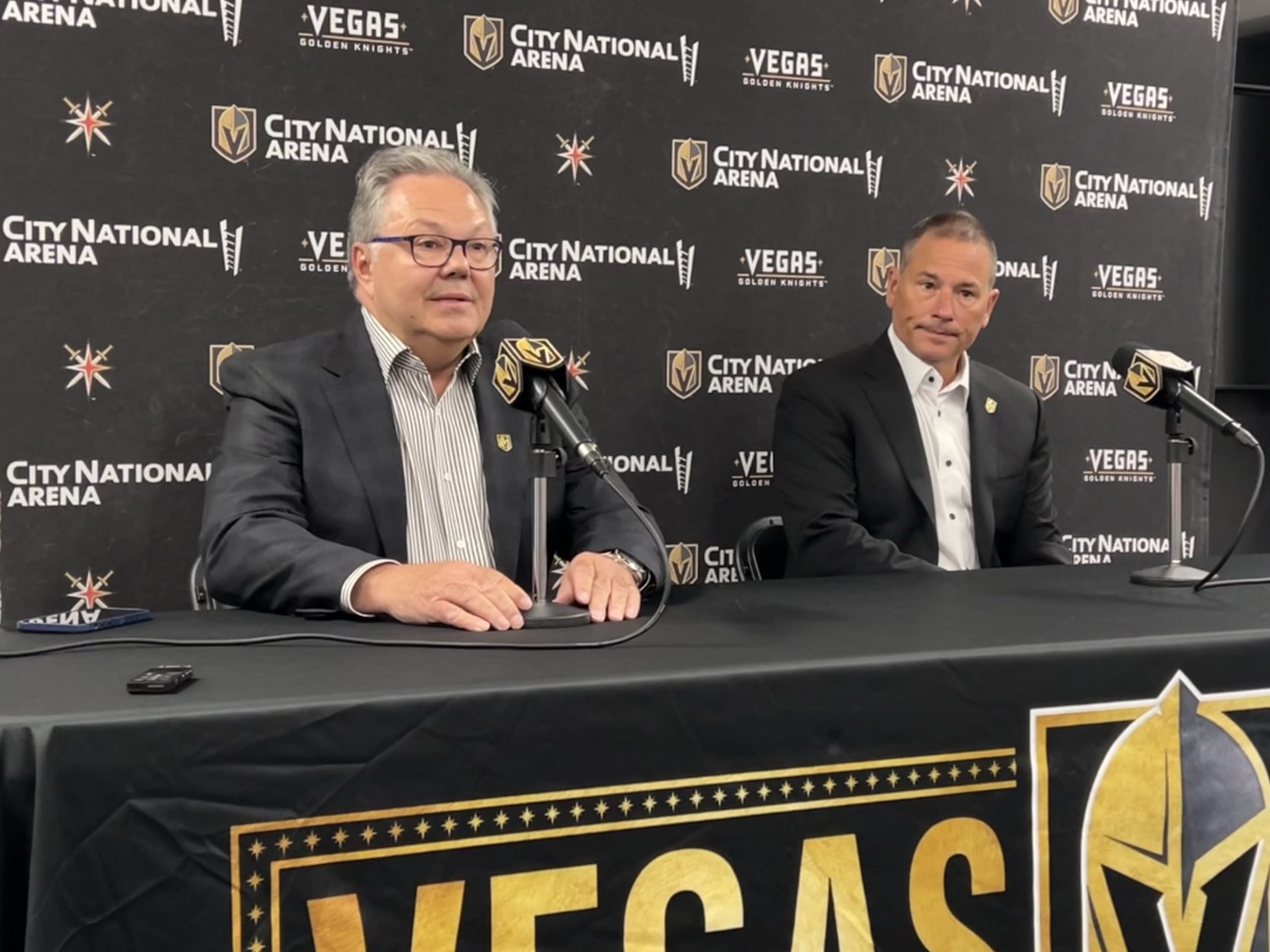 Today the Golden Knights introduced a head coach for the third time in franchise history as they set to enter their sixth season.

Gerard Gallant, the team’s first coach, led the Golden Knights through a storybook inaugural season that ended up just three wins from the Stanley Cup, the closest Vegas has ever been. 18 months later, he was out of a job, replaced mid-season by a rival who had been standing on the other bench in Gallant’s last postseason game as bench boss of the Golden Knights.

Pete DeBoer took over and got off to a winning start before the world shut down due to a pandemic. When hockey resumed, he led the Golden Knights to back-to-back conference finals before experiencing a season unlike any other in 2021-22, mired by long-term injury and resulting in Vegas missing the playoffs for the first time ever. Two weeks later, he was relieved of his duties as head coach ending a tenure the man who just fired him said, “cannot be considered anything but a success.”

As for the other coaches, Turk and Pete, I’ve gotten to know them over the years, two excellent coaches doing good jobs in the league but I thought I did a good job in Boston too and here I am. So it’s a part of the business. -Cassidy

So, why choose Vegas knowing their penchant for making rapid changes at the position he’d be hired into?

I want my name on the Stanley Cup and I believe this team has the ability to do that. If we can take care of business everything will fall into place. -Cassidy

That confidence is exactly what the Golden Knights were looking for and what they needed.

Vegas’ front office, and owner, understand their own ravenous desire to win, and they know until they find the perfect recipe, they won’t be satisfied. So, they couldn’t hire a coach simply looking to stick around for a few years, they needed one who was undeterred by the past, and brought the same lust.

Of course, that doesn’t mean it didn’t come up at all in the eight days between Cassidy’s dismissal in Boston and inking a new deal in Vegas.

I was, like any coach, trying to get some security. I will tell you I’m exceptionally pleased with my contract, there’s no issue there. -Cassidy

He wouldn’t share the exact length of the contract, instead opting to “keep that in house,” but his response was genuine and it was clear the concerns many hold for him based on the Golden Knights’ history, he does not maintain himself.