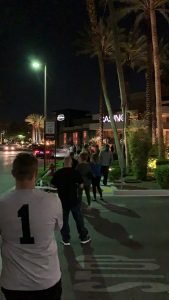 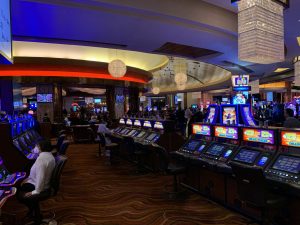 It felt like overnight we went from ordinary life to shutting down every possible avenue people had to have fun. At my local park, they locked the doors to the pool, took down the nets on the tennis courts, and even ripped the hoops off the backboards of the basketball court.

Not only had professional sports in pretty much every country halted, but it wasn’t even okay for anyone to play sports on their own for a while there. Don’t throw the football, don’t kick the soccer ball, and don’t you even dare think about getting on the ice.

Sports were under siege. Actually, no, sports were successfully snuffed out and it all happened in about a week.

They told us it was paused, but in the back of everyone’s mind was the same thought. “Whenever sports do resume, will they ever look the same?”

Casinos were equally snuffed out. With sports, they are both massive businesses that generate absurd amounts of money, but unlike “essential businesses” the world can live without them.

We just don’t want to.

Strolling around the casino gave me hope. There were new restrictions and policies in place, but the casino felt very much like what it did before. If the casinos can return, maybe sports are right around the corner. And not sports on TV in closed arenas. Sports with 17,500 people screaming when a goofy knight pulls a sword out of a stone.

Seeing the return of casinos gave me hope that this was a fleeting moment in time and that time has passed. That the precautions which were put in place either worked perfectly or were a massive overreaction.

My hope is that in the near future we’ll all be able to walk into T-Mobile Arena and feel the way I did entering Red Rock last night. I felt like casinos had returned and it gave me my first real sense of belief that the city I love will return too.

The next piece of the puzzle is sports, specifically hockey. Hopefully, that return is just as triumphant.