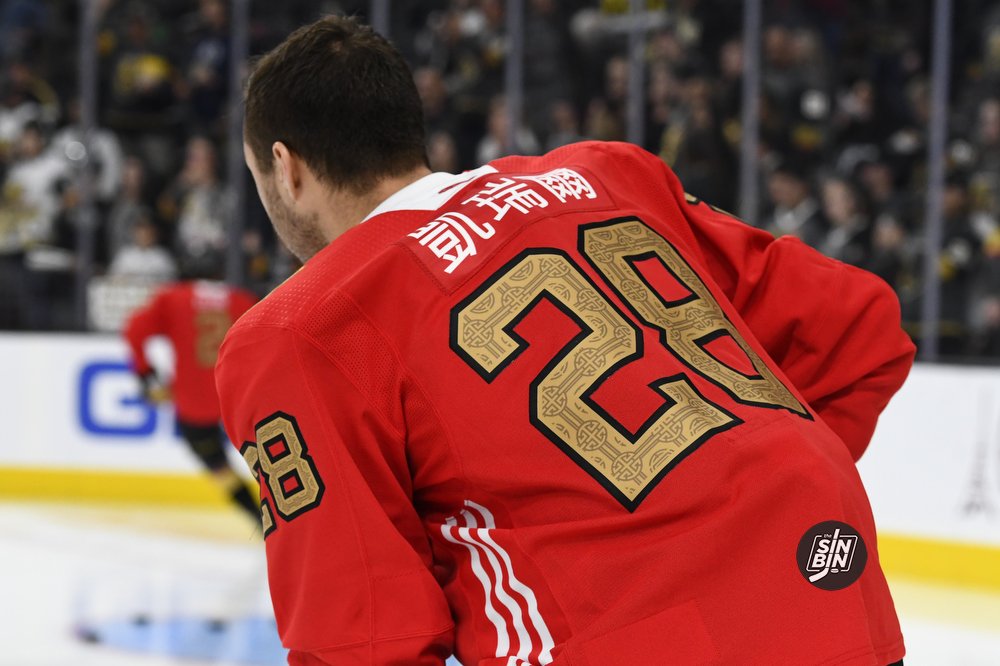 For the better part of three seasons, William Carrier has played a role on the 4th line, and he’s played it well. His versatility, however, has allowed both coaching staffs to use him up and down the lineup. When injuries occur, his quick, forceful style has no trouble handling more minutes and shifts.

After his latest stint on the 3rd line, Carrier is heading back to the place he knows best, 4th line left wing. It’s not a problem for him though, he accepts his role on the team and enjoys his strong bond with linemates Ryan Reaves and Tomas Nosek. Also, let’s face it, the 3rd line isn’t as fun.

I had a great time playing up there but for right now I think Karly is coming back. So I’ll head back with Reavo and Nosey out there… I think our 4th line has more goals than the 3rd line. -Carrier

Carrier didn’t bitch and moan or pout. It’s an important job being a utility player that occasionally fills in for injured teammates. There’s zero ego with Carrier. He gives max effort every night, never veers from his aggressive style, and will do whatever the coaches ask.

It’s all about roles. I can go out there and play top roles but I’ll probably turn the puck over more times than I’d make the plays. Sure, I would pick up more points than I have now, but as a 4th line we can’t do that. We have to be a plus-one line every night.-Carrier

The Golden Knights recognize #28 as a hard-working, heavy forechecking type player. A better scouting report would be, Carrier’s a bull that will create an exciting scoring chance and a glass shaking check in the same shift. His nightly consistency gives DeBoer the option to use him to help pick up the tempo, or bring some life to his club.

This group of guys know what role we have. Each guy knows what they have to bring night after night. It’s working out for us. Everyone is mature and everyone’s got their role. If you don’t get your role, than those guys aren’t with us no more. I think they’re trying to keep the guys around that fit best with the team. Every guy here has their own role, and we try and fill them as best we can. -Carrier

When Carrier talks about maturity and understanding roles, you realize how dedicated he is to winning. He executes his assignments, knows everyone else’s, and is prepared for anything. He’s highly aware of the team’s objectives.

I was a point a game guy in juniors. Maybe now, I don’t try those plays the top guys make. When there’s a chance to create an offensive play I’m going to try it out. I think it’s all about poise, confidence and making plays.-Carrier

This season, Carrier is on pace for career bests. He’s already passed his mark for most games played, and will more than double his highest point total. He’ll tell you to put the statistics aside though because winning means more than any personal accomplishment.

It’s always team-first with this guy.