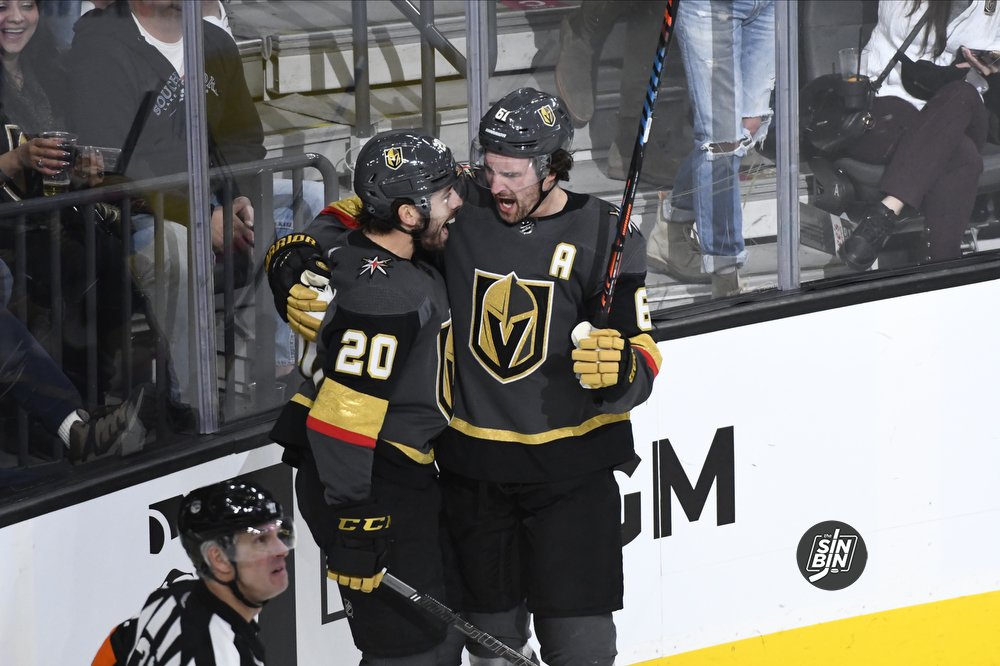 Ever since he was traded to the Golden Knights, Chandler Stephenson has done everything he’s been asked to do. And he’s done that and more.

From centering the team’s most talented line, helping the penalty kill, and even scoring a game-winning goal in 3-on-3 overtime. Stephenson has done so well in his role that the team trusted him to play another, 1st line forward.

I don’t really think there’s too much of a challenge. With the type of players I’ve been playing with, you know they make my life really easy. Stoney, Patch, Smitty, Karly, are all All-Stars in my mind. They’re fun to play with. -Chandler Stephenson

You think it would take some time to adjust during a game to new linemates, even for the professionals. However, Stephenson feels no pressure to make immediate chemistry with anyone Gerard Gallant has assigned him with.

They do all the dirty work and they let me play my game without telling me where to go, or do this, do that. They just let me play. That’s nice and relaxing at the same time. -Stephenson

Position adjustment doesn’t bother Stephenson either. Mainly he’s been a center in Vegas, but he’s played plenty of wing in the NHL. Either position, he will find a way to pitch in.

You have a little bit more responsive at center. At wing, your more of a straight line. It’s not too much of difference for me since I’ve played so much over the years. At center, you know you need to be more defensive but for the most part it’s pretty similar. -Stephenson

The same goes for forward William Carrier. One of the original Golden Knights has mostly been relegated to the fourth line playing alongside Ryan Reaves, Tomas Nosek, Nicolas Roy, and others over three seasons. Lately though, he’s been bouncing around filing holes when needed.

I try to play the same way. It doesn’t change much for my game, no matter who I’m playing with. Obviously, you gotta get used to everyone. Everyone plays a little different game so it’s just an adaptation. -Carrier

Carrier enjoys helping his club when injuries occur, wherever he’s needed in the lineup. However, the bruising forechecker insists he doesn’t change his game. No matter what line he lands on.

There’s value in being an interchangeable part like Stephenson and Carrier have been lately. It’s a confidence boost when Gallant plugs them into a position of need.

I’ve been playing well for the past few months. I got to keep going. It’s the best league in the world, everyone can get plugged in. When you get the call to get up there it’s always fun. -Carrier

In both cases, Stephenson and Carrier are proving to be valuable assets for Gallant. The ability to trust players enough to juggle them up and down the lineup is like finding an extra C-Note in your pocket. Only difference is, Gallant finds a lot more dead presidents in his wallet then we do.

Consecutive Goals Both A Blessing And A Curse