Carp: Turning A Negative Into A Positive

There’s been so much to process this week with the coronavirus outbreak and its impact on our daily lives. In my regular job as editor of Gaming Today, our world is changing by the hour as casinos shut down parts of their operation, people are being paid off and the Las Vegas economy goes in the tank. It’s hard to stay on top of the news and frankly, it’s extremely depressing.

Not having hockey to watch and cover is also depressing. I won’t lie to you, I miss going to T-Mobile Arena to watch the Golden Knights and I miss the NHL in general.

But ultimately, this negative can be a huge positive, both for the team and its fans. Ken touched on it the other day when he correctly pointed out that the hiatus will allow Vegas’ injured players to heal up and be ready for the resumption of the season.

Let’s face it, the prospects of going to Minnesota Thursday and Colorado Sunday without Mark Stone and Max Pacioretty would have been bleak, especially given that every game is so critical. But with that no longer being a concern, they, along with Alex Tuch, Chandler Stephenson and every other player who is dealing with aches and pains, have time to recover and get themselves ready to return to the ice.

Of course, the other 30 NHL teams have that luxury too. But I would not worry about that if I were you. Your focus is on your team and this is a good thing.

It’s also a chance for newcomers Robin Lehner, Alec Martinez and Nick Cousins to get their personal lives together, stabilize their domestic situations and settle in. Imagine how hectic it has been for them changing teams and cities in the middle of the season and how stressful it has been for their families.

They can put this downtime to effective use and get their bearings in Las Vegas.

There’s also the possibility the Knights could get stronger and add more depth to their roster. The NCAA has shut down its hockey season and that means Providence’s Jack Dugan can make a seamless transition from college to pro if he chooses to.

When I talked to Dugan in January before the Fortress Invitational, he made it clear that his intention was to play in the NHL and to do it with the Golden Knights. I would be shocked if he hasn’t already hired an agent and has undergone contract discussions with GM Kelly McCrimmon on an entry-level deal.

How much would Dugan help? How would he handle the jump to the NHL? How quickly could he fit in? No one has the answers to those questions, but it certainly would be interesting to find out. Peter DeBoer may be a bit more open-minded toward giving Dugan a shot than Gerard Gallant might have been (see Nikita Gusev). At the very worst, he goes to Chicago of the AHL, gets called up for the playoffs and works as one of the Black Aces, putting him in a position to be ready if the Knights need his services. That is assuming the regular season in both the NHL and the AHL resumes at some point. If not, he likely joins the Knights for the playoffs and we see where it goes for him.

But while Dugan is an unknown quantity at this point, we do know what Stone and Pacioretty can do. We know what Tuch and Stephenson can do. We’ve seen what Nick Cousins has brought in his brief time with the team. And we’ve seen the contributions Nic Roy has made. If you want to throw Brandon Pirri into the equation, that’s fine too.

The time off is going to give DeBoer a chance to assess what his lineup might look like once it is whole, something the Knights have not had the luxury of boasting all season. It still is that way when you consider Cody Glass will not be available regardless of how long it takes for the season to resume. But for this discussion, let’s take Glass out of the equation.

You’re DeBoer. You suddenly have a glut of forwards. What do you do? Do you put Tuch and Stephenson together with Cousins and there’s your third line while making William Carrier, Tomas Nosek and Ryan Reaves your fourth line?

I have no idea what DeBoer is thinking. My guess is he’s an “If-it-ain’t-broke-don’t-fix-it” kind of guy and he probably will leave the top six the way they are. 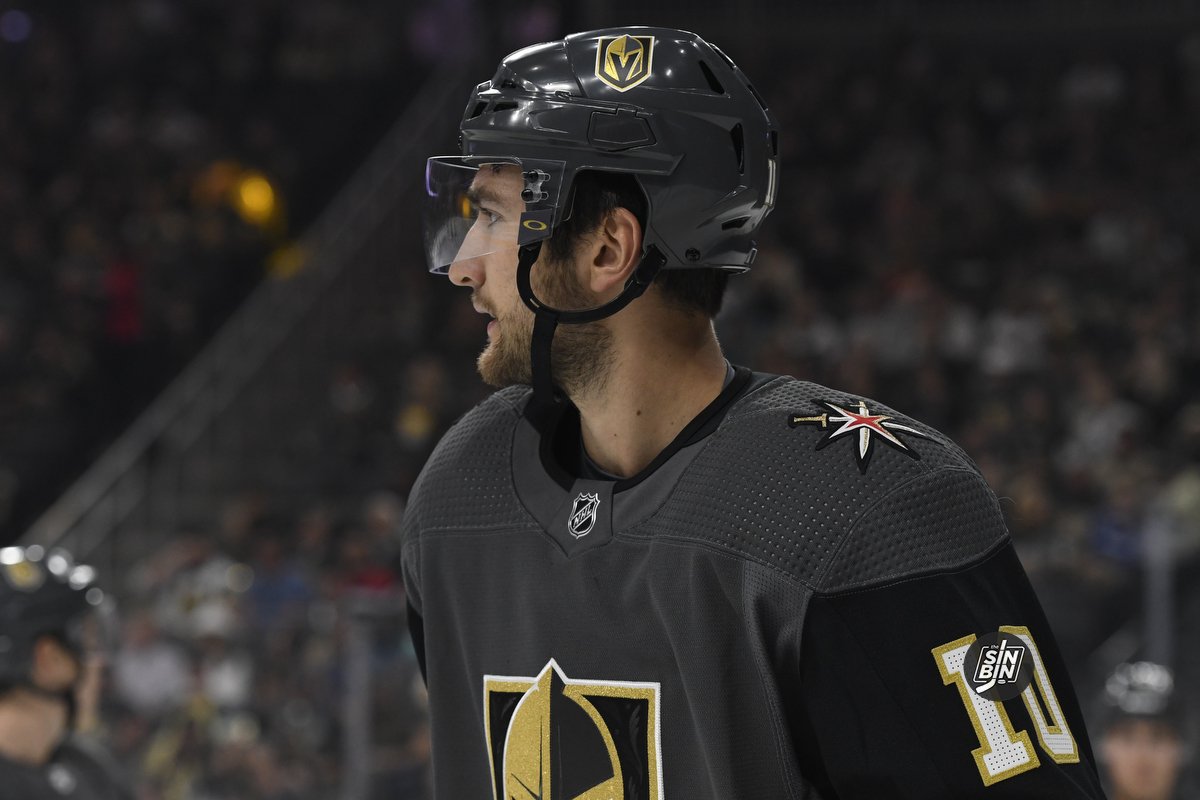 As for his bottom six, Roy is the wild card in all this. He has played well with whoever he has been put with. His game has perked up noticeably and he has become a true asset to this team.

We all know what Tuch can do when he’s healthy. However, DeBoer really doesn’t. He has coached Tuch for just 10 games. In that time, Tuch has two goals and an assist. He hasn’t played since Feb. 13 against St. Louis. Ironically, that was the night he had a goal and an assist, one of three multi-point games for him this season. The other two came back in early December.

Roy, on the other hand, has a larger sample size playing for DeBoer. He’s appeared in 17 games and he has four goals and three assists. His TOI was starting to increase as well. Against Edmonton Monday, he played 18:19, a season high.

I’m not suggesting Tuch sit and Roy play. I’m saying DeBoer may be considering trying to find a way to keep Roy in the lineup given his production of late.

These are nice problems for a coach to have. Just like it is having two quality starting goaltenders. But let’s save that particular discussion for another day, shall we?

We’ve got lots of time on our hands, hands which I hope we’re all washing regularly in our effort to stay safe.