By nature, I’m no conspiracy theorist.

I don’t believe in aliens. I think Oswald acted alone when he assassinated JFK. I’m pretty sure Elvis is dead, though when I see Nick Ferraro perform as the “Philly Elvis,” sometimes a shadow of doubt creeps into my mind (only kidding).

But I have to admit, what I’m seeing with Russian-born players and the Golden Knights has me scratching my head and wondering just what the hell is going on? 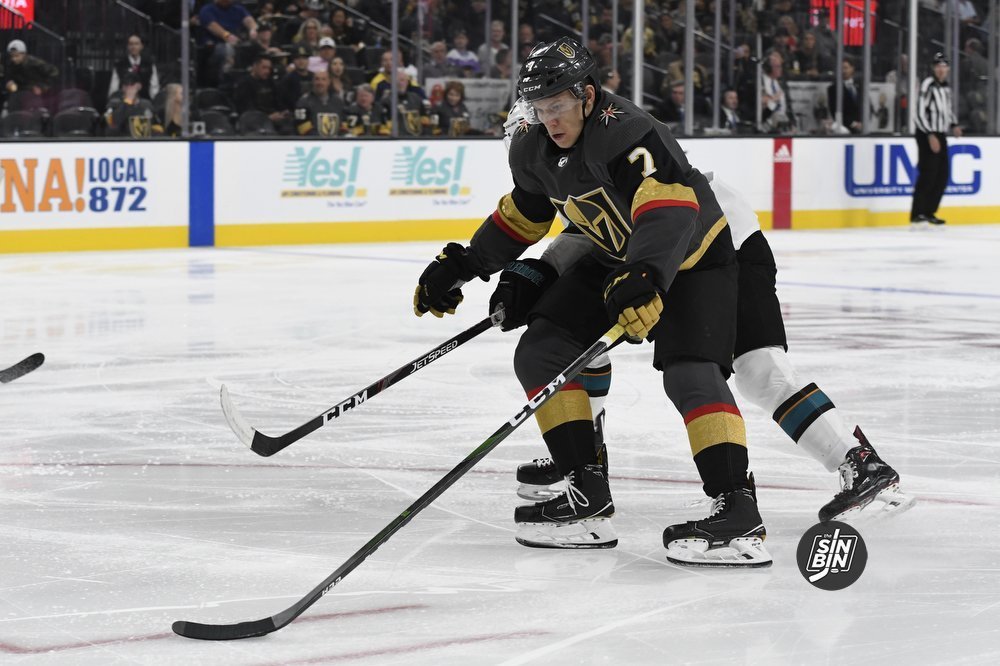 In the brief three-year history of the franchise, there have been three Russian players who were with the Golden Knights — Vadim Shipachyov, Nikita Gusev and Valentin Zykov. Their contributions have amounted to virtually nil. Two of the three have not had pleasant endings and Zykov could also find himself exiting with a less-than-favorable sendoff once his 20-game suspension ends.

First, let’s be clear about all of this. I’m not accusing George McPhee of sabotaging the NHL careers of the trio. Remember, this is the guy who drafted Alex Ovechkin when he was the general manager in Washington and no one’s going to deny that worked out pretty well.

So if you want to paint McPhee as a modern-day Harold Ballard who detested the Russians and perhaps saw their existence in the NHL as a necessary evil, you’d be missing the mark by a country mile.

That said, the fact none of the three have made a positive contribution to the franchise makes you wonder if something is amiss in the evaluation process or in the projection of what these guys could do.

Shipachyov didn’t produce, was sent to the minors, balked at being demoted and was eventually released after playing just three games and scoring one goal. He and his family never found a comfort level in Las Vegas nor was he able to find a comfort level on the ice. He is currently back in the Kontinental Hockey League playing with Dynamo Moscow and he leads the team in scoring with 21 points.

Gusev never got a chance to show he couldn’t play with the Knights. He was unable to break into the lineup during the playoffs, his time on the ice limited to practice. And when the Knights found his asking price to remain with the team was too steep, he was off to New Jersey. He’s doing pretty well with the Devils. He had three goals and four points in his first seven games and has quickly become a fan favorite in Newark.

Zykov, who had two goals in 10 games last year playing limited minutes (he averaged 11:37 TOI during his 10 games last year), worked hard over the summer, made the team out of training camp and had two assists in his first seven games playing on the third line before he got popped for violating the NHL’s performance-enhancing substances program.

I’m not going to get into the whole issue about how it went down, how Zykov essentially got thrown under the bus by some of his teammates and how McPhee reacted. That has all been covered.

I will say it would be disingenuous to think what happened to Zykov and what happened to Nate Schmidt a year ago are the same. The fact is, we’ve never known what was found in Schmidt’s system to trigger the positive test and we’re probably never going to know what exactly Zykov was taking (he and his agent said they were over-the-counter supplements).

Until the NHL becomes more transparent with its drug policy and the testing is more rigorous, you’ll never get the truth.

So, what happens when Zykov serves out his suspension? Do the Knights welcome him back? Do they claim he breached his contract and subsequently cut him loose and eat his $675,000 contract? Do they send him back to the AHL?

The fact his locker was cleaned out and his nameplate removed from the locker room at City National Arena may make you believe his time in Vegas is over. The team’s not going to tell you that. When and if that decision gets made, the team will put out a release, McPhee probably will let the release speak for itself and that’ll be that.

So given what we’ve seen and what we know, it begs these questions;

* If you’re a player from Russia and you’re a pending free agent, is Vegas a place you want to go to based on what you’ve seen happen to your fellow countrymen?

* If you’re an agent for a Russian player, are you going to veto any attempt to have your client traded to the Golden Knights?

* If you’re McPhee and GM Kelly McCrimmon, do you maybe tread lightly when thinking about adding a Russian player to the roster?

I always believe that every individual’s situation is unique. The fact the three Russian players to have been on the Knights’ NHL roster have not panned out doesn’t mean if you’re from Russia and you come to Vegas, you’re automatically doomed for failure. It’s about maturity, talent and an ability to adjust to a culture and a country you’re not accustomed to. 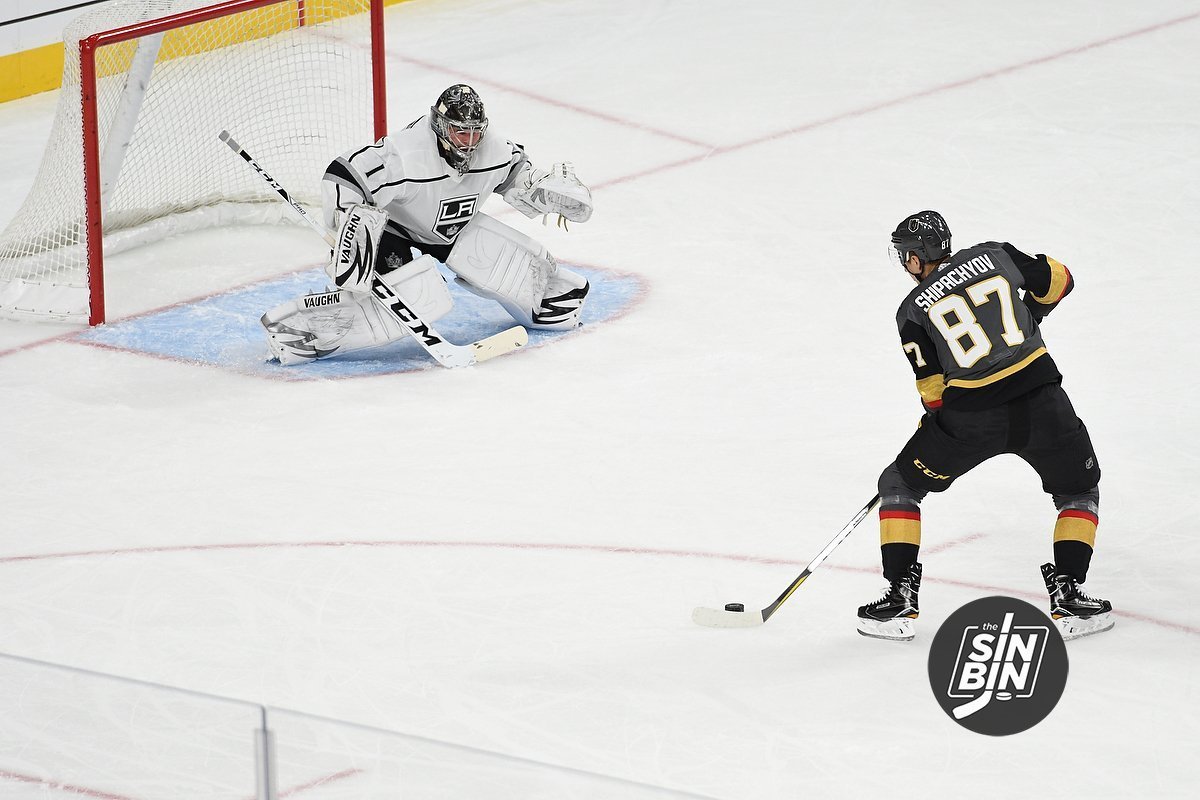 Shippy never was able to do that. Gusev wasn’t here long enough to determine that he could or couldn’t live in Vegas. Zykov appeared fine living and playing here.

Maybe the Knights need to do a better job as an organization when it comes to due diligence in evaluating whether a player from Russia, or any other foreign country for that matter, can be comfortable living and working in Las Vegas.

We may have a test case coming in the next couple of years. You may recall in June 2018, the Knights drafted center Ivan Morozov in the 2nd round. Morozov was the team’s first selection in that draft. He’s just 19 years old. He was Gusev’s teammate last year at SKA St. Petersburg of the Kontinental Hockey League. This year’s he’s playing in the MHL, the KHL’s top feeder league. At some point, he’s going to get his shot to play in the NHL.

Maybe he’ll learn to speak and communicate in English. Maybe he’ll find a comfort zone in Las Vegas, or at least in Summerlin. Perhaps he’ll display enough maturity to handle the change in cultures. Maybe his game will fit in with the rest of the team’s and he’ll have a productive career with the Golden Knights.

The Knights also drafted Pavel Dorofeyev, a forward in the third round of the 2019 draft. He’s playing in the KHL with Magnitogorsk Metallurg and in 17 games he has four goals. Maybe Dorofeyev eventually makes it here too.

Time will tell. Meanwhile, it has been a strange coincidence that so far, Russian players have not panned out with the Golden Knights. Maybe they didn’t subscribe to or fit in with the Knight culture Bill Foley created, though there were knights in Russia back in medieval times according to Wikipedia.

Then again, maybe not everyone is cut out to be a Knight. Even in 2019.