The NHL trade deadline is eight days away. So now is as good a time as any to look at what the Golden Knights might do. Or should do.

Don’t be fooled by Saturday’s offensive outburst in their 5-1 win over Nashville which snapped the five-game home losing streak. They need more scoring.

So who should they go after? 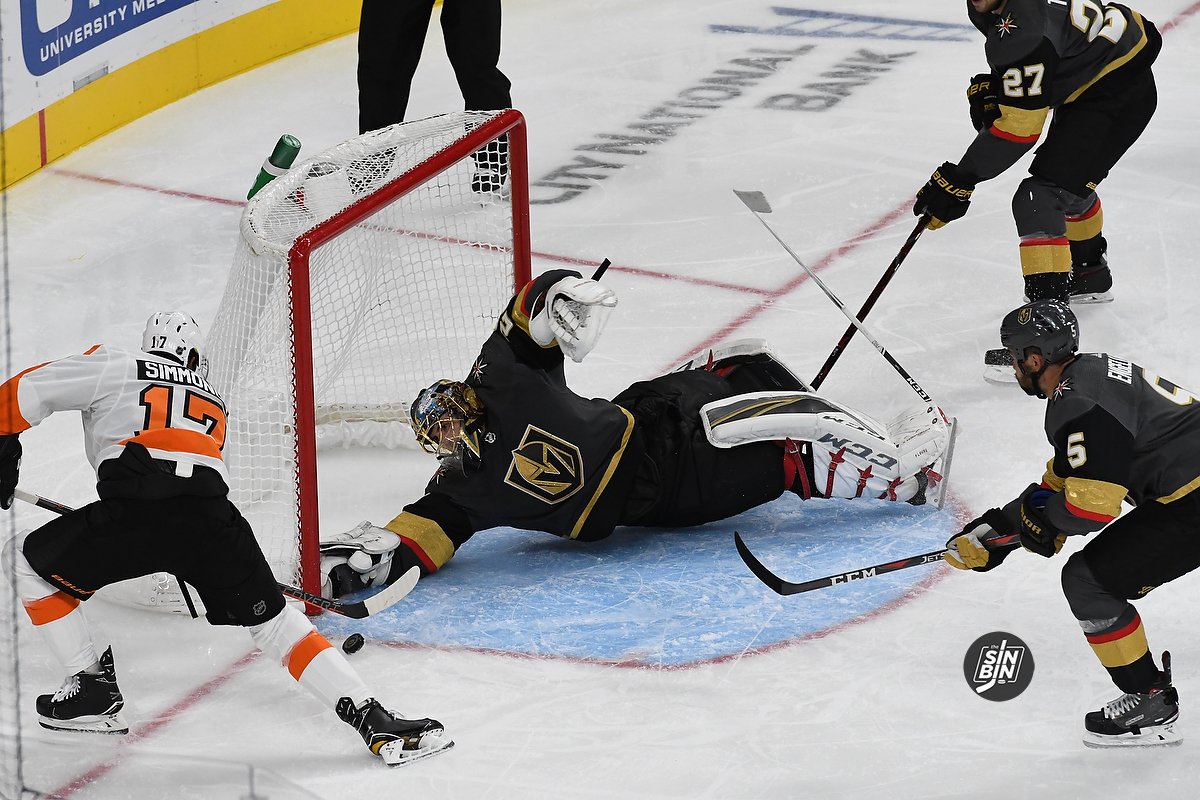 There’s Artemi Panarin of Columbus who might be available. Philadelphia may be willing to part with Wayne Simmonds. The Rangers could be talked into trading Mats Zuccarello. Ditto for the Devils moving Marcus Johansson, a move Ken endorses (more on this by him tomorrow).

To me, the Knights should have one target at the top of their list — Ottawa’s Mark Stone — assuming, of course, that he’s still on the market. The Senators reportedly are trying to get him to agree to a contract extension and remain in Ottawa.

But let’s play along and go on the basis he is available.

Let’s start with the fact the guy is really good on a really bad team. Ottawa is the NHL’s worst team and is a hot mess, both on, but especially off the ice. A change of scene going to a winning organization would no doubt help Stone.

He’s only 26 years old. He’s on his way to having the best season of his career with 27 goals, 32 assists and 59 points through 58 games. His previous best was in 2015 when he had 26 goals, 38 assists and 64 points with the Senators. He would fit in nicely with Vegas’ up-tempo style of play and skating with better players would likely bolster his productivity.

The downside? Stone is making $7.35 million and will be an unrestricted free agent on July 1. If you’re GMGM, are you positive you can sign Stone to an extension? McPhee is not a big rental guy so you would have to think that if he’s going to deal for Stone, it’s with the understanding he can sign him long-term. Stone is represented by Craig Oster of Newport Sports.

Of course, Vegas isn’t the only team interested in acquiring Stone’s services. Winnipeg, which played and lost to Ottawa in overtime Saturday, is said to be interested. Calgary may also be in the mix to make a run at him.

Assuming Stone was paid the same money to remain in Vegas, he would become the team’s highest paid player. Most likely, he would command a bump up in salary. But no matter what he would make as a Golden Knight, it would be substantially more than what he’s currently putting in the bank in Ottawa.

Remember, there’s no state income tax in Nevada while Stone is paying high national and provincial taxes playing in Canada. That money saved goes into his pocket, not the government’s.

And the quality of life here in Southern Nevada should appeal to him. A chat with any of the Knights’ players will convince him of that.

And then there’s the Kelly McCrimmon connection. McCrimmon coached Stone in juniors with the Brandon Wheat Kings and whether or not McCrimmon remains as Vegas’ assistant GM long-term shouldn’t impact Stone’s comfort level.

I also think Stone would enjoy playing for Gerard Gallant, who is a players’ coach.

Could the Knights afford Stone long-term?

As things stand for next year, Fleury and Max Pacioretty will command the highest salary at $7 million each. Paul Stastny will make $6.5 million. So that’s $20.5 million tied up in three players for 2019-20.

The Knights also have William Karlsson to deal with. Wild Bill is making $5.25 million this season and will be a Restricted Free Agent at season’s end. He’s not putting up the record numbers of a year ago but he is having a solid season. It will be interesting to see how McPhee plays this one.

But there’s room with the team’s salary cap — approximately $16 million — to take on someone with Stone’s salary structure. So money isn’t going to be a major issue.

What would it take to get him?

My guess is a package of a defenseman, a forward, a prospect and/or a pick. McPhee and Pierre Dorion, the Sens’ GM, know each other well. Remember, the two teams nearly pulled off a blockbuster trade at the deadline a year ago for the Knights to acquire Erik Karlsson.

So what could a Golden Knights package look like?

Start with Colin Miller, who is signed through 2022 and has an AAV of $3.875. That’s roughly half of what Stone makes so Ottawa would be cutting salary on that alone. Miller is only 26, can move the puck and would be a boost to the Senators’ power play. He is currently a third-pairing D in Vegas. In Ottawa, he likely becomes a top-pair defenseman.

Plus, McPhee trades him out of the Western Conference which means the Knights would only see Miller twice a year.

And don’t forget, Erik Brannstrom is waiting in the wings to make this team out of training camp next year. He is projected to be a big-time player, so losing Miller short-term shouldn’t be a big issue.

In addition, Jon Merrill has been playing his best hockey the last month or so and they’ll get Nick Holden back at some point. Somehow, I can see the Knights surviving the loss of Miller via trade.

As for the rest of the puzzle, perhaps Ottawa is willing to take back Brandon Pirri or Oscar Lindberg to get some of the scoring it’ll be missing from parting with Stone. Yes, Pirri had been in deep freeze offensively prior to scoring Tuesday against Arizona and getting his 10th of the season Saturday. But he’s making only $650,000.

Even Ottawa can afford that. There’s no term to worry about with him either as Pirri will be a UFA at season’s end.

Ditto for Lindberg, who is a pending UFA and is making $1.7 million. Maybe a change of scene would get Lindberg going again. He’s only 27 years old and I think he still has some shelf life even though his offensive numbers with the Knights have been subpar. Lindberg has scored in his last two games, including the team’s fourth goal Saturday.

Now, what about the rest of the potential trade from Ottawa’s standpoint? The Knights aren’t likely to move Brannstrom, Cody Glass or Nic Hague. But maybe they offer the Senators Ivan Morozov, their second-round pick of 2018 from Russia who is playing in the KHL. Or perhaps they can convince Ottawa to take Reid Duke or Zach Whitecloud or Daniel Carr, all of whom are playing in the AHL with Chicago.

As for draft picks, the Knights have nine picks in this year’s NHL Entry Draft, including three in the third round and three in the fifth. I don’t see GMGM dealing the No. 1 or No. 2 pick. But a third-rounder or a fifth-round selection? Absolutely.

Dorion is going to want a lot back. And he should demand a lot. And with other teams shopping for Stone, the price of poker could be steep when it’s all said and done. The reality is the Knights are going to have to give up something to get something.

The question will be, how much will be enough to get Mark Stone to come to the desert? I wouldn’t bankrupt the franchise to get him, but I would certainly take a serious run at trying to get him out of Kanata before falling back to Plan B or C.