The Golden Knights were last seen together last Tuesday in Boston. We’re not going to see them again until Friday in Raleigh.

For some of you, this has been tough, not being able to watch your favorite team, or even attend a practice.

It’s been tougher on coach Peter DeBoer, who had all this time at his disposal but was unable to get his team on the ice for what would’ve been a mini-training camp. The NHL’s CBA doesn’t permit teams to practice during the All-Star Break or during a team’s mandatory mid-season hiatus.

Instead, DeBoer likely spent the time away from the team getting familiar with the way the team operates. He probably has huddled with his staff to go over some of the things he tried to institute in his first three games on the bench after taking over for Gerard Gallant in Ottawa. He got his personal affairs in order and perhaps started looking for a place in Summerlin for he and his family to live.

But it’s going to be a while until things get a sense of normalcy to them or the Knights become whole again. In fact, there’s a good chance we don’t see this team the way it was initially constructed much, if at all, the rest of the season.

Let’s start with this Friday against the Hurricanes. Marc-Andre Fleury will not be in net as he opted to take that game rather than sit out the contest vs. the Bruins for his one-game suspension after opting out of the All-Star Game Saturday. So you’ll see Malcom Subban on the ice at the PNC Arena with either Garret Sparks or Oscar Dansk backing him up. 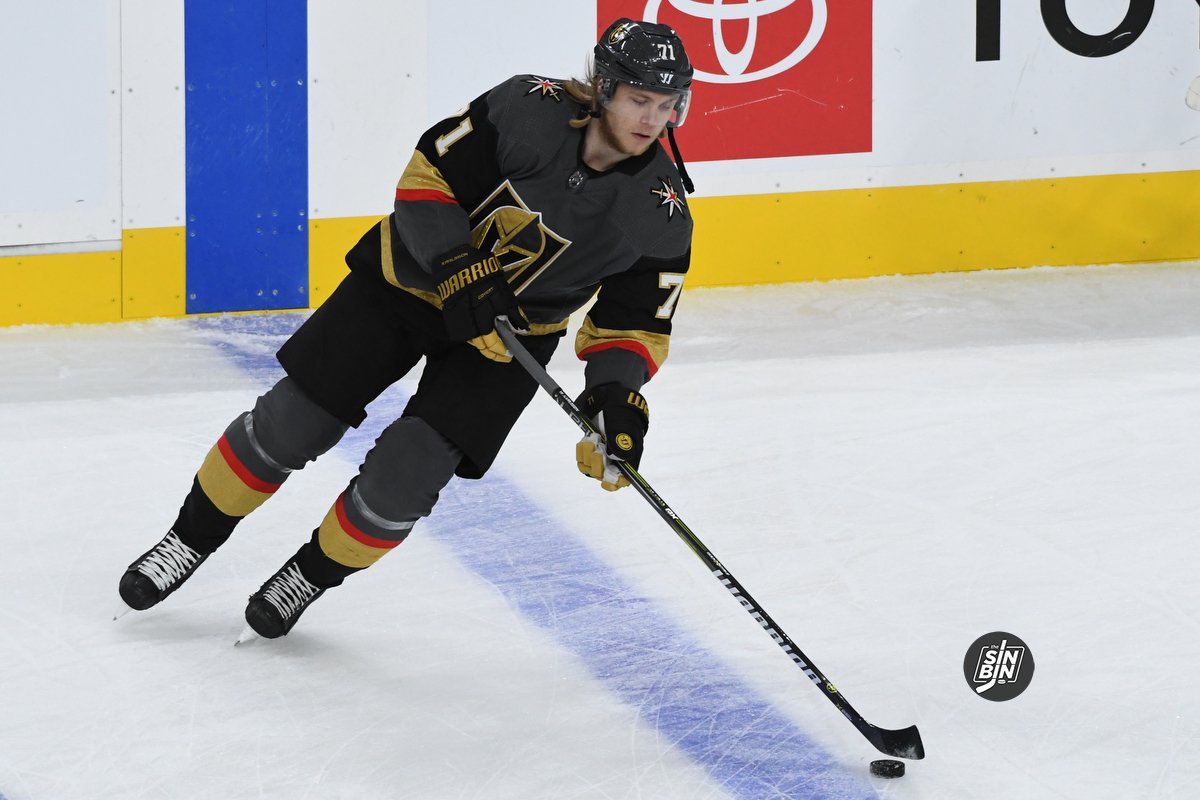 Then there’s William Karlsson. Will he be ready to go against Carolina Friday? Or is he going to need more time? While Wild Bill tends to his injury, DeBoer has to continue to shuffle things around. He’s had Chandler Stephenson centering for Reilly Smith and Jonathan Marchessault the first three games of Karlsson’s absence from the lineup. Will that continue? Probably, given Paul Stastny’s game has perked up since being reunited with Mark Stone and Max Pacioretty.

There’s another missing center — Cody Glass — who has not played since Jan. 4. His knee is presumably improving and perhaps he returns on the four-game road swing through the Southeast. What does DeBoer do with Glass once he’s ready to play?

But the biggest threat to continuity? Feb. 24. That’s the NHL trade deadline and it would be the biggest stunner if the Knights don’t make a deal and opt to stand pat.

The likelihood is Kelly McCrimmon makes a couple of moves, perhaps even a blockbuster one, especially if the Knights continue to struggle and fail to get back to or near the top of the Pacific Division.

In the wake of Gallant’s firing, a message had to be sent to the players in the locker room — if a popular, successful coach can be let go, your job is also vulnerable.

The challenges for McCrimmon and George McPhee are finding willing trade partners and dealing with a salary cap that offers little space to work with. This is where their smarts and creativity will be challenged — improve the team and do it in a way without mortgaging the long-term future of the franchise.

Even if the Knights are in first place in the division at the deadline, you can expect a move to be made. How big? It’ll depend on the immediate need and the overall health of the roster.

Everyone assumes Vegas will deal for a defenseman. But what if there’s a rash of injuries to the forwards? You never thought you’d see Karlsson out of the lineup, did you? Ditto for Marchessault. But both have missed time. Perhaps a forward becomes a higher priority.

Everyone’s fixated on the upcoming four-game road trip and what’s going to happen there. I’d be concerned about a five-game homestand in February which may truly define what the Knights do at the trade deadline. Vegas is going to play five teams, all of which have winning records and are in the top-three in their division.

It starts with St. Louis on Feb. 13. Then the Islanders come in on the 15th, followed by the Capitals on the 17th, the Lightning on the 20th and the Panthers on the 22nd. There’ll be 10 possible points in those five games and depending on the outcome of the homestand it could dictate what McCrimmon does, or doesn’t do.

Even though this morning the Knights are just one point out first place, the orders from up top are to win now. We know changes are coming. How big may well depend on what the next three weeks reveal.