I got a chill Saturday morning, and not just because I was up in Reno.

The NHL is considering closing its locker rooms to the media because of the coronavirus and it hit me like a hard slap in the face. It made me wonder if more extreme measures are coming, like putting the current season on hold, or worse, canceling the rest of the year.

On the surface, closing the room to the media seems like an extreme move. Those conversations between players and reporters are important to the game. It helps connect the fans to hockey. 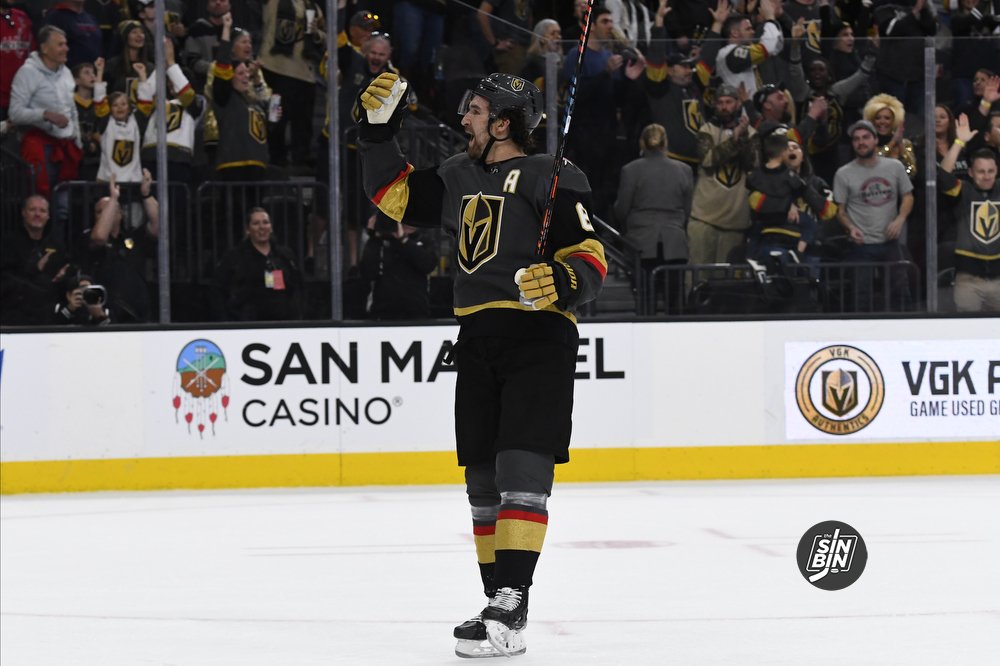 But when you think about it, it’s about player safety. Granted, you would like to think that those of us who cover the league would be smart enough to stay out of the locker room if we’re under the weather. But when you have pressure from editors to get stories and you’re facing stiff competition on the beat, you usually put your health second and forge ahead.

That’s obviously not the smart thing to do but that’s the way it usually works. It’s the competitive nature of the journalism business.

Frankly, if I was a player, I probably wouldn’t want a TV guy with the flu next to me. And nobody knows who has or doesn’t have the coronavirus since you can’t get tested because there aren’t enough kits available and there’s no vaccine to immunize you from it. You may have it and not even know it. Or you could be sick as a dog with similar symptoms and not have the coronavirus and it could be just a regular bout of flu.

The NHL can’t roll the dice when it comes to the unknown. It has to protect its investment, which is the players and the game itself. But I’m not sure a “mixed zone” environment where reporters and athletes are separated by a rope in conducting postgame business would be any safer. Your proximity to the athlete is virtually the same as if you were inside the locker room gathered at his stall.

Some teams have instituted a closed room policy. Others are having a wait-and-see attitude. I imagine the NHL will have a blanket policy in place regarding locker room access, perhaps as early as today.

But make no mistake about it, it’s going to impact how teams are covered, how news is reported and what you read here at SinBin. Ken and Jason are daily visitors to City National Arena, me, a little less frequently. The amazing work they and the rest of the media group which covers the Golden Knights do will be hampered by this edict.

We may not get to talk to everyone we want to. We may not have the one-on-one time with the players and get those juicy nuggets you crave. It will be a far more homogenous relationship going forward and I’m guessing you won’t like it any more than those of us who have to work under the new restrictions will.

But better to be safe, or as safe as possible. And if it means fewer pearls of wisdom from Nate Schmidt, so be it.

As the coronavirus continues to spread and more states deal with cases of infection and, worse, death, the NHL, and every professional sports league are going to have to make some very difficult decisions.

Do they ban the public from gathering and attending games? It’s already happening at soccer matches in Italy where matches are being played in empty stadiums. If health officials believe the public is at risk, they may very well ban large gatherings, such as sporting events.

And remember, the NHL is a league that has teams in two countries. The way Canada deals with the coronavirus could be dramatically different than the way the United States does. If Canada decides to ban spectators from attending hockey games, it means either the Canadian teams have to reschedule and play in the U.S. or the games might be canceled or postponed.

In fact, the entire season could be in jeopardy. They’ve already canceled the IIHF Women’s World Hockey Championships, which are to be played in Nova Scotia. Other competitions are considering not holding theirs. These decisions come with enormous economic ramifications and all of that has to be taken into account.

You should know the NHL has a history with this sort of thing. Back in 1919, the Stanley Cup Final between the Montreal Canadiens and the Seattle Metropolitans was canceled after five games after four members of the Canadiens contracted the Spanish Flu. One player, Joe Hall, would die. He would be one of more than 50 million people worldwide ( that’s right, 50 million) who died during the Spanish Flu pandemic, which lasted two years (1918-19). It was the only time in history the Stanley Cup was not awarded.

So don’t think history can’t repeat itself. People are being told not to travel, not to gather in public places, keep a safe distance from others. The NBA and Major League Baseball have told their players to not sign autographs or have contact with fans. College basketball teams are not shaking hands with each other after games. The NHL is taking this very seriously. So should you.

But as exciting as this Golden Knights season has evolved into, the health and safety of everyone involved has to come first. Let’s hope things get better and not worse. After all, we don’t need any modern-day Joe Halls to write an obituary about.