Right now, there’s not a whole lot of positive things happening with the Golden Knights. A three-game losing streak and a sudden lack of offensive productivity will do that to a team.

But I would like to point out one good thing that may be flying under the radar, that being the play of William Carrier.

When Chandler Stephenson was acquired by the Golden Knights last month, he was referred to as a “Swiss Army Knife” due to his versatility. Carrier may not have as many tools as Stephenson, but he has proven to be a versatile cog in the Knights’ machine.

The 25-year-old left wing has displayed some offensive prowess over the first half of the season and is projecting to having a record year scoring-wise. Carrier has five goals and eight assists so far. 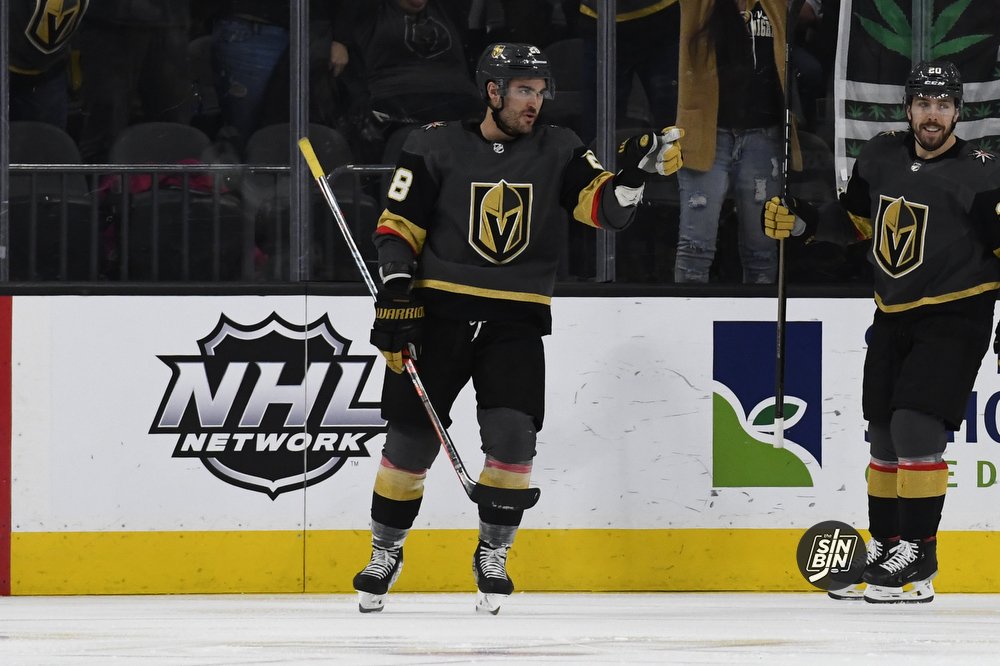 But the number I’m most impressed with? His games played. The Knights have played 48 games to this point. Carrier has been in the lineup for every single one of them. That’s a far cry from his first two seasons in Vegas where injuries forced him to miss significant amounts of time.

His ability to stay in the lineup has been huge. Coach Gerard Gallant is playing him up and down the lineup and wherever Carrier lands, that line seems to perk up, save for Saturday when virtually everyone was a no-show in the 3-0 shutout loss to Columbus.

Every line we put him on seems to be the best line on the team. -Gallant on Jan. 4

Carrier’s still playing his usual physical game, even though his total number of hits are down from a year ago. He’s currently third to Ryan Reaves and Brayden McNabb. He’s still one of, if not the, fastest player on the ice for the Knights. He’s still winning footraces and battles for 50-50 pucks. But he’s being more offensive-minded and his underrated passing skills are starting to gain notice. He had a beautiful backhand pass to Paul Stastny that led to a goal in the 5-4 overtime win over the Blues. His forechecking has helped keep plays alive in the other team’s end and while he may not be garnering assists, Carrier’s value for making plays in the offensive zone should not be overlooked.

That what I used to think of him, seriously. We’ve been with Will for two and a half years but this year he looks more confident. He’s going to the net, he’s carrying the puck and he’s making plays. He’s 25, coming into his own and playing great hockey. … We like what he’s doing, he’s working hard, and he’s got a lot of speed. I don’t think he’s hitting as much as he did in the past but he’s playing great hockey. –Gallant

The fact he’s involved in fewer collisions no doubt has helped his durability and allowed him to remain in the lineup. Consider his first year with the Knights he was injured twice — in Nashville and at Washington and he appeared in just 37 games. Last year, he got hurt at Anaheim and again against Winnipeg and was limited to 54 games.

Assuming all remains well, he will set a personal high for games played next month when the Knights are in Florida to play the Lightning and the Panthers.

Where does Carrier best fit in? I still like him on the fourth line playing with Reaves and Tomas Nosek. They make things happen and they put pressure on opposing defenses. But from an offensive skillset standpoint, I also like having Carrier play with Stastny, a veteran playmaker who knows how to set up his linemates and provide them with quality scoring chances. They seem to work well together when Gallant pairs them up. 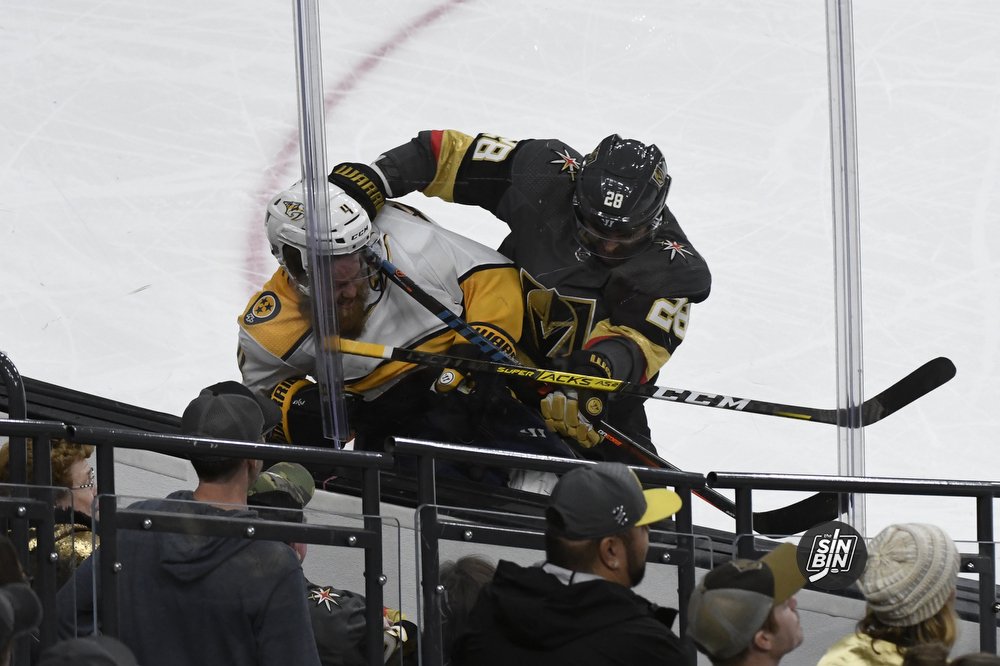 Carrier is still going to take the body, regardless of who he skates with. He’s still going to try and blow by defenders using his speed. It’s a question of how much do his offensive numbers rise playing with more skilled offensive players? And is that the right thing for the team?

Saturday, he played with Keegan Kolesar, who was making his NHL debut, and Stastny. Predictably, they didn’t do much.

No one is saying that Carrier is going to make a run at the Art Ross Trophy as the NHL’s leading scorer. But with 13 points, he’s even with Tuch and ahead of Cody Eakin, Cody Glass, Nosek and Reaves. Yes, the two Codys missed significant amounts of time. But the fact is Carrier is having a very good season and the fact he hasn’t missed a game all year is a victory, both for him and the Knights.