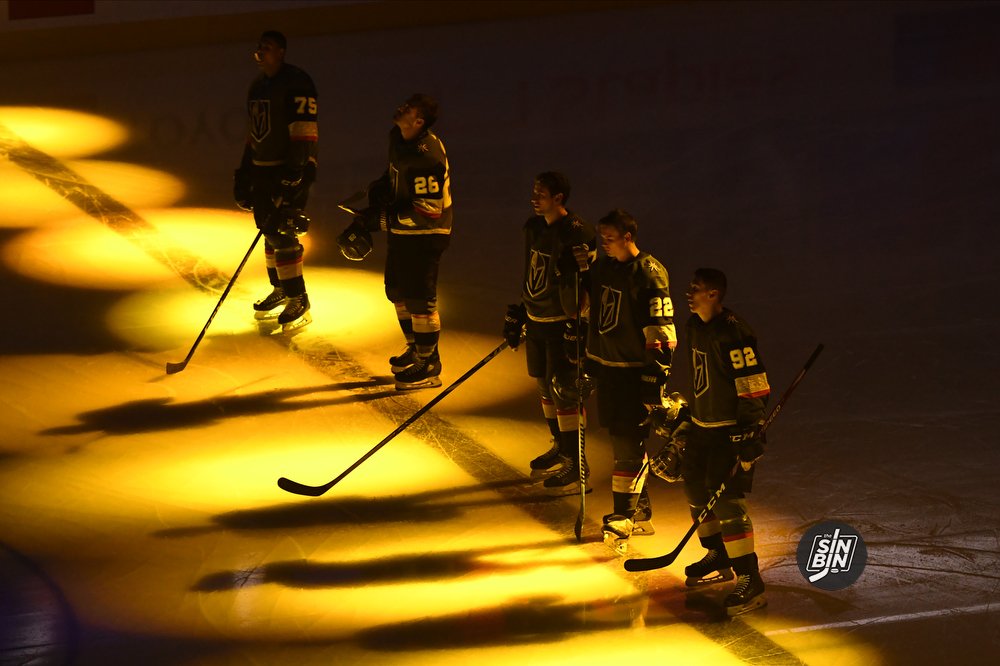 The first domino in the Golden Knights offseason was the trade of Paul Stastny to the Winnipeg Jets. It was widely regarded as a salary dump as Vegas got out from under Stastny’s $6.5 million contract to help pave the way for the signing of Alex Pietrangelo.

In that trade though the Golden Knights acquired a player, 25-year-old Swedish defenseman Carl Dahlstrom.

There’s an argument to be made that Dahlstrom became a Golden Knight, or really a Silver Knight, because of his $900,000 one-way contract. (That means he gets paid $900k whether he’s in the NHL or AHL, a cost many NHL franchises aren’t looking to incur on AHL players.) But, what if he’s more than that.

Dahlstrom was a 2nd round pick (51st overall) of the Chicago Blackhawks back in 2013. From 2014-16 he was one of the more reliable defense-first defensemen in the entire SHL. Then, when he came to North America, he’s bounced between the AHL and the NHL.

Standing 6’4″ tall and weighing 231 pounds, Dahlstrom is the largest skater on the Golden Knights (only Lehner is bigger at 240 pounds). His skating is certainly above average for a player of his size and he’s been reliable enough in his own end during his 64 game career. Primarily a player that starts his shifts in the defensive zone, Dahlstrom’s Corsi has been above 50% in two of his three seasons in the NHL.

The Golden Knights are going to be up against the cap for as long as Marc-Andre Fleury remains on the roster. So, they’ll always be looking for affordable, usable options to fill rosters spots, especially early on. Dahlstrom joins a group of less than $1 million per year defensemen including Zach Whitecloud, Nic Hague, Dylan Coghlan, Jake Bischoff, Brayden Pachal, and Jimmy Schuldt.

It’s probably unlikely he can wrestle a spot away from Whitecloud, but if he can be at least close to Nick Holden, the difference in salary could be his ticket to playing for the Golden Knights.

In the end, it’s probably safe to say Dahlstrom will spend a majority of his time in Henderson horsing around with the Silver Knights, but even despite the lack of interest he garnered following the trade, he’s going to be given a shot and the front office will be cheering for him to run with it.