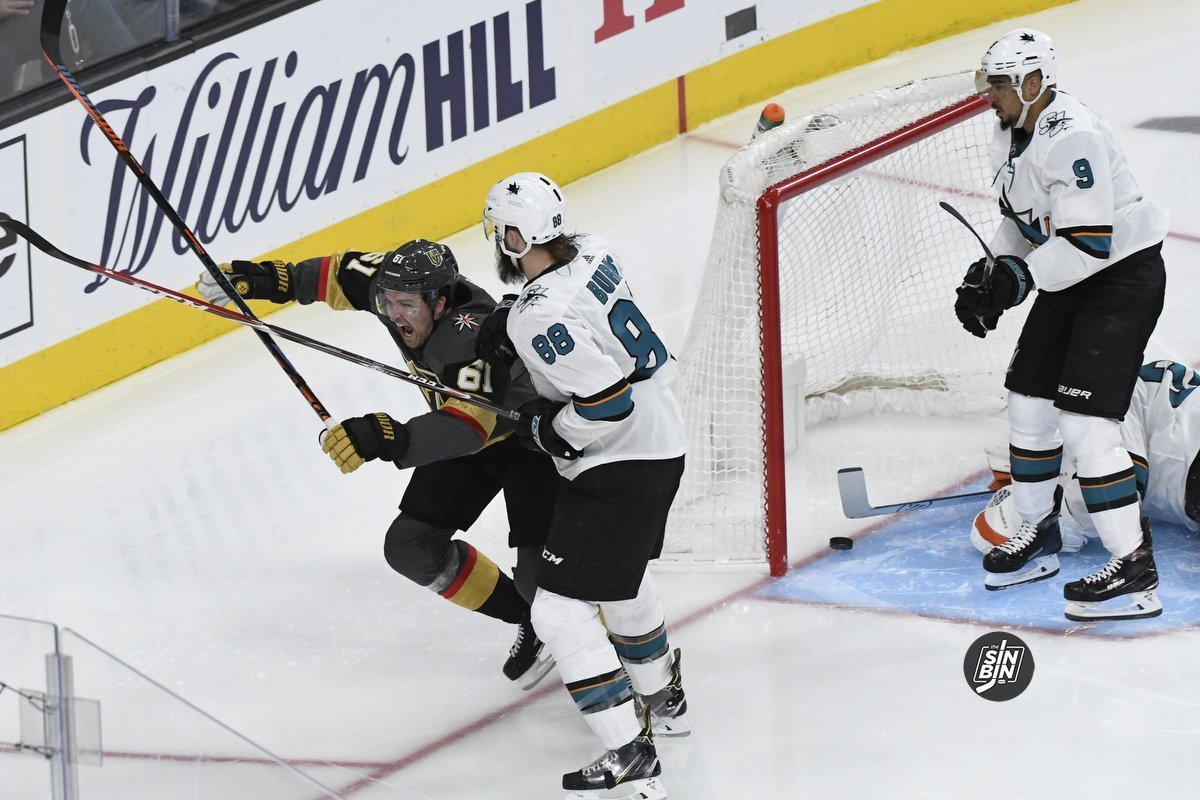 There are plenty of differences between the Golden Knights and the two Stanley Cup participants? However, there’s one you may not have thought about, and one TSN’s Pierre LeBrun thinks is significant.

Neither the Blues nor the Bruins have a player making more than $8 million per year.

The St. Louis Blues highest paid players, Vladimir Tarsenko and Ryan O’Reilly earn $7.5 million annually. Center David Krejci is the Boston Bruins wealthiest player making $7.2 million per season. Needless to say, the team that hoists the Stanley Cup will do so without one of the league’s highest-paid players.

LeBrun brought up a running conversation among hockey execs on Vancouver radio during the conference finals.

The four teams we have left in the playoffs do not have a single player making more than $8 million. Is there something there, or is just a one off? No one has a double digit player. The money is spread out… Is that they way to go? Is that the way you find depth? -Pierre LeBrun, TSN

An $8 million player makes up for roughly 11% of a team’s salary cap. Golden Knights winger Mark Stone will begin collecting his dough next season when his 8-year/$76 million deal kicks in. That will make Stone the 12th highest paid player in the NHL. His $9.5 million yearly payout will be the third most for a winger, which could move to fourth once Mitch Marner inks a deal. Stone’s cap hit next season will be 11.63% of the team’s available cap.

The theory was debunked by the last two Stanley Cup champions. Alex Ovechkin’s $9.53 million didn’t hurt the Washington Capitals Stanley Cup run. Nor did the salaries of Sidney Crosby ($8.7 million) and Evgeni Malkin ($9.5 million) affect the Pittsburgh Penguins from 2015-2017. In total, they are the only three players in NHL history to raise a Stanley Cup making an average of $8 million per season. While it’s a practical theory, it’s hard to argue against retaining and signing elite NHL players.

We had a conversation on our podcast in early 2018 about the Golden Knights contending for a Stanley Cup with a group of $5 million players. They proved it could work as Vegas came three wins a way from winning it all. With a little luck, the inaugural Golden Knights roster was financially balanced. Ultimately, some players performed above their pay grade creating a perfect world in a salary cap era. Vegas’ roster had four $5 million+ players, three $3.6 million+ players, two $2 million players, and eight players making $1 million+ in 2017-18.

Impossible to match their shrewd success, the Golden Knights front office paid top dollar for game-changing players in year two; Stone being the biggest example. So, maybe the appropriate question is can a team win the Cup with a player making $9.5 million a season?

A player that signs for $10 million per season is roughly eating up 13% of the team’s salary cap. Stone is just shy of that, and maybe there was a reason for that. Unlike the Toronto, the Golden Knights will not be dealing with a player seeking double digit dollars per season. William Karlsson is looking for much less, keeping Stone’s franchise record contract as the standard. I doubt we’ll see a Golden Knights player make $10 million or more for a while.

So the answer is yes, the Golden Knights can win the Stanley Cup paying Stone $9.5 million per season. I’ll take it back when the front office signs two All-Stars to Mark Stone money.