Nikita Gusev has never played a game in the NHL. There’s no getting around that. But Nikita Gusev was not dropped onto the Golden Knights from some other unknown planet.

Gusev won the MVP award in the KHL, the world’s second-best league, each of the past two years. He led the league in points in 2018-19 by 13. He broke the record for assists in a season with 64. He’s been more than a point per game player for four years running. He’s won a Gagarin Cup and he’s scored 68 points in 66 playoff games. He even shredded as a kid, scoring 192 points in 120 games in the Russian Junior league, the MHL.

And these are just his Russian accomplishments. 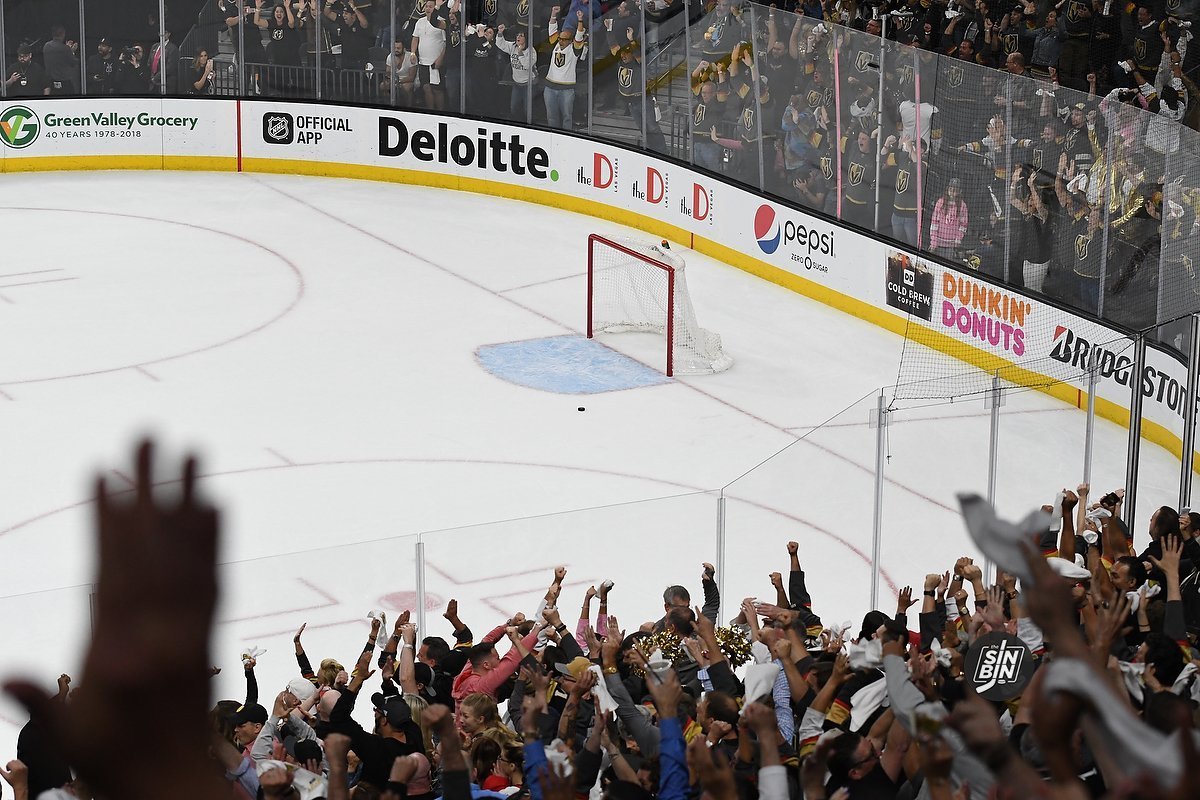 He scored 16 points in the IIHF World Championships this summer, second only to William Nylander, matching Nikita Kucherov and Jakob Voracek, and outdoing Mark Stone and he’s put up 1.11 points per game in all international competition.

In 2011 at the World Junior Championships, Gusev scored nine points in seven games, which was outdone by only five players (two of which are Mark Stone and Evgeny Kuznetsov).

Literally, every place this guy has played hockey, he’s scored. And he’s done it alongside or against hundreds of players that have played in the NHL, and have had massive success.

All of those guys are either bonafide NHL stars or on their way to becoming one.

All of those guys are bonafide NHL stars.

Every single one of those players has scored at least 100 points in the NHL and most of them are bonafide NHL stars.

Every single one of those guys has scored at least 550 NHL points and all of them are or were bonafide NHL stars.

Nikita Gusev is a prospect. Like Jack Hughes or Kappo Kakko. Like Auston Matthews or Connor McDavid. Like Cody Glass or Erik Brannstrom. Yes, there are unknowns, but all prospects aren’t created equal. There’s an extensive history behind each that helps predict future success and Gusev’s is about as strong and solid as any prospect to enter the league in the past 10 years.

You can doubt the KHL numbers because of Shipachyov. You can say the Olympics weren’t played with the best players. You can write off the World Championships because of the big ice. You can throw out the World Juniors because it was so long ago. But to ignore all of them because “he hasn’t played in the NHL” is ridiculous.