It’s no secret the Golden Knights like to shoot, a lot. In Game 2 against the Vancouver Canucks, Vegas took 40 shots on net. Not only were the Golden Knights peppering shots on opposing goaltender Jacob Markstrom, but also the ankles, arms, and legs of the Canucks skaters. At the conclusion of their 5-2 loss on Tuesday, Vegas attempted 93 shots; 2 goals, 13 missed the net, 38 saved by Markstrom, and a whopping 40 blocked by 16 Canucks players.

That shows how unselfish we are. Everyone sticking together and doing the dirty work. I know it’s not fun and you see the ice packs after games. As a goalie I appreciate that. -Jacob Markstrom, VAN goaltender 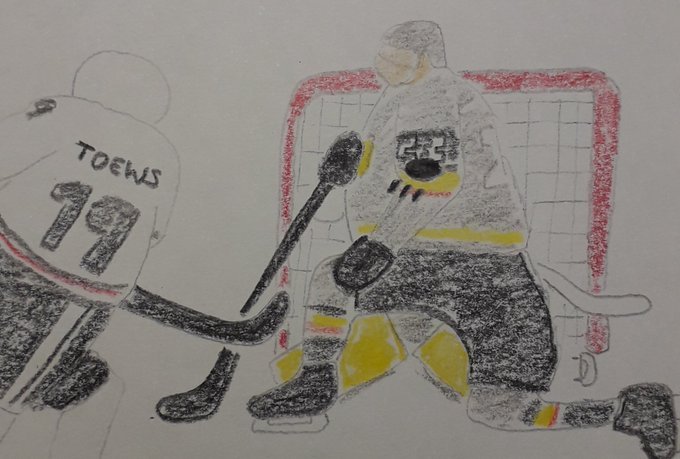 The Canucks set a franchise playoff record with their 40 blocked shots in Game 2. Vancouver’s desperation mode kicked in and players paid a physical price in tying up their seven-game series 1-1 with Vegas. The Canucks were fearlessly getting in the way of shots, frustrating some of Vegas’ most lethal shooters like Max Pacioretty and Shea Theodore. Both had points in Game 2 but were victimized by Vancouver’s wall of defense.

Those were the three most affected by Vancouver’s block party, but overall 13 of Vegas’ 18 skaters had at least one shot blocked. All six Golden Knights defensemen were on that list, compiling 23 shots blocked from the blue line. Vancouver cut off point shots with their bodies limiting dangerous shots through traffic. Otherwise, Vegas’ big forwards would pluck a rebound or deflect a fluttering puck into the net.

This wasn’t the first time Vegas was victimized by a heavy shot-blocking defense. Including the playoffs, it was the twelfth time Vegas had 20 or more shots blocked in a game this season. In the regular season, the Golden Knights were 4-3 in those games. So far in the playoffs, Vegas is 3-2 when opponents block 20 or more shots. Chicago blocked 32 shots and won their only game of the series 3-1.

So how can Vegas fix the problem? Mark Stone said is starts with making quicker decisions.

Shoot quicker, find those lanes. You just have to keep wearing them down. The quicker you move the puck, get them moving, that’s when you create lanes.-Mark Stone, VGK forward

The next way to avoid dozens of shots is to clear paths for defensemen to get shots on goal. Remember, more than half of Vegas’ blocked shots came from the point.

I’m not going out on a limb here but I doubt Vegas will need to worry about their shots being blocked 40 times tonight. It’s unlikely the Canucks break their new franchise record, but they’ll attempt to. It might be the only way to defend against the Golden Knights.