Aside from the format of the 16 team tournament, not much about the 2020 Stanley Cup Playoffs was like any year in the past. As hard as the NHL tried, and they made the absolute best of the situation they could, the culmination of this season will always be viewed as an outlier.

That shouldn’t be used to take anything away from the team that ultimately wins, nor the players who put in the effort to make the playoffs the best they could be. But, simply put, this postseason was completely different in so many ways that moving forward, while it shouldn’t have an asterisk in the record books, it absolutely should in terms of player evaluation.

Likely there will be some players that struggled with the challenge of the bubble a little bit more than others and there might be a handful of players that having no distractions and only hockey to worry it about helped. -Kelly McCrimmon

The 2020 Playoffs offered different challenges both mentally and physically than any other in the league’s 100+ year history. It’s impossible to put a value on the sum of all of these aspects, but it’s clear it must be considered when projecting future performance.

58 or 59 days is a long time. It’s a hard situation to describe to somebody unless you are there doing it… I think in general terms it’s always a body of work you use when you make decisions on players and we have a pretty good takeaway of what players actually were by the time we were done our work there. -McCrimmon

This is much more likely to be used in giving a player a pass for a poor playoff season as opposed to praising a breakout year. Everyone who watched the Golden Knights in the playoffs this season knows there were a handful of guys who didn’t quite play to the level we’ve come to expect.

The challenge for the front office lies in weighing those underwhelming performances against the “body of work” they’ve seen historically from each player.

Decisions must be made every offseason and they’re never easy, but this one is set to be especially tricky due to the oddity of the 2020 Playoffs. In that way, the bubble may offer one of the greatest player evaluation challenges front offices have ever faced, however, there was one major benefit the bubbles did offer in that respect.

We had a buffet of hockey literally five minutes from the door of your hotel room to watch all these teams playing playoff hockey and I personally took a lot out of it. It was a good opportunity for us to look at the reports our pro scouts have in the system on certain players and we had the takeaway of how good our pro staff is doing based on what they say these players were is exactly what we saw. -McCrimmon

More than 50 games were played in the Edmonton bubble while the Golden Knights were there. That included games from 11 other teams all during the best time to evaluate players, the playoffs when the games matter most. 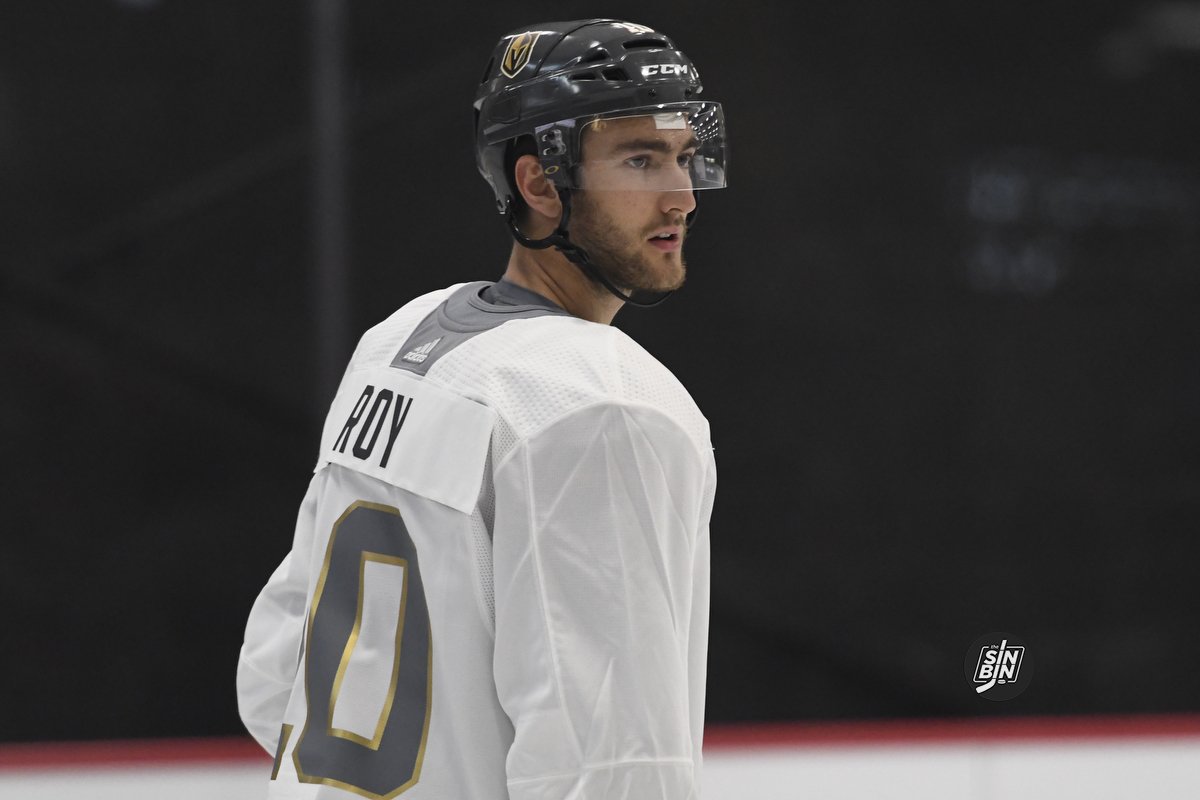 The Golden Knights have a knack for using in-person viewings to find hidden gems on other rosters. Nic Roy and Patrick Brown, both members of the Charlotte Checkers team that beat the Chicago Wolves, Chandler Stephenson found his way to the Golden Knights after his line was crucial in defeating Vegas in the Cup Final, and it took a while, VGK’s familiarity with Alec Martinez certainly made an impact in that acquisition at this year’s trade deadline.

They’ll have plenty to choose from this time around, but they have to be careful because no matter how much hockey they got to watch, it was still bubble hockey, something we hopefully should never see again.