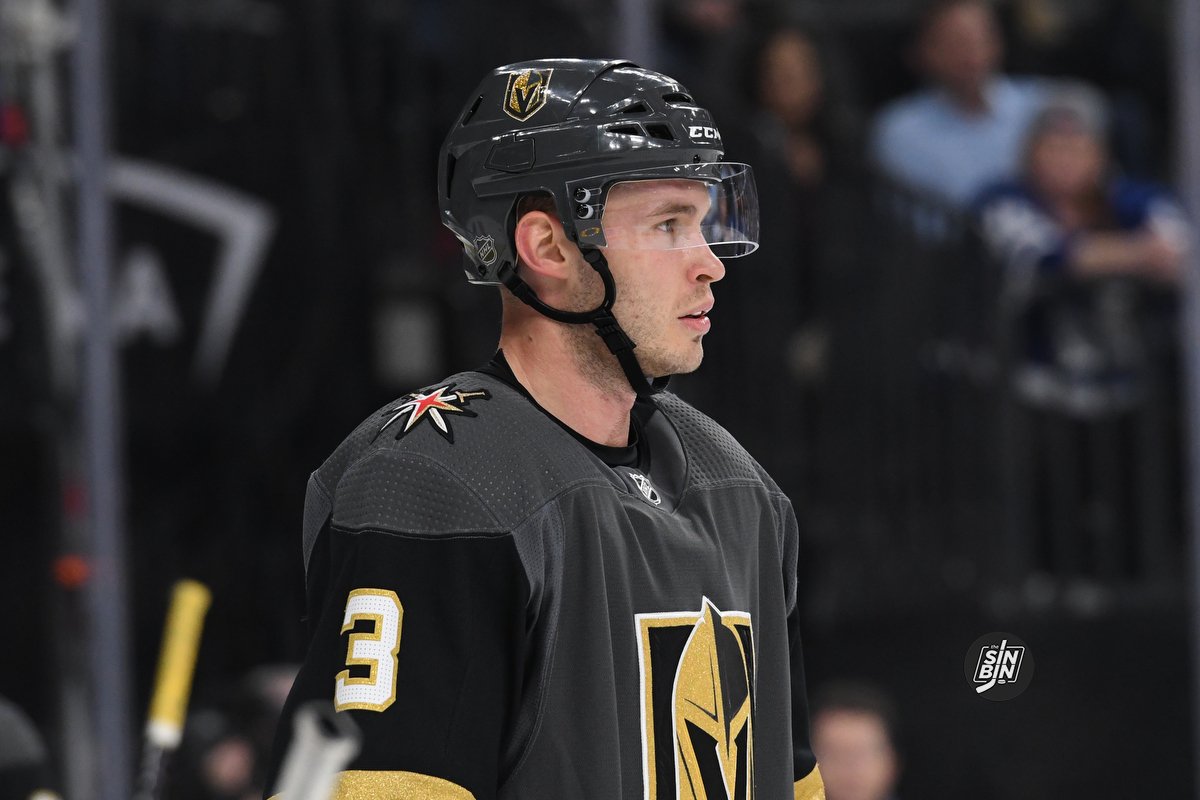 Prior to yesterday in Colorado, the last time the Golden Knights played a 3rd period Brayden McNabb watched on TV from somewhere in the basement of T-Mobile Arena. Having been ejected from the game due to a high hit, McNabb was unable to help his team which had also lost another defenseman due to injury.

Against the Avs, he got his redemption.

No, McNabb did not score a goal. Nor did he even record a point. He wasn’t on the ice for the game-winning goal and he didn’t make some heroic play to swipe a puck off the goal line (something he has actually done before).

McNabb’s gap control was excellent. His decision-making on the puck was perfect. He challenged passes through the slot and cleared rebounds. He discouraged plays along the wall with his menacing reputation. And maybe most importantly, he made his partner, a 21-year-old playing his 2nd career NHL game, look comfortable, confident, and steady.

Nabber is super easy to play with. He was talking to me the entire time. -Kaedan Korczak

To most fans, McNabb is known as a bit more of a soft-spoken guy. He’s not flashy on or off the ice, which in many ways makes him the classic veteran defense-first defenseman. However, his teammates, especially those who are partnered with him on a D-pair know him in a much different way.

McNabb is widely known in the locker room as one of the best on-ice communicators on the team. He’s been in every situation and seen every different type of play which allows him to talk his partner through anything that’s thrown at him on the ice.

Last night in Colorado, McNabb was called upon to shoulder a massive defensive load with three of VGK’s top-six defensemen out injured and a pair of youngsters in the lineup. He played almost six minutes on the penalty kill, dealt a lot with the Avs’ 2nd and 3rd lines, and was called upon to get the Golden Knights to the finish line in the 6-on-5 empty net situation.

McNabb’s final shift of the game was 3:04 as the Avalanche pressed for the game-tying goal. McNabb and his partner at the time, Alex Pietrangelo, constantly locked down the center of the ice while also reading every play perfectly to help Vegas clear the puck five times in the final two minutes.

It wasn’t just his last marathon shift though. McNabb played 10:44 in the 3rd period including five shifts that lasted longer than a minute. In his final three shifts, from the 8:19 remaining mark on the clock, McNabb was on the ice for 5:57 and allowed just three shots on goal. His 24:29 total time on ice is the most he’s recorded in any game this season and he finished the game with a +1 rating.

The Golden Knights outshot the Avs just 10-7 with McNabb on the ice, and they racked up 13-3 scoring chance edge including a 9-1 mark at high danger. McNabb was on the ice for just 0.17 expected goals against, by far the best of any Golden Knight per 60 minutes.

The veteran guys have to step and speak up, demonstrate on the ice, and lead by example. -Bruce Cassidy

McNabb could not have done a better job of that in helping the Golden Knights to a 3-2 win over the reigning Stanley Cup champions.

It’s not often the best player on the ice is a stay-at-home defenseman who plays a game that he does nothing but stay-at-home. For the Golden Knights at Ball Arena last night though, that’s exactly what happened, and Brayden McNabb was that guy.

Avalanche Trying To Manage Injuries As Successfully As Golden Knights