Both Flyers And Tortorella Have Been Tough On VGK 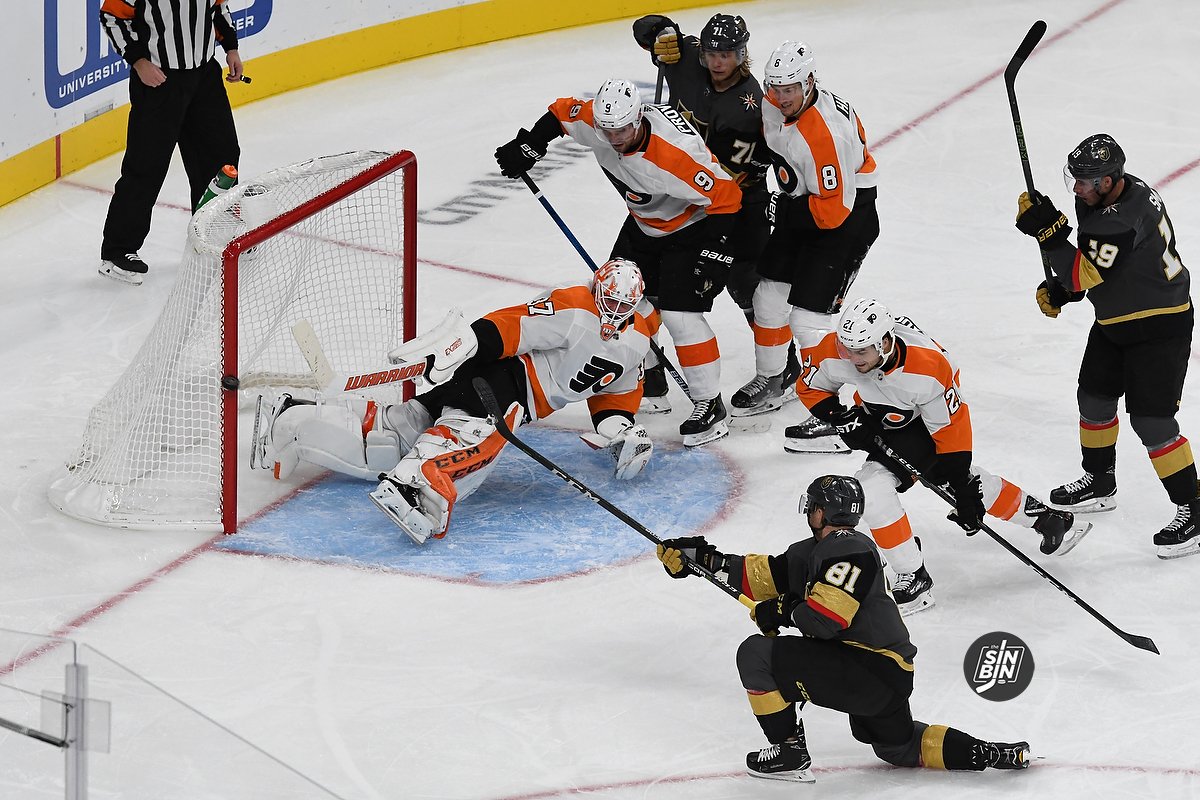 Tonight the Golden Knights take on the Philadelphia Flyers at T-Mobile Arena. Sitting at 9-13-5 with a -24 goal differential and having scored the fewest goals in the Eastern Conference, on paper this looks like a great spot for the Golden Knights to get back on track at home.

VGK have been installed as nearly three to one favorites with a moneyline of -267. In fact, the game is essentially a toss-up on the puckline meaning the expectation is for the Golden Knights to not only win, but win by multiple goals.

This season, the Golden Knights have been strong when entering the game as heavy favorites at home. They’ve been -220 or more in games at T-Mobile Arena on six occasions and have won five of them. They’ve allowed one or fewer goals in four of those five wins while scoring at least four in four games as well.

However, the history of the opponent tells us this one might not be such a walk in the park for Vegas.

The Golden Knights are 3-5-0 all-time against the Philadelphia Flyers including losses in three of the last four. The last time Vegas defeated Philadelphia was nearly three years ago, on January 2nd, 2020. The home record is worse than away too. VGK are 1-3-0 against the Flyers in Vegas and have allowed four or five goals in each and every game.

To make matters worse, Vegas also struggle against Philadelphia’s new coach, John Tortorella. The Golden Knights are 2-4-0 against the fiery bench boss and have been shutout twice in those six games. Vegas averaged just 1.83 goals per game against Tortorella’s Blue Jackets teams over the three seasons the teams faced off between 2017-2020.

Plus, the Golden Knights will be without Alex Pietrangelo, Jack Eichel is a game-time decision, and backup Adin Hill gets the nod in goal.

There’s no doubt the Golden Knights are the better team in this matchup and if they put together anything resembling their best game they’ll win with ease. It won’t be easy though despite the Flyers’ rough start to the season. The Golden Knights could really use this one too, because an angry Bruins team is up next.