Blueprint To The Golden Knights Beating The Montreal Canadiens 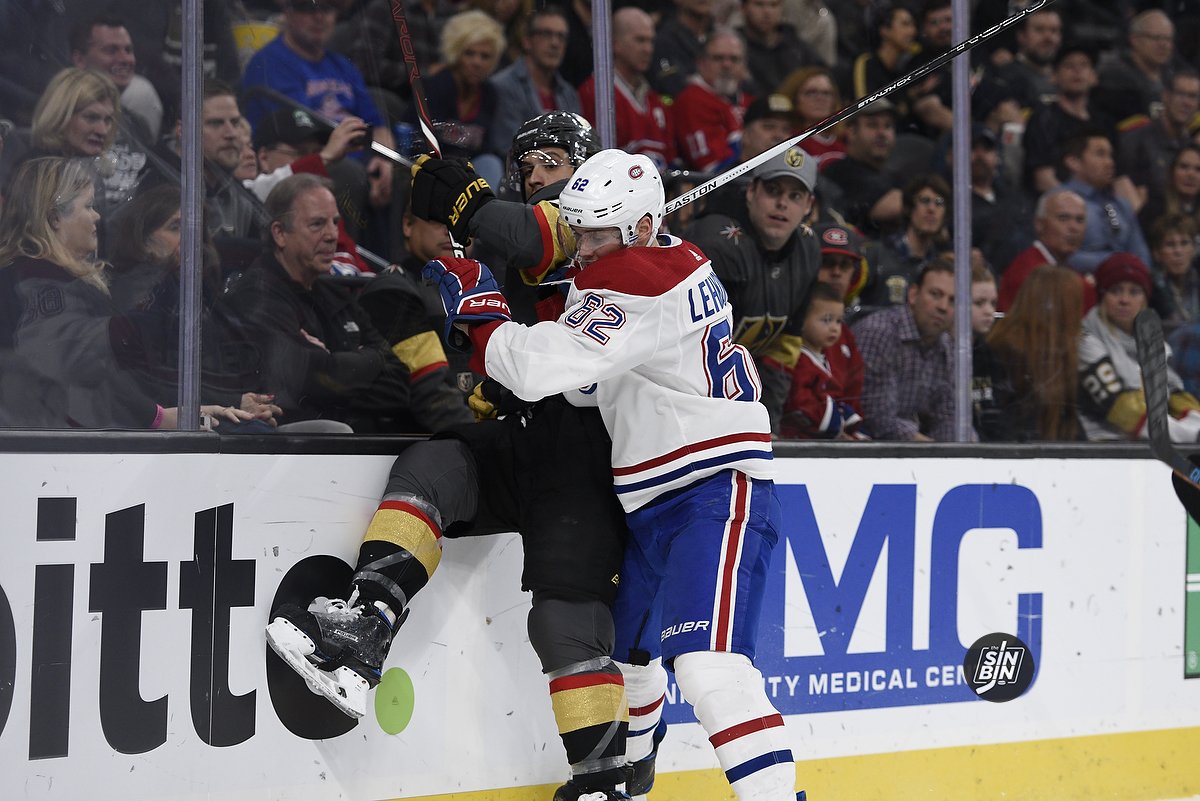 Eight wins down, eight to go. The next four need to come against a feisty team from north of the border that are on an impressive seven-game winning streak while not trailing at any point in any game.

But the Golden Knights enter the series as the better team both on paper as well as in results thus far this season.

As I wrote about Saturday, scoring on Carey Price is never easy. However, scoring on the Canadiens is far from impossible. As good as Price can be, and he’s more than capable of making Thatcher Demko and Anton Khudobin’s performances look average, the Golden Knights can make him a non-factor if they generate the right type of looks.

What I mean by that is Vegas need to work incredibly hard every single time they get the puck in the offensive zone to obstruct Price’s vision of the puck. Then, they’ll be able to shoot pucks through traffic as well as tip pucks and create chances even the best goalie in the world cannot stop.

In addition, Vegas have to be clinical with their offensive opportunities. They can’t be relying on bank shots off the goalie’s back or goals where the goaltender is literally looking in the stands for the puck. Instead, they’ll have to execute at a high level when they create their most dangerous chances. Breakaways need to be finished. Odd-man rushes need to result in shots on net, and one-timers must be blasted on net rather than fired wide or scuffed off the stick.

The Golden Knights are good enough to create chances Price, or any goalie, can’t stop. They need to keep doing it.

Demoralize them with possession and pressure

It’s been a hallmark of the Golden Knights style this entire season and it needs to continue being cranked up to the highest level in this series. The Golden Knights should aim to take away all of Montreal’s offense by living in the offensive zone and locking up the neutral zone when the Habs finally get the puck out.

While Montreal have some excellent skaters, they do not have the speed and skill of a Colorado, or even Minnesota, which can turn a simple rush into a goal. Instead, the Habs rely on their forecheck and mistakes at the blue lines to generate most of their offense. If the Golden Knights manage the puck well enough when they have it, they’ll make generating offense incredibly difficult on a Canadien forward group that will spend most of their nights defending rather than attacking.

A huge piece of what has gotten Montreal to this point is their ability to force their opponents into making mistakes. Unlike Vegas who like to play within a structure and allow positioning to cause problems for the opposition, Montreal attack the puck all over the ice. They are particularly aggressive when the puck is in the neutral zone and they’ll often send a forward directly at the puck carrier to try and break up the play before it ever begins.

Awareness of this aggressive style of play will be critical for Vegas. If the Golden Knights know where the forecheckers are coming from, understand the assertive nature of the backcheckers, and are attentive to their pressure relief options, they should be able to shred Montreal apart creating time and space for skaters all over the ice.

In addition, Vegas must be ready for one of the more aggressive penalty kills in the NHL. One that not only looks to break up plays, but take the puck the other way and score. VGK’s power play has been sub-par all year. It probably doesn’t need to thrive in this series for the Golden Knights to win, but it can’t be a detriment.

Much of the talk surrounding the Golden Knights’ victory over the Avalanche is about depth. Vegas received goals from 3rd and 4th liners as well as defensemen in the latter half of the series which have been applauded as a key reason they one. Of course, it’s great to get depth scoring, but one of the biggest reason’s the Golden Knights actually beat the Avs was because they stopped Colorado’s stars.

Montreal is a balanced team that spread minutes out in a much more even fashion than Vegas. That means plenty of time for the Golden Knights’ best against opposing 3rd and 4th lines as well as the bottom-pair defensemen.

Simply put, Vegas will need their best players to be the most impactful players in the series if they want to win it. Otherwise, all the talk will be about the lone superstar on the other side, the guy between the pipes.

If the Golden Knights do all of this, they’ll be headed to the Stanley Cup Final for the second time in four seasons. If they don’t, the underdog won’t look like an underdog for long.