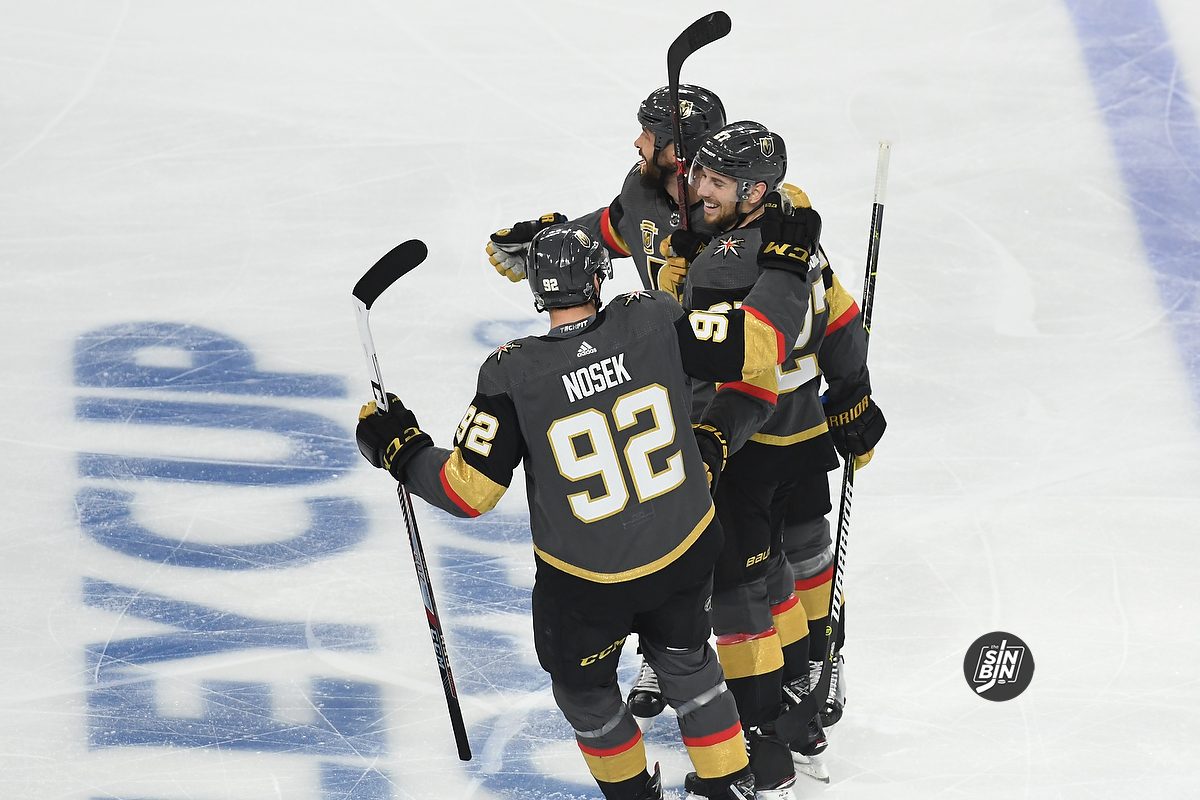 When you think of scoring and the Golden Knights, rarely do names like Nate Schmidt, Brayden McNabb, or even Shea Theodore come to mind. Aside from the occasional Colin Miller blast, the Golden Knights weren’t exactly known for offensive from the blueline. Last season, Golden Knights defensemen scored 37 goals. Good enough for 18th most in the NHL.

Thankfully, the Golden Knights never needed to rely on blueline scoring. However, more output would help the team return to the playoffs. Colin Miller led all Vegas blueliners with 10 goals and 41 points. He was handsomely rewarded with a new $15M contract extension.

As it stands right now, Vegas defensemen are projected to score around 40 goals in 2018-19. Not far off from last season’s totals.

Assuming they begin camp with the d-men they have under contract, the team shouldn’t suffer offensively and actually could take a step forward.

4,920 regular season minutes need to be filled by Vegas defensemen. To match last seasons total of 179 points, the blueline will have to produce 2.18 points per game.  Miller wasn’t paid $15M just to score ten goals. He’ll need to defend better while continuing to add his point total. Count in high expectations for Nate Schmidt and Shea Theodore, and 179 should be a cakewalk.

The Golden Knights are expected to keep eight defensemen on the roster when they depart camp for the opener against Philadelphia. If Erik Karlsson is one of those eight, the Vegas blueline will surpass 179 with ease, but if he’s not, they may need to get better offensive years out of McNabb, Merrill, and Engelland to match 17-18. Replacing the 110 points from David Perron and James Neal needs to be a team effort, and the easiest place for upgrade is from the blueline.