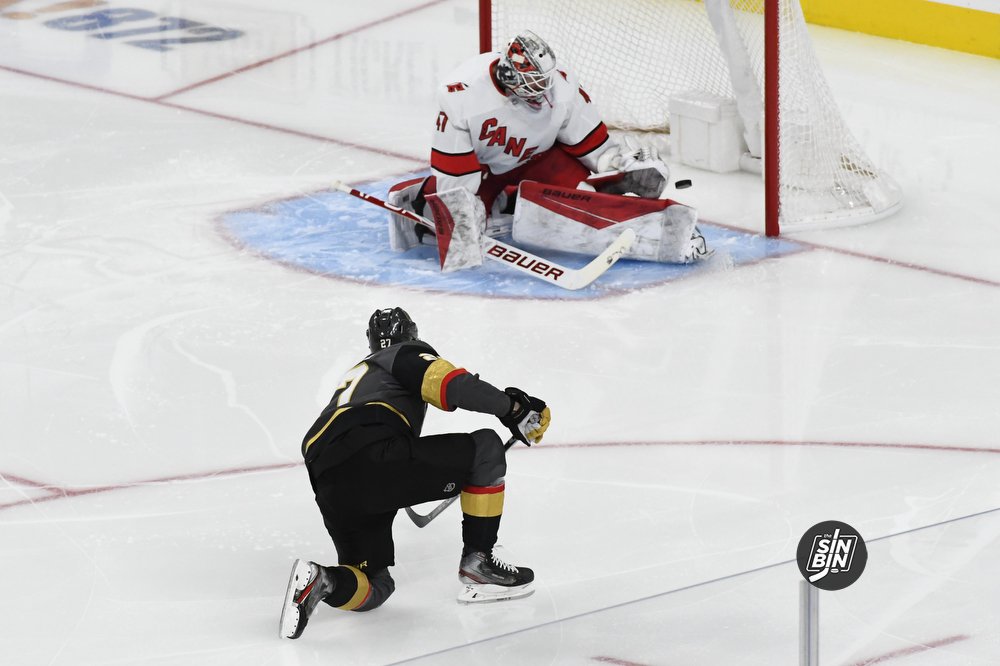 Inconsistency is always expected over the course of an 82-game regular season season. Throw in $30 million in injuries and it’s almost a given that there will be off nights a plenty.

However, that’s expected to be more from game to game, night to night, not necessarily period to period or shift to shift as the Golden Knights have been experiencing lately.

Over the last two games, the Golden Knights have experienced a major case of Jekyll and Hyde. Against Columbus they were horrible for 20 minutes, only to turn it around and put in the most convincing 40 minutes of the season. Then, in St. Louis, it was the opposite, great for 10 minutes, then miserable for 50.

But it’s not just the first goal, it’s often the second too. VGK have been up at least a pair and gone on to see the lead disappear three times in 19 games. On the flip side though, they’ve been down at least two on four difference occasions and erased the lead as well.

All in all, there’s been game-tying goal in 13 of the 19 games this season, eight in which Vegas allowed it, and six in which VGK scored it (both happened in the Vancouver game).

Maybe the oddest part of all of it has been the Golden Knights’ record in these topsy turvy games.

When they have recovered a deficit, the Golden Knights have gone on to win five of the six games. When they’ve blown a lead, they’ve come back and rescued the game three out of the eight. One has to wonder if these numbers will come back closer to even if this trend continues.

It’s a lot like the advanced analytic stat PDO. In hockey, things like this tend to even out. Right now, it looks like the Golden Knights are on the positive side of the spectrum a bit more than they probably should be at this point.

There is one really good way to avoid that from swinging back the other way though… stop blowing leads.

Up Two Or Down Two, Vegas Can Handle Either