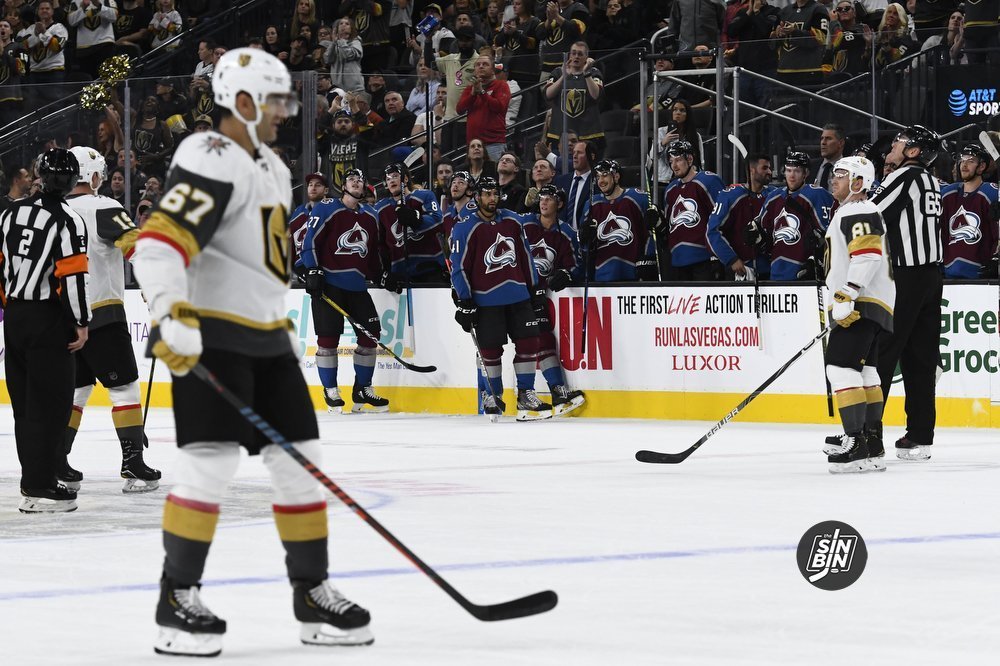 In the First Round series against Minnesota, the Golden Knights threw their bodies in front of as many pucks as possible. It was effective and clearly frustrated the Wild’s top scorers. Vegas carried over their strategy into the Second Round against Colorado. Game 2 was a good example of how Vegas can quiet some of hockey’s best snipers by clogging up the shooting lanes.

Of the eight teams remaining in the playoffs, the Golden Knights lead in total blocked shots (191) and rank second in blocked shots (16.9) per game. Being vigilant in the D-zone has been one reason why they’ve won four postseason games so far. Since Vegas’ offense has had trouble finding the back of the net, they’ve found success by blocking opponents’ shots before it can get to Marc-Andre Fleury.

In Game 2, the Golden Knights were able to hold Colorado to just two goals through 60 minutes. That’s an achievement considering the Avalanche are averaging five goals per game in the playoffs. Vegas limited Colorado by stepping in the way of 28 shot attempts on Wednesday night. The outcome didn’t fall the Golden Knights way but in contrast to Game 1, an increase in blocked shots sharply impacted the Avalanche’s offense in Game 2.

If the Golden Knights can continue to obstruct the Avalanche’s chances it could earn them their first victory of the series. Against Minnesota, when Vegas blocked 18 or more shots they won. In four of their five postseason losses, the Golden Knights blocked 13 or fewer shots.

Not only are the Avalanche difficult to slow down but they are committed defensively as well. In Game 1, Colorado blocked more shots than Vegas and added 17 more in Game 2. The Golden Knights cannot afford to lose that battle tonight at T-Mobile Arena.

Vegas is fully aware that it’s an uphill battle and Game 3 is a must-win to have a real chance at eliminating Colorado. Sacrificing bodies and blocking shots will be how Vegas can compete in the game but it won’t win them a game. There aren’t enough shots to block to make up for a struggling offense.