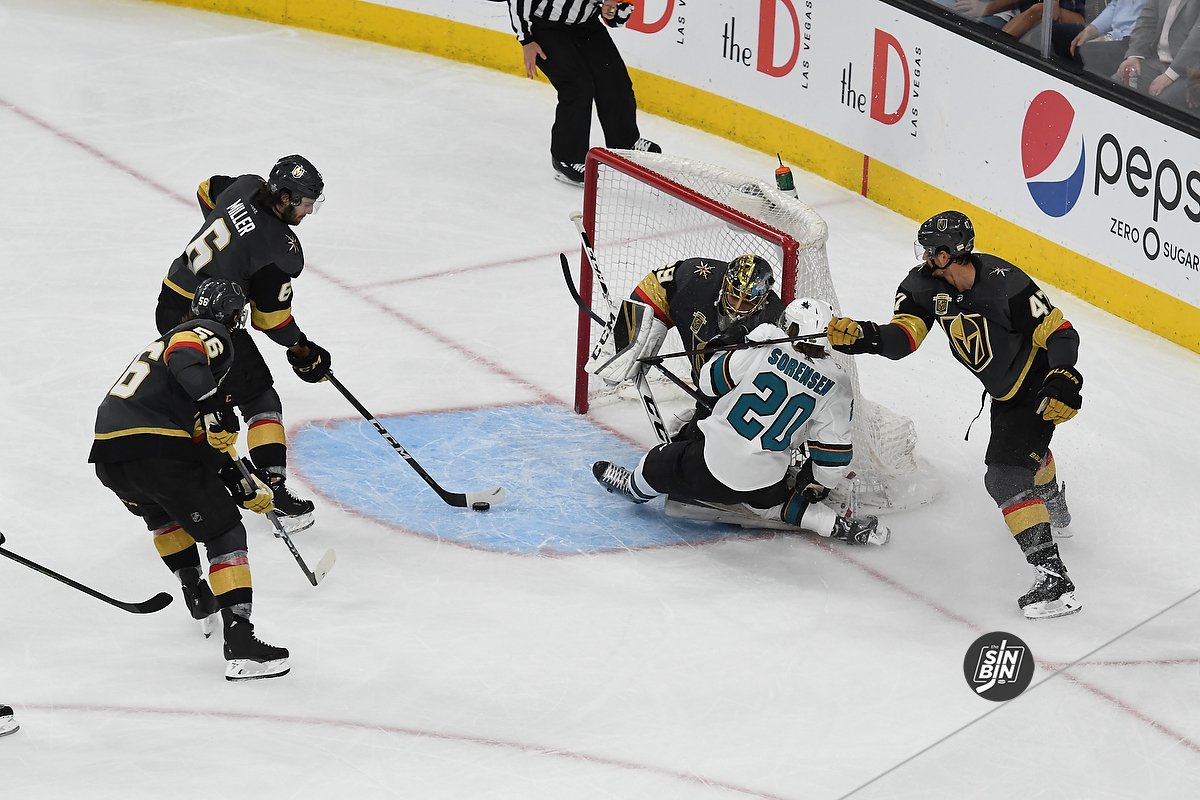 Yeah they’re strong and fast, and they can make plays. They’ve got guys that play well in that slot, and play well in tight. That’s going to be our job to make sure that we eliminate those chances. -Theodore

We got to be strong in front of the net. Fleury will make saves but we’re going to have to help out. We’ve matched physicality so it shouldn’t be a problem. -Oscar Lindberg

In the second example, the Jets immediately stormed the goaltender after a D-zone giveaway by Minnesota. Winnipeg’s top line took advantage setting up a quick, close strike from Mark Scheifele. Captain Blake Wheeler bullied his way to the front of the net allowing clearance for his linemate.

It’s definitely something that we got to think about. In the playoffs you’re not going to score pretty goals, there’s been a few but usually it’s those greasy goals. Throw a puck on net and there’s a rebound, you have to win that battle in front of the net. We can definitely do a better job. -Sbisa 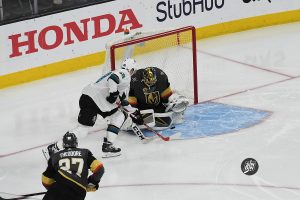 Stopping the mammoths of the Jets will be an even taller (get it?) task in the WCF. (Photo Credit: SinBin.vegas Photographer Brandon Andreasen)

The Golden Knights recognized their defensive mistakes and will consciously play tighter this series around their own net. Winnipeg will pounce on any chance Vegas allows, especially loose pucks in front of Fleury.

Covering the size and skill of Patrik Laine (6’5″), Wheeler (6’5″), and Scheifele (6’3″) will be the toughest assignments Vegas will defend all season. How can the Golden Knights defense clean up their zone against Winnipeg’s offensive pressure?

Sometimes we have to sit back, take a second and regroup. Make sure we’re tighter defensively. You know Fleury’s been playing fantastic this whole playoff but he’s not super hero. He can’t make every save. He does look like one though. -Theodore

While it’s nice to have a Dark Knight type in the crease, Vegas’ defense can’t allow that much pressure on Bruce-Wayne Fleury again.

As a D-man, you’re just trying to push the puck as far out as possible. That will take away the passing option. Laying down forces a guy to pass it into your body or take the shot. If it ricochets off a skate or stick usually it creates havoc. That’s when you have to tie people up. -Sbisa

The Jets net presence will be a primary focus for the Golden Knights defense. It could be the difference in the series. After studying game film, the team got frustrated by the defensive breakdowns around the net from last round.

Theodore and the defense will be prepared for Winnipeg’s size, skill, speed and tacky whiteouts too.