“Behind The Scenes” Of A Massive Shorthanded Goal By William Karlsson 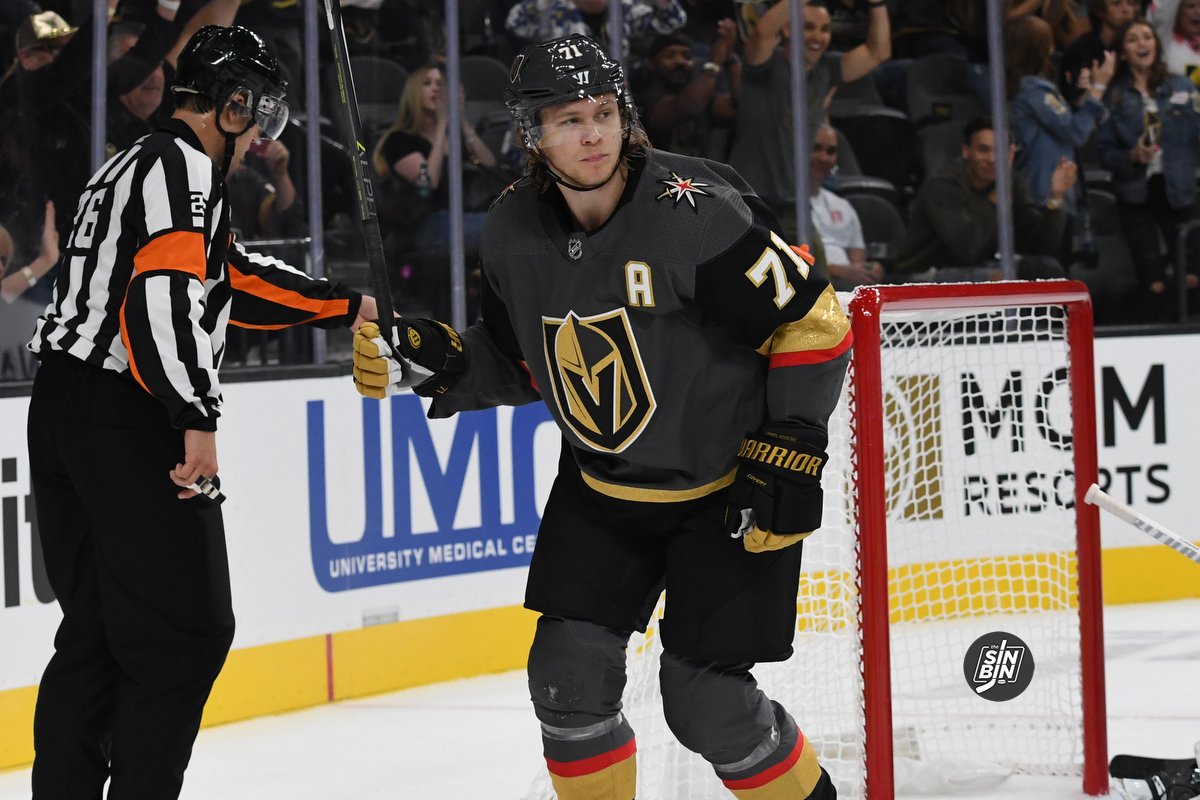 Think back to last year, when the Golden Knights traveled up to San Jose for Games 3 and 4 of the second round series with the Sharks. After a wild Game 2 in which Vegas had their game-winning goal wiped off the board, the series was tied 1-1. The Golden Knights took a two-goal lead into the locker room for the second intermission.

Then, all hell broke loose and the Sharks scored not one but two goals to tie up the game and send the pivotal Game 3 into overtime. On that night, a loss in San Jose could have devastated the Golden Knights chances to continue their magical inaugural season. Luckily, William Karlsson was there to save the day, scoring a game-winner on a gorgeous shot past Martin Jones.

Now, fast forward 348 days to Game 2 in San Jose. Once again, the Golden Knights are in danger of watching their season slip away unless they can salvage a road game at the SAP Center. They had amassed a three-goal lead and blew it inside of the 1st period. They allowed a goal that was eventually waved off. And heading into the 3rd they had successfully killed five of six penalties, but a seventh one early in the final frame looked like it could have been the one to help San Jose tie a 4-3 game.

The first minute of the power play the Sharks looked dangerous including shots from Brent Burns and Logan Couture and an Erik Karlsson shot that was blocked. After a few clearances, the Sharks finally got set up perfectly in the zone, with Brent Burns on one point, Erik Karlsson on the other, and Joe Pavelski screening Fleury. The puck went from Burns to Karlsson, back to Burns, to Karlsson, to Burns, to Karlsson, back to Burns, and then on to the stick of Joe Thornton who was walking in towards Fleury. Thornton tried to slide one towards Joe Pavelski and Tomas Hertl in front of Fleury, but the shot pass was blocked by Schmidt.

From there, I’ll let the man who ended up turning the game on its head, William Karlsson, take over.

It was off a shot and it came off to the half wall and I saw that we were going to be first to the puck, that Reilly was going to get to it first. Then I saw Burns go and then he hesitated and I saw he was caught in between. I knew Thornton was on the other side, so I just tried to skate as fast as I could to that hole. And then Reilly’s pass was just unbelievable. -Karlsson

The pass was fired diagonally in between the two bearded beasts. It had some heat on it, but Karlsson caught it in stride heading in on a 1-on-none breakaway.

Pretty crisp, but that’s the kind of pass I expect out of him (laugh), but yeah it was perfect. -Karlsson

From there, it was just Karlsson and Aaron Dell, the goalie who had to take over for Martin Jones at the first TV timeout of the game.

I had pretty good speed there and (Dell) was kind of far out (of the net), at least that’s what I felt. I made the move and I was like ‘oh no, I don’t know if this is going to work’ but luckily there was a little hole there at the end. So, yeah, I tried to stay patient and it paid off. -Karlsson

Not only did it pay off, it buried the Sharks and it goes down as yet another massive goal for the man who has terrorized San Jose more than anyone else over the past two seasons.

It became the Golden Knights second shorthanded goal of the game (the first time VGK have ever scored more than one in the same game) and it gave Vegas the breathing room they so desperately needed not only in the game, but in the series.

And who else, but William Karlsson… again.