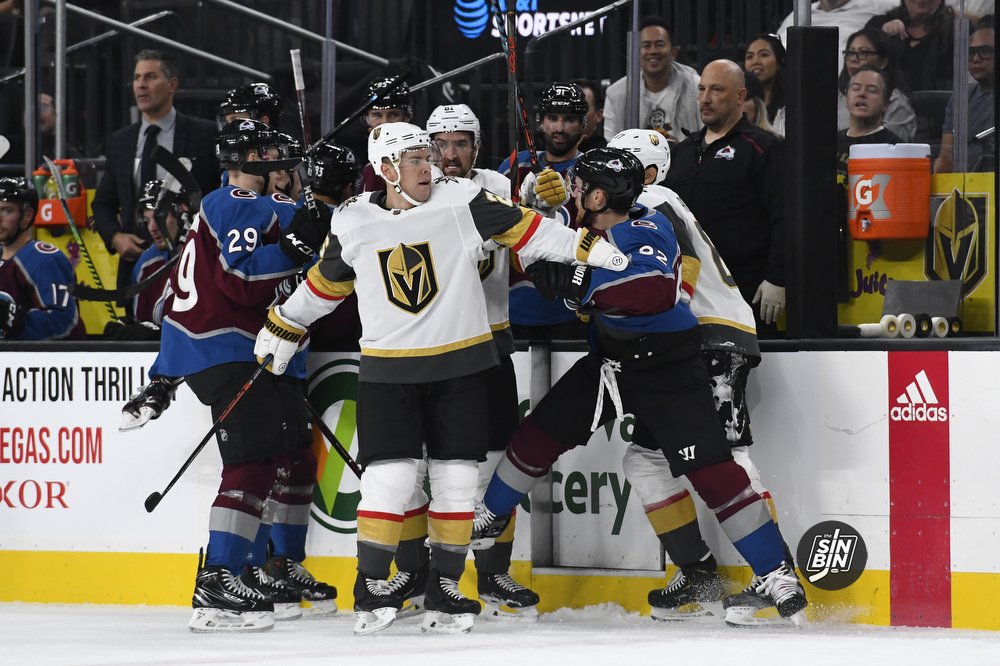 Halfway through the season, Paul Stastny is on pace to have the worst statistical year of his career. The 34-year-old center is a career 0.77 points per game player meaning he should be pushing 60 points per season if he plays all 82 games. Instead, this year he has just 15 points in 41 games and is staring at a career-low 0.37 points per game season, less than half his career average.

However, the eye test to me doesn’t really match the drop in production. Watching Stastny carefully (which I went back and did during the holiday break) he still looks like the exact same player. His vision is still there, he’s still an excellent passer, he’s defensively responsible, and he’s still dangerous in front of the goal on the power play. He’s never been a high-end skater, so while he may not look like the fastest guy on the ice, he certainly doesn’t look any slower than he did last year, or even while in Winnipeg or St. Louis.

So, I went to the numbers, which confused me even more. The first numbers you look at on the page of any hockey player are goals, assists, and points. For Stasnty, the goals are right where they should be midway through the season. He has nine, on pace for 18 which would be in line with his last five years or so. But then there’s the assists, six. That’s not right. He should be a 40-50 assist guy and he’s on pace for 12.

How can a player be 15-20 assists off where he should be 41 games into the season? The easiest argument is age has led to a slip in production, but I’m not ready to make that case because I simply can’t see it anywhere but in one column on the stat sheet. Instead, I tried to find other underlying causes, which I did, and for the most part, they aren’t controllable by Stastny. So, I’m here to make the argument today that Paul Stastny’s down season is not his fault.

Here, let me show my work.

First off, Stastny’s time on ice is at an all-time low this year. Having “fallen” into a 3rd line role with the Golden Knights attempt at a balanced lineup (I’d argue they’ve put him there to help the team cause not as a demotion to the player), Stastny is playing 16:44 per game. Over the course of his career, he’s never played less than 17:38 and in only six of his 13 completed seasons has he been under 19 minutes per game. Three minutes less per game is a 16% decrease in time on ice. Thus, if he would be expected to get 0.77 points per game, or 63 points a season, his lessened TOI alone lowers that to 0.65 points per game or 53 per season. POINT DIFFERENCE: 10 points or 0.12 PPG

Then, there’s zone starts. Stastny has an offensive zone start percentage of just 44% at even-strength, the second-lowest of all Golden Knights behind Mark Stone. He’s one of four players under 50% and one of just eight below 56%. For Stastny, there are 150 shifts that figure into that number. If he were near the team average of 56%, that would mean 18 more shifts that were started in the offensive zone as opposed to the defensive zone. There’s really no way to truly show how many more offensive zone starts it would take to generate more offense, but undoubtedly any player would have a better chance to put up points the more they start in the offensive zone. For the exercise, let’s be super conservative and say he’s missed out on one point in 41 games or two over the course of 82. POINT DIFFERENCE: 2 points or 0.02 PPG

Finally, the always controversial expected goals. According to Natural Stat Trick, with Stastny on the ice at even strength the Golden Knights were expected to score 24 goals. They’ve actually scored 17. That’s a difference of seven goals in 41 games. There are two issues here in adding points to Stastny’s total using this metric. First off, the Golden Knights are notoriously bad at converting expected goals into actual goals (they are 3rd worst in the NHL with 19 fewer actual than expected). We’ll offset that by chopping the number in half. So we’re down to 3.5 goals as opposed to seven. The next issue is whether or not Stastny would actually factor in on the goals, which we’ll use the same calculation as we did above saying he factors in on 68.2% of the goals scored while he’s on the ice. So, of the 3.5 expected goals, Stastny would get 2.38 points. Again, multiply by two for the half-season completed and the half-season left, and we’re at five points. POINT DIFFERENCE: 5 points or 0.061 PPG

This is an explanation of why his numbers are down, not necessarily an indication that they will go up over the next 41 games. Unless he moves back to the 2nd line, his TOI is likely to stay the same, as will the zone starts. The expected goals and shooting percentage numbers could lead to a bit of a resurgence, but we’re looking at maybe an added three or four points over half a season.

The key to all of this is how Stastny is playing. As a 3rd line center, he doesn’t have to put up 60 points to have a successful year. Instead, he needs to hold down the fort defensively and allow his wingers to do the heavy lifting offensively. Since he’s been there, I’d argue he’s done that, even if the production is down.