The Golden Knights are currently holding voting for their Seventh Player Award which goes to the player who exceeded expectations.

Fans can go online to the team’s website and cast their vote for one of four finalists.

Considering some of those who will be voting wanted him gone before the season began, can there be a better choice than Cody Eakin? 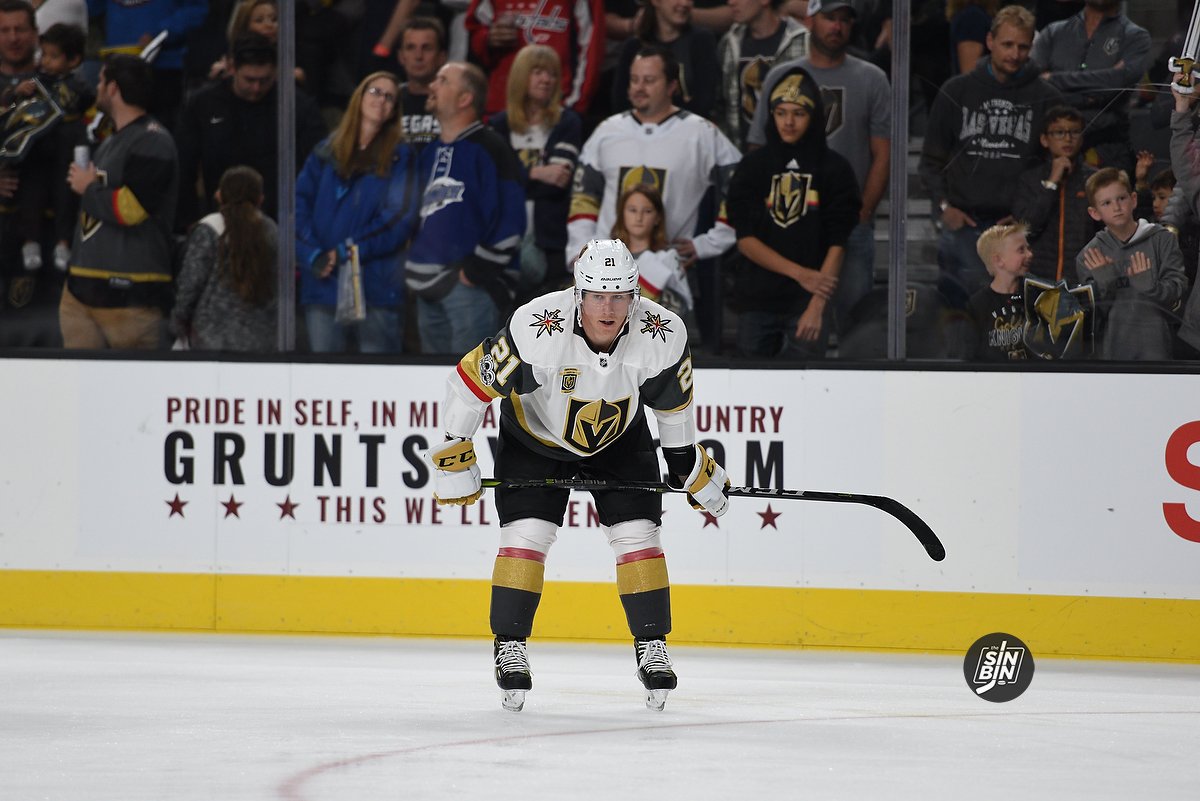 The 27-year-old center from Winnipeg is having the best season of his NHL career. Going into tonight’s game against Colorado in Denver, Eakin has 20 goals, 18 assists, and 38 points playing primarily on the third line for Gerard Gallant. He is a superb penalty killer, arguably Vegas’ best faceoff man and is extremely responsible in his own end of the ice. He is the quintessential “200-foot player” Gallant always talks about.

Eakin is one of four nominees, along with defenseman Jon Merrill, and forwards Ryan Reaves and Brandon Pirri. I can make a strong case for Merrill too as he was another Knight that many thought didn’t deserve to wear the steel grey and black sweater. But Merrill is also having a career year and has had a terrific second half of the season on the VGK blue line after struggling early in the season when he was getting more ice time while Nate Schmidt served his 20-game suspension.

Reaves has also performed admirably. He leads the NHL in hits and has nine goals, the most of his career. You can certainly make a case for Reaves.

Pirri got called up, was hot early but has tailed off the last month or so.

The popularity contest the team is running aside, Eakin has not only been one of the most improved players on the Golden Knights, you can make a case he has been the team’s Most Valuable Player, though it would be hard not to look at Marc-Andre Fleury as the MVP given what he has done this season.

The career stats help, but it’s more than just numbers. His PK duties are superb. He’s on the ice for every critical faceoff late in games. He is a +19 overall. He’s playing just over 15 minutes a game as a third-line center. And he has had so many different linemates on his flanks, yet it didn’t diminish his play. 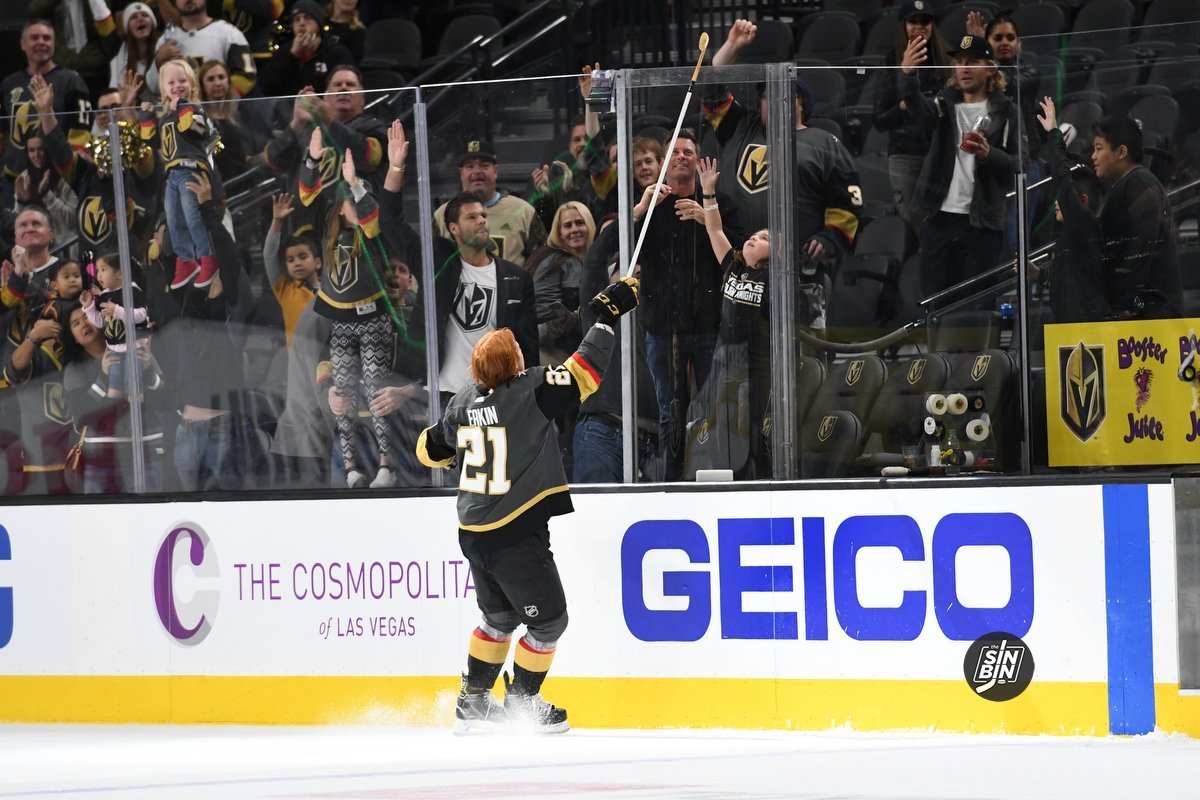 We saw signs of this late last year and into the playoffs. If you recall, Eakin was the team’s top center playing with James Neal and David Perron when the inaugural season opened in Dallas in 2017. Eventually he dropped down to the third line as Gallant shuffled the deck in late October into early November after Erik Haula got hurt and he opted to move William Karlsson up with Jonathan Marchessault and Reilly Smith.

Eakin slumped for long stretches, then broke out in early March with a two-goal game at Detroit. It set in motion some strong play the rest of the way and into the playoffs. He was winning battles in the corners, forechecking hard, holding his own in the circle on faceoffs, winning nearly 55 percent of the draws he participated in.

He also had three goals and an assist in 20 postseason games. So we were seeing the value Eakin provided. Yet when training camp opened, some were suggesting he should be gone, that prospect Cody Glass get his shot, that with Paul Stastny now on the team, Eakin was expendable.

But sometimes everyone underestimates George McPhee’s intelligence. He drafted Eakin in 2009 in the third round (No. 85 overall) when he was in Washington. And while GMGM traded Eakin to Dallas a year after his rookie season with the Capitals, he obviously saw something in Eakin’s game.

McPhee obviously still believed in Eakin to reunite with him as he selected him from Dallas in the NHL Expansion Draft. Eakin’s best year with the Stars came in 2014-15 when he scored 19 goals and had 35 points. He also played on Dallas’ top line for a while.

But as is his way, Eakin quietly spent last off-season back in Winnipeg, working on his game, getting stronger in the weight room, making sure he was in optimum shape to compete for a job when training camp opened in September.

He earned his spot on the roster. He has justified Gallant’s faith in him with his play this year. He has put up career-high numbers. He will be a vital cog in the Knights’ attempt to make another deep run in the playoffs and he is a perfect fit for this team.

Aren’t you glad now that he stayed in Vegas?

One final reminder, if you’re going to the VGK watch party tonight at Sunset Station, I’ll be signing copies of my book at Club Madrid beginning at 6 p.m. It’s just $28.95 (cash only, please) and this will likely be the final opportunity to get a signed copy.

Again, my thanks to everyone who has purchased the book. It has been a great experience meeting all the Golden Knights fans and hockey fans in general. Hope we get a big turnout tonight in Henderson!

Give The 8th Defenseman A Look Before It’s Too Late