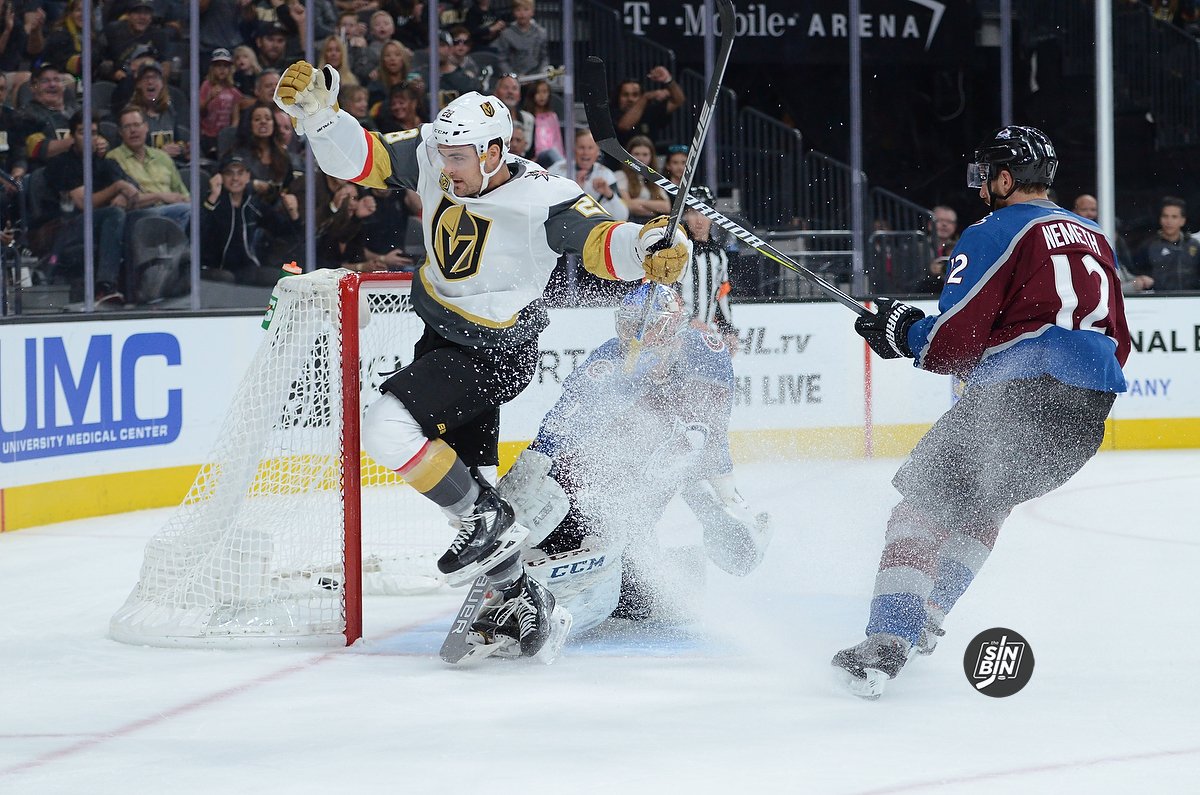 It’s not the way anyone envisioned it coming to be, but the 3rd line of William Carrier, Cody Glass, and Alex Tuch was formed three games ago. In those three games, the Golden Knights have earned points in each and won two on the road.

They’ve also received three goals and five assists from that line. They’ve created eight scoring chances in 26 minutes of play and have a 54% Corsi.

But where they’ve been best is in the eye test. Since the Golden Knights have been a franchise, they’ve never had a 3rd line look as good as Carrier, Glass, and Tuch have looked over the past three games. Tuch is driving offense, Glass is controlling the defensive end, and Carrier is winning puck battles helping set up the cycle to spend time in the offensive zone.

Tuch has returned to the right-wing, Glass to his natural center position, and Carrier is playing with the most offensive talent since he’s been a Golden Knight. It’s not the perfect line, but it’s certainly an upgrade on what they’ve gotten throughout this season with Cody Eakin as the center.

However, the fourth line hasn’t looked quite the same without Carrier. Ryan Reaves has struggled without Carrier recording just five hits in three games while Carrier was on the 3rd line. Tomas Nosek still appears to play better as a center than a winger. And Stephenson scored the goal, but doesn’t quite seem a match for Nosek and Reaves.

Eakin remains out week-to-week with an upper body injury, so the decision on where to put him when he returns is not imminent, but after just three games on the road, it might be time to start considering where else he might fit.

The key question moving forward will become usage. Eakin has averaged about 15 minutes of ice time each season with the Golden Knights. That’s normal for a 3rd line center with penalty-killing duties. But, if he finds himself relegated to the 4th line, his TOI will likely drop under 10 minutes per game as has been the case for Reaves in 66% of games this season. That also means relying more heavily on Glass, something Gerard Gallant has not shown a willingness to do. (He’s played more than 14 minutes in less than half his NHL appearances.)

Vegas has never used an interchanging line system throughout an entire game, but they may want to consider it when Eakin is ready to return. With Glass, Eakin, Carrier, Reaves (or Nosek), Tuch, and Stephenson, there are multiple combinations that can be deployed depending on the situation.

Rather than lay out the standard two lines and roll them over, they could be mixed and matched depending on draw location, score, matchup, and stamina. Here are just a few of the logical trios that could be made out of that group.

The biggest benefit of an interchanging bottom-six though is time management. As opposed to sacrificing minutes to Eakin or Glass, they can share them while Stephenson and/or Reaves see theirs decreased.

Plus, it could cause matchup problems for opposing teams as the versatility of the Golden Knights bottom six would be endless.

Simply returning to playing Glass and Tuch out of position to force Eakin back into the role he’s used to doesn’t make sense considering the current roster. With the versatility of Carrier and Stephenson, the offensive firepower of Tuch, and the fact that Glass is a significantly better player as a center than a winger, there has to be an alternative.

Rotating them as a group of six as opposed to two groups of three might just be the answer.