An Attempt To Explain The Worst Power Play In The League 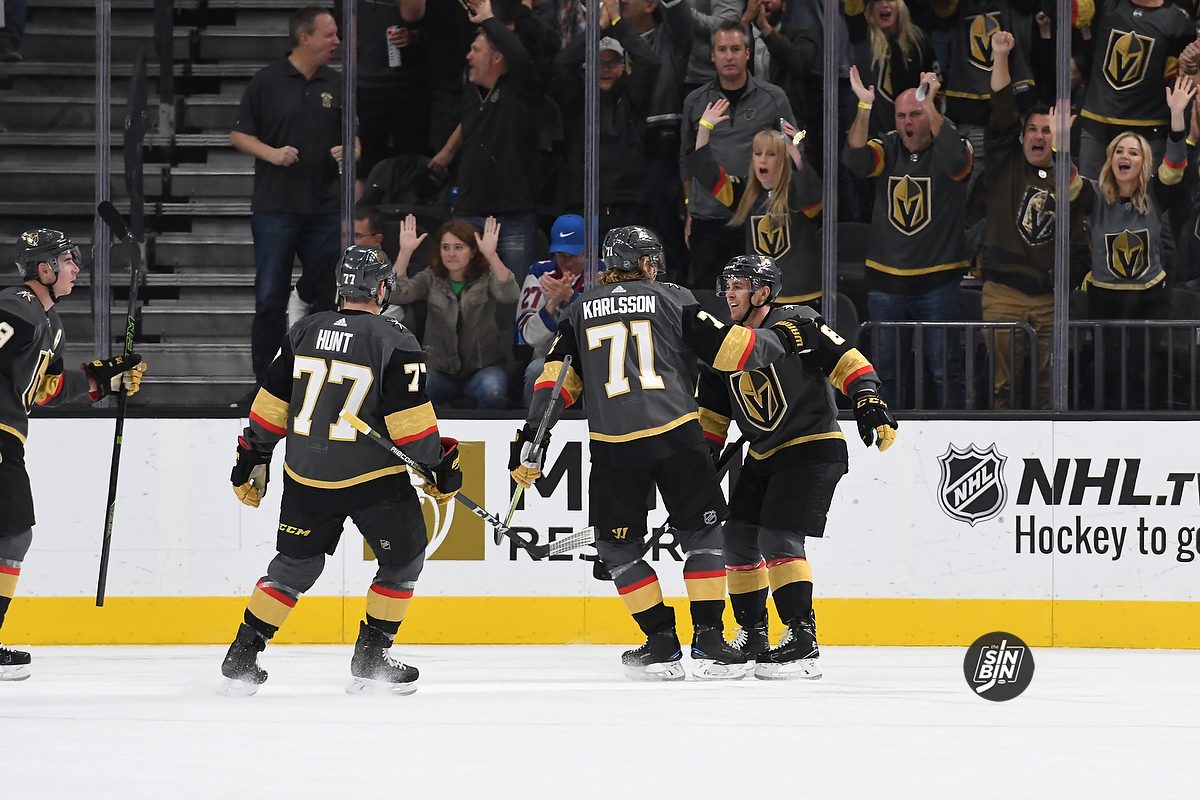 The PP that led to this goal was a beaut. Unfortunately, it’s one of just two all year. (Photo Credit: SinBin.vegas Photographer Brandon Andreasen)

It’s the question that’s going through the mind of every Vegas fan nine games into the season, what in the flying (expletive) is wrong with the Golden Knights power play?

We are getting better on the power play. Obviously it’s difficult when you are mixing guys in and out, guys have been hurt and come back from injury. I thought tonight we had a couple chances to score, I had one Hyka had one, so I thought it’s getting better. You want power play to be a difference. -Max Pacioretty

We’re not talking about it too much, we just try to bear down and work harder every day. We work on it a lot and I think it’ll come over time. We just have to work out a few kinks in the breakout and a little bit different work in the zone. Couple more pucks on net and need more traffic in front. Sometimes the puck just doesn’t bounce your way. -Alex Tuch

Just one of those things, just get back to basics. We had lots of chances, so it’s not like we didn’t have chances or anything. We just have to put the puck in the net we’ve got to put it in the net. There’s no reason to think we took a step back though. -Brad Hunt

The Golden Knights are now 2 for 28 on the power play good for a miserable 7.1%. That number would lead any sane human being to believe there’s something majorly wrong with what Vegas is doing when playing a man up. However, every player and coach seems to disagree. So, we dove into the numbers to see if there’s something wrong with the process or not.

We start with one of the most important stats when it comes to scoring goals, how often are you getting chances? According to NaturalStatTrick.com, Vegas has 37 scoring chances on the 28 power play attempts. For comparison we picked teams at the top, in the middle, and near the bottom of the pack in power play success.

The chances are indeed there. Digging deeper, the high danger and Grade-A scoring chances and are even pretty darn good for the Golden Knights. Yet, the puck will just not go in.

I don’t think the execution was there all the time, but there was one or two chances on every power play. Are they grade-A chances, probably not, but when things are going good they go in the back of the net. So they’re getting chances, it’s getting better. They’re doing the best they can. -Gerard Gallant

Step one to any successful power play is to get the puck in the zone. The easiest way to do this is to win faceoffs. The Golden Knights have won 28 PP faceoffs while losing 25. However, like pretty much all faceoff stats, winning draws has little to no correlation to scoring goals.

In fact, of the teams in the top five in PP%, only one has a +50% faceoff win percentage.

The more important portion of getting the puck in the zone is with successful zone entries. When a team loses a draw or the puck is cleared, it’s imperative to re-enter the zone with consistent success. HockeyBuzz’s Sheng Peng did some tremendous research on power play zone entries showing that through the Philadelphia game the Golden Knights had a 62% zone entry success rate. At that point, they had still not scored their first PP goal.

They then went 7 for 7 against the Sabres and scored the first PP goal of the year. It continued against Anaheim and Vancouver to go 23 for 29. So that’s 30 for 36 or 83% in the last three games, a dramatic increase.

Anything over 70% is considered good in the NHL, so overall the Golden Knights are fine in this category, and recently they’ve been great. 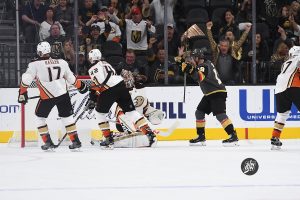 So it’s not scoring chances, it’s not faceoffs, it’s not entries, then what the heck is it? Reigning Jack Adams winner Gerard Gallant used the same word twice when I pestered him about his team’s poor power play numbers, execution.

Quite frankly, they just need to be better at the final piece, which is scoring the puck. Stop hitting posts, stop missing tips, stop whiffing on rebounds. It’s really that simple. Execute the plays when they are there.

The good news is that over the course of a season, that stuff will correct itself. There doesn’t appear to be any systematic failure to the VGK PP, it’s just that the results haven’t been there. You can feel the frustration from the locker room and the podium, but they seem to know the floodgates will eventually open as well.

They better, because 7.1% is far from good enough, and without the scoring coming in bunches at even strength as it did a year ago, they’re going to need man-advantage goals to keep up with the better teams in the league. The belief is that all it takes is better execution, but if they go another nine games at 7.1%, something else is going to have to be “executed” instead to turn the tide. (By this I mean massive change, not actually killing someone.)