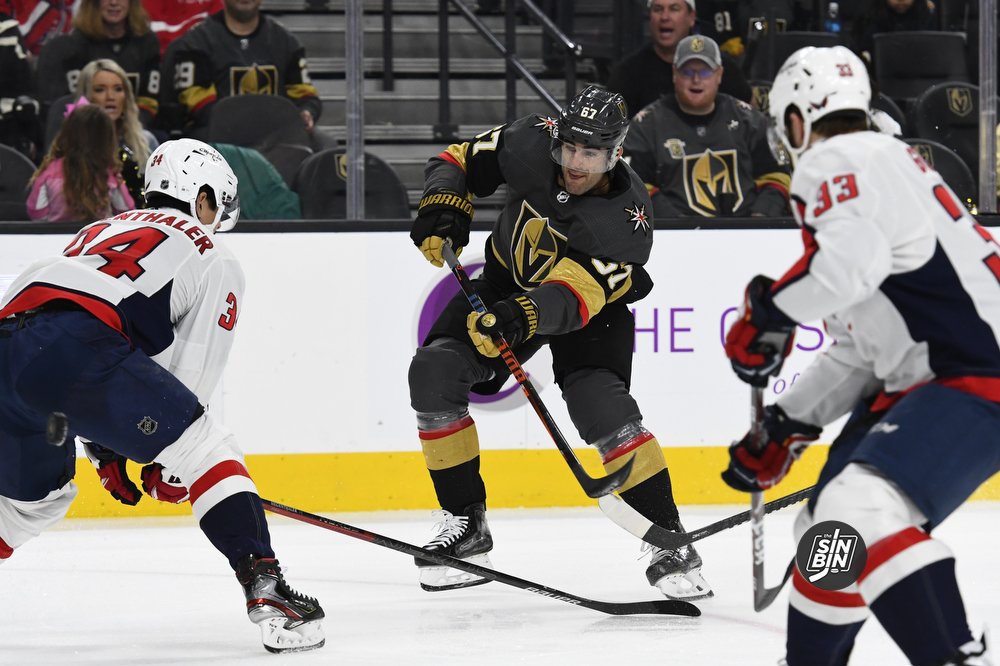 Max Pacioretty and Dylan Coghlan for… nothing.

Well, technically it was for “future considerations,” but if you’ve ever seen what comes of those, “nothing” is basically synonymous.

The Golden Knights spun it as a cap maneuver that helped them re-sign Reilly Smith and will eventually allow them to bring back Nic Roy, Nic Hague, and Keegan Kolesar, but the hockey world viewed it much differently.

For the third (fourth? fifth? I’m honestly losing track) time in the past two years the Golden Knights were being laughed at for an embarrassing move that seemed unfathomable for a Cup contender. From Marc-Andre Fleury to either Evgenii Dadonov trade to the Robin Lehner injury saga to this, hockey nation has not been short on ammo to use to rip Vegas.

Now we find out, the Carolina Hurricanes did it on purpose. Or so says agent Allan Walsh.

There were several other GMs around the league that mentioned to me that they thought the way the trade was structured was intentional on Carolina’s part. That there was a little bit of a message being delivered here. Could it have been a 7th round pick or a 6th round pick? I think Carolina intentionally said “nuh uh we’ll do this but we’re going to make it future considerations” because it kind of embarrassed Vegas to have to do that. And in many ways it exposed their cap mismanagement. –Allan Walsh on Agent Provocateur Podcast

In reality, I think Carolina was extremely savvy here. I’m sure they knew they were one of the only teams that could take on $7 million in cap space. If Carolina knows they’re the only game in town and Vegas, from cap mismanagement, now has no choice but to trade $7 million and still leaves them a couple million over the cap, why would any team give up a 1st round pick or a top prospect? So Carolina probably just sat there and said we’ll take the contract but you’re going to give him to us for free. –Walsh on Agent Provocateur Podcast

Yikes. As bad as the deal looked on paper, this makes it look that much worse.

As has been the case since even before the trade for Jack Eichel, the entire NHL has known the situation the Golden Knights were in concerning the salary cap. So, when push came to shove and they had to pull the trigger, they found themselves at the mercy of a single trade partner who held all the cards and seemingly a bit of a vendetta against the VGK front office.

It was not a surprise to Max at all and it certainly wasn’t a surprise to me. The word was out in NHL circles that several players were being shopped and just looking at the cap numbers you could see they were millions and millions over the cap. I think it came down to the guy with the biggest cap hit with one year left on his contract. –Walsh on Agent Provocateur Podcast

Obviously there’s a clear distaste for the Golden Knights from Walsh that likely leads to a bit of an exaggerated recollection of the events at place, but the fact of the matter is the Golden Knights day of reckoning finally came and it has left them trying to replace 50+ goals without adding a single new player worth more than the league minimum this offseason.

Whether it can fairly be described as “cap mismanagement” or not is in the eye of the beholder, but if the Golden Knights want to return to their place among the NHL’s elites, this embarrassment needs to be the last for quite a while.

Betting On The Golden Knights