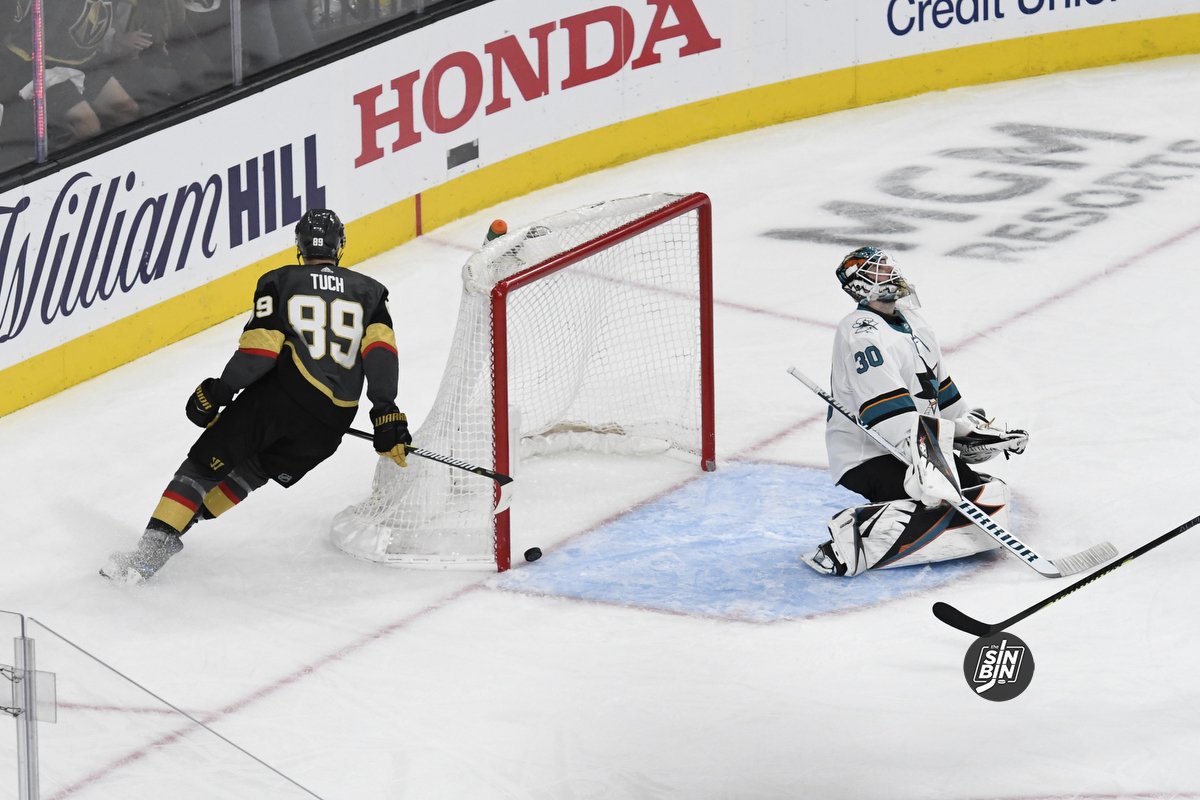 One of Alex Tuch’s most noticeable skills is his speed. Arguably one Vegas’ fastest players, Tuch revealed that he wasn’t always quick on his skates. The 24-year-old forward had to develop a more effective way to use his stride to gain advantages on ice.

I wasn’t that fast in Minnesota. I worked with a guy out of Rochester, Francois Methot. We broke down my stride completely. Tore it down, everything was different. If you want to go technical, it was the crossover or the lateral crossover. –Alex Tuch on Spittin Chiclets Podcast

Learning how to improve any element to an NHL players game isn’t shocking, but training to skate faster is something that most players can’t successfully achieve. Tuch was built with high-level talent but clearly felt the need to work on his wheels to secure a spot on an NHL club. Which he’s cemented in Vegas.

I would call them quick starts, like when you start from a stop position. He would show me the angle that I needed to be at, how straight your legs got so you push. We kind of broke it down, and after you get it down it’s all about repetition so he bagged me for two months straight. I completely retrained… I continue to do stuff like that in the summer so I’m trying to get faster. –Tuch on Spittin Chiclets Podcast

Tuch clearly knew he needed to become a faster, more powerful skater in order to be a successful pro, and he fully dedicated his entire offseason to doing so, using the same methods studs like Connor McDavid and Jack Eichel use in their offseason training.

When you have that full extension you try to get the biggest strides possible. By getting those big strides you’re really going faster. I know McDavid has that speed, McKinnon and those guys but if you want to see a guy who has probably the longest, smoothest stride you like at my former teammate Jack Eichel. His stride is insane. –Tuch on Spittin Chiclets Podcast

Even after his hard work paid off in developing new skating techniques, #89 further worked on his stride. To be one of the fastest players in the league, Tuch realized he has to stay vigilant and use the tools he learned from his skating sessions in Rochester, NY.

I wasn’t only doing it on the ice. Whenever I was doing sprints or any off-ice workouts were all about the full extension, were all about that angle of acceleration. I continue to do stuff like that in the summer, so I’m trying to get faster. –Tuch on Spittin Chiclets Podcast

Golden Knights fans see Tuch’s speed and skating ability on full display every game. His long strides cut through traffic with grace and power finding open space to breakout or cut behind the net. What seems like god-given talent, is actually hard work paying off.

If a 1st round talent like Tuch can improve his skating after being drafted then it’s possible the guys in the local men’s league can as well. So, tell Fitzy and Sully not to give up their ECHL dreams just yet.