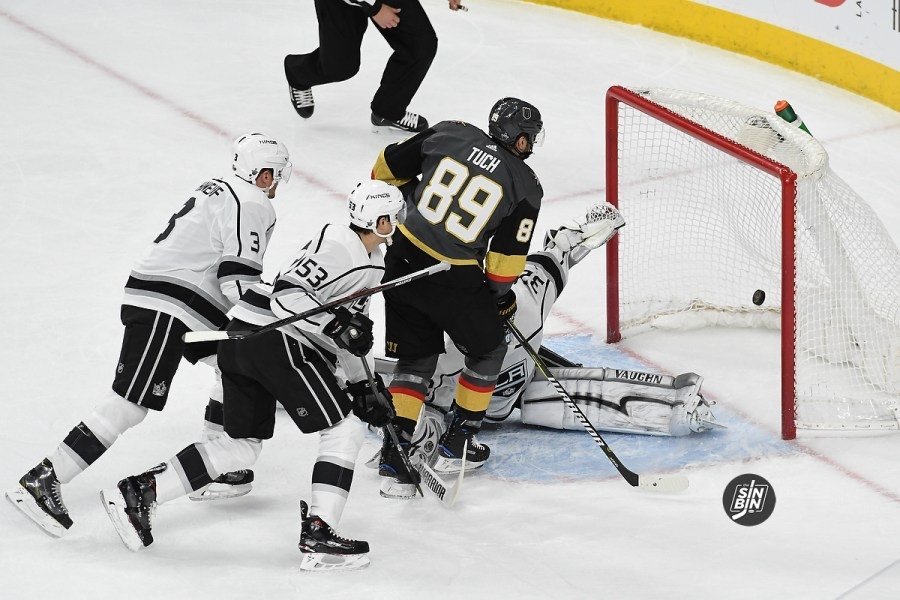 Per a report from Elliotte Friedman (subsequently confirmed by VGK) the Golden Knights have locked down forward Alex Tuch to a 7-year contract extension worth $33.25 million.

Tuch’s contract begins next season which means he’s under contract with the Golden Knights through the 2025-26 season. His cap hit remains the same ($925,000) for this season and the $4.75M begins next year.

The deal is similar to Shea Theodore’s deal in that Tuch appears to be slightly overpaid at the moment to become a steal salary-wise in a few years.

Tuch has yet to step on the ice this season after getting injured in one of the final preseason games of the year. This deal is obviously a good sign that the Golden Knights have no concerns about any lingering effects of the injury.

Flat $4.75 M salary across the board. No signing bonuses. Limited 5-team no trade clause kicks in five years from now. https://t.co/An9rPCAeHw

Let's talk about Alex Tuch signing an extension that'll keep him in Vegas through 2025-26. https://t.co/t2d3Nd4nnA