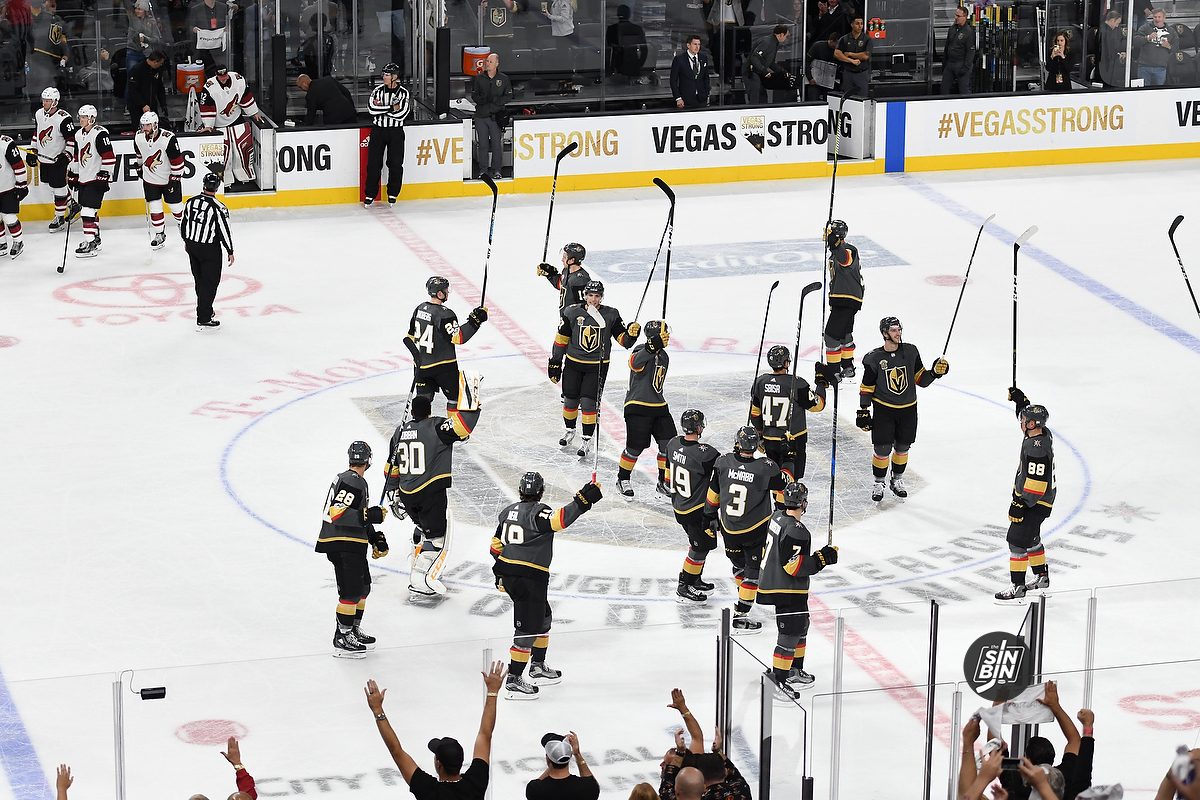 Unfortunately, since I highly doubt this team has 17 Gretzky’s and Colin Miller, these numbers are likely to come crashing back down to reality and soon.

The main reason for the insane PDO numbers is the play of the guy between the pipes. Marc-Andre Fleury‘s save percentage is 96.3% through three games. He’s allowed just four goals on 107 shots. The good news is that his GVAA, which is currently 5.55, is sustainable. Fleury has had four full seasons with GVAA‘s much better than 5.55.

Finally, the Corsi For Percentage. These numbers actually aren’t too crazy. James Neal’s 62.0 CF% is pretty ridiculous, but aside from him, more players fall under 47% than over 51%. This is the reason the PDO numbers are so high. This is a good sign for the future as those numbers are likely to come back to 50% as the season goes on.

So what are we trying to say here? Well, first the stats say the Golden Knights skaters are playing way above their heads. How far over their heads, that’s still yet to be seen.