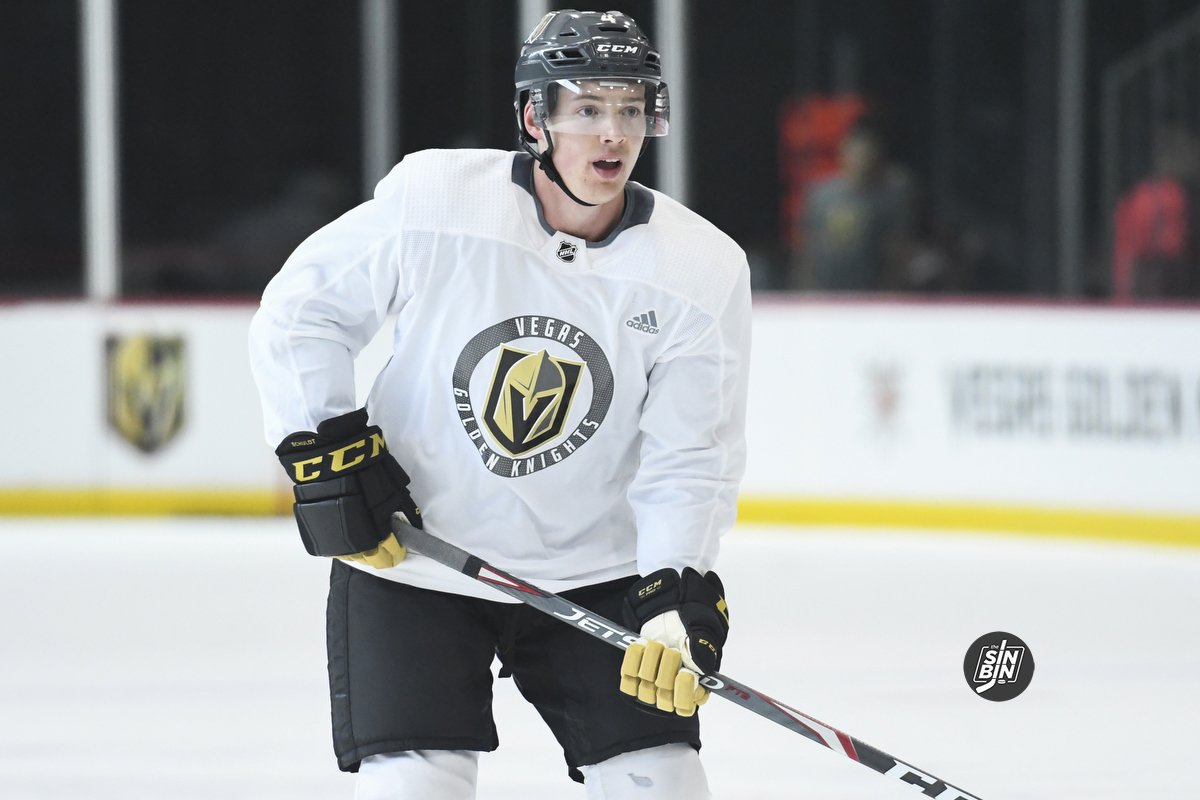 Everything is on the table for the NHL in their attempt to save the 2020-21 season. One idea that’s been floating would allow Vegas prospects to get some real hands-on the job type experience. When the league starts up the season, pipeline players like Jimmy Schuldt, Lucas Elvenes, and Dylan Coghlan will be around the Golden Knights roster much more than usual.

I hear [the NHL] are talking about a taxi squad. Players will get paid their AHL salary but get NHL per diem. –Elliotte Friedman on 31 Thoughts Podcast

A taxi squad is a group of players that practice with the team and could be called upon to play in reserve. There’s actually an amusing story behind the origin of taxi squads.

The NHL’s idea would make it financially viable for team owners and add extra insurance if roster players contract coronavirus and are unable to compete. Major League Baseball adopted the taxi squad system this summer and it worked successfully for the league. Realistically, the extra players would be used for the worst-case scenario, a team-wide breakout. Nevertheless, the next generation of Golden Knights would be given an invaluable experience.

The reason this benefits Vegas is that they’d be able to have just 19 players on the acrive roster counting against the cap but still run a full practice. Normally, if a player isn’t on the active NHL roster (unless coming off IR), he can’t practice with the team. So, if VGK wanted to drop a player to the AHL to save cap space, he’d have to go practice in Henderson. This year, they might be able to get away with paying just 19 players against the cap all season.

There have been calls to shorten NHL training camps in years past but it sounds like it’s a given for 2020-21. It would speed up the process and help get the shortened season off the ground and on the ice by early January.

Secondly, you are not inviting 60 players to camp this year… I’ve heard talk they are going to cap it at 35. You have the players show up for camp right after Christmas and you play for January 6th. –Friedman on 31 Thoughts Podcast

Adding reserve players is one of the easiest decisions the league needs to make. The only dilemma is if owners complain about the added payroll, albeit AHL salaries. However, in all likelihood, the taxi squad proposal will be approved and all 31 franchises will carry a substitute lineup.

Is it possible we see Peyton Krebs earlier than expected?

SinBin.vegas Podcast #213: Here For The Ratio