Abnormal Season Could Lead To Finding The Next Hidden Gem

There aren’t many, if any, open roster spots for the Golden Knights heading towards the regular season opener in less than a week. But playing hockey during a global pandemic, it’s inevitable the depth of every team will be tested during a season outside of the bubble.

It’s going to be impossible for it not to run across our path at some point and then it’s how we deal with it. -Pete DeBoer

This inescapable reality has led to increased importance in the next group of players beyond those who make the roster out of camp. Normally, there are one or two players who fill the role of the “yo-yo,” bouncing back and forth between the NHL and AHL as replacement options when injuries occur. But this year, with the understanding that at any moment a team could see an entire line or even an entire position group forced away from the team completely for weeks on end, the group of players beyond the starting lineup takes on added relevance.

That starts with the collection of draft picks still yet to make their NHL debuts. Jack Dugan, Dylan Coghlan, Ben Jones, Jake Leschyshyn, Lucas Elvenes, Paul Cotter, and Brayden Pachal are all in camp and fit this group. Often though, coaches prefer to lean on experience in tough situations and this year’s team has a few new options who may play large roles when that inescapable day does come.

Dylan Sikura, Tomas Jurco, Danny O’Regan, and Carl Dahlstrom are four players with various degrees of NHL experience all in the Golden Knights system, none of which have played for this team or this coaching staff. Despite their previous successes or failures at the NHL level, it’s the here and now that counts for DeBoer.

I think it’s critical every year that you give those type of players that have come into your organization after leaving another place a clean slate. -DeBoer 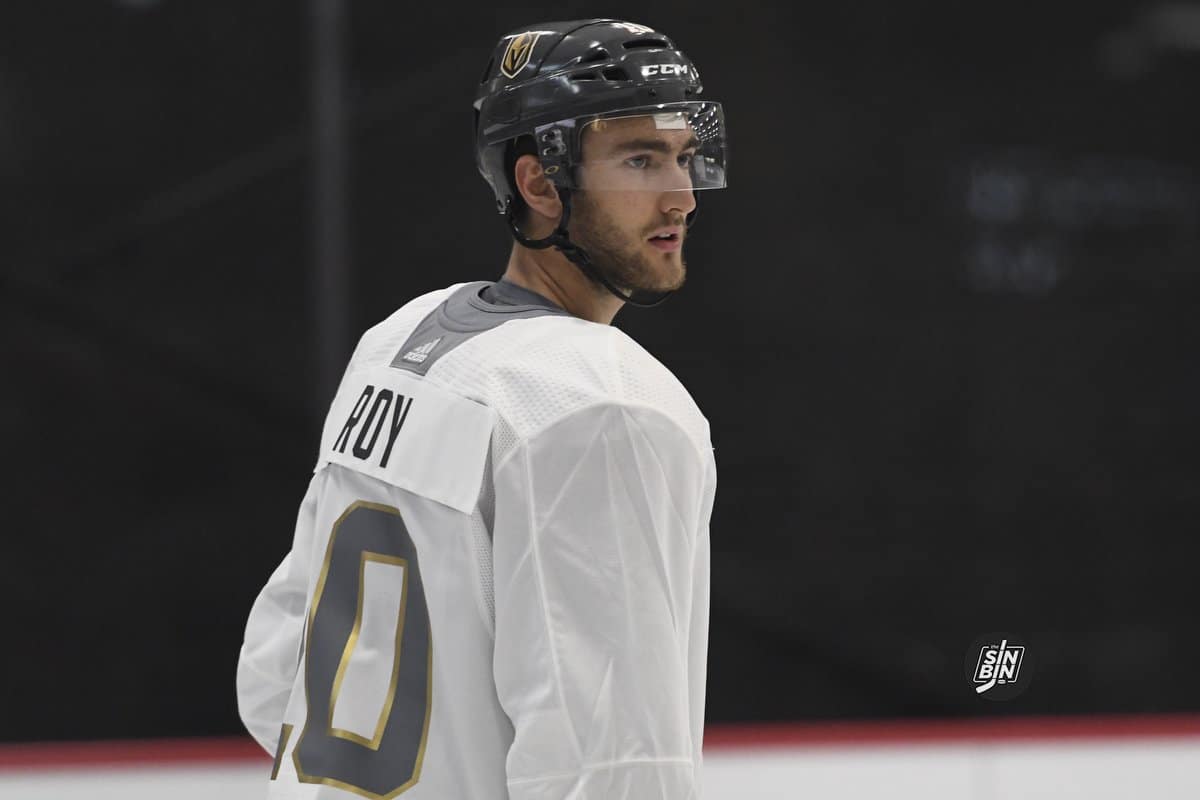 Last year at this time, this guy was an unknown. Now he’s a fixture in the VGK lineup. (Photo Credit: SinBin.vegas Photographer Brandon Andreasen)

It’s one piece of this season that will add intrigue where it may not have been in the past. There may be a time where the team needs three, four, or five guys at a moment’s notice and we’ll learn a lot about the organizational hierarchy beyond the NHL roster.

Personally, I’m always on the lookout for the next hidden gem. The Golden Knights uncovered mountains of them in the Expansion Draft and struck gold with Brandon Pirri for a short time as well.

One potential option has jumped out to me and he has impressed the coaches as well early in camp.

Jurco isn’t new to the NHL. He’s played 213 games for three different teams and amassed 52 points. He’s even played in 10 playoff games, most of which coming for the Red Wings in 2014-15.

It should come as no surprise where the Golden Knights found Jurco. Like Nic Roy, Patrick Brown, and Valentin Zykov (during the regular season), he was a member of the Charlotte Checkers team that beat the VGK affiliate Chicago Wolves in the Calder Cup Final. Jurco lit up the AHL playoffs, scoring seven goals and adding 11 assists good for 18 points in 18 games.

Jurco broke camp with the Edmonton Oilers last season before being re-assigned and then getting injured and missing most of the year.

He’s a former 2nd round pick that plays with a lot of speed, is calm on the puck, and thus far has been an offense-driving winger in the short time we’ve seen him with the Golden Knights.

With the crowded nature of the Golden Knights roster, it’s unlikely he makes it out of camp, but whether he ends up on the taxi squad or in Henderson, Tomas Jurco is a name to keep an eye on as the season rolls on.

Alec Martinez Is Very Easy To Root For