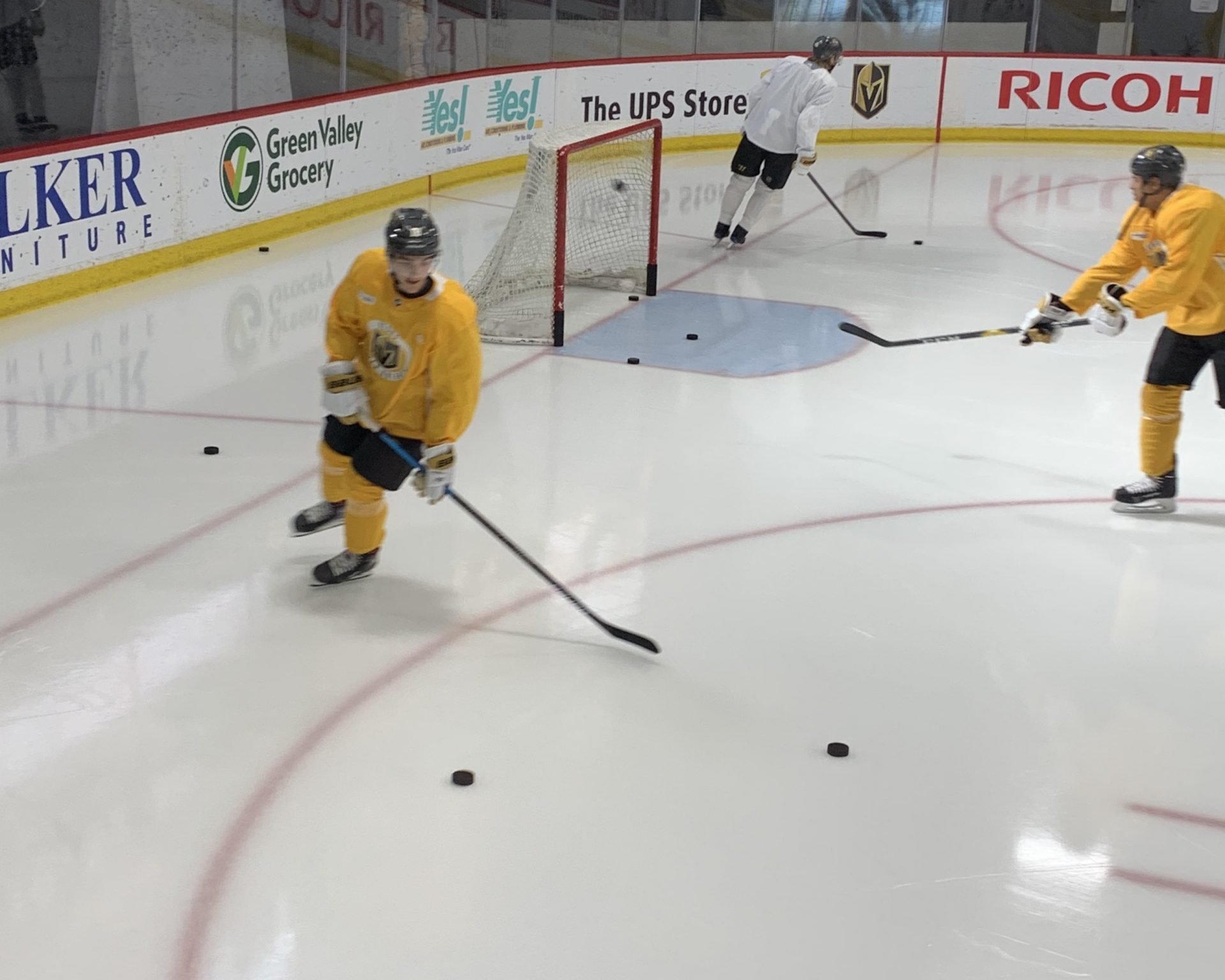 This week, according to George McPhee, 30 players are skating at City National Arena for voluntary Phase 2 workouts. With Training Camp right around the corner, that number will probably continue to increase as just about every player under contract with the Golden Knights has to be ready in case selected to the expanded playoff roster.

When we took a stab at guessing the roster the Golden Knights will use in the playoffs, there was one name that barely even came to mind due to his age. That name is Peyton Krebs.

The Golden Knights 1st round pick in 2019 spent the majority of his time since being drafted rehabbing his torn Achilles tendon. This forced him to miss Development Camp, Rookie Camp, Training Camp, exhibition games, the start of the WHL season, and World Juniors (he participated in camp but was not selected to the team). All Krebs really got with the Golden Knights was a single practice before being shipped back to the WHL.

In other words, most of his first year of development since being drafted was lost. However, when he finally got to play for the Winnipeg Ice, he was the same electric player that made him a 1st round pick. He posted 60 points in 38 games which ranked him 3rd on the team despite playing nearly half the games of all his teammates and put up highlight real plays along the way.

With NHL rosters expanding to 28 skaters for the playoffs, it might make sense for the Golden Knights to select Krebs in an attempt to recover some of the missed development time over the past calendar year.

Vegas will enter the playoffs with a fully healthy squad with the exception of Cody Glass. As we showed in our projection, that means 13 forwards that are used to playing every night plus at least five more AHL level forwards behind them. One of Tomas Nosek, Nick Cousins, Nic Roy, William Carrier, or Ryan Reaves will have to be a healthy scratch to start the playoffs and some combination of Brandon Pirri, Patrick Brown, Valentin Zykov, Lucas Elvenes, Keegan Kolesar, Gage Quinney, and Reid Duke will be ready to step in if needed as well.

No matter which forwards the Golden Knights ultimately select, there will be at least five extras available with a strong possibility of a sixth.

The harsh reality is that if the Golden Knights have to go to a sixth extra forward in the playoffs, their shot at the Cup is probably dead no matter who that player may be. They’ll be able to withstand a few injuries or illnesses, but six would simply be too many, especially if they happened to the wrong guys.

So, that last forward spot should go to Krebs. It will give him a chance to participate in a highly intense training camp, go through a playoff run with a team with a legitimate shot at winning the Cup, get a couple of months of on-ice training under his belt, and maybe even play in one of the exhibition games as the Golden Knights prepare for the round-robin and playoffs.

The difference between Krebs and Elvenes, Quinney, Duke, or whoever else would fill that final forward spot is not significant enough to pass up on an opportunity to focus a bit of energy on the future.

Krebs is already under contract and as long as he doesn’t appear in 10 playoff games will still be able to return to the WHL next season and see his contract slide as planned. The benefits that could come with getting him some competitive practice time far outweighs that of selecting any other forward to that final spot.

There’s no question it would be a bit risky to take liberties with the NHL’s leeway in expanding the roster, but the Golden Knights were willing to take the risk in drafting a player who could barely walk on draft day, why not keep rolling the dice now?