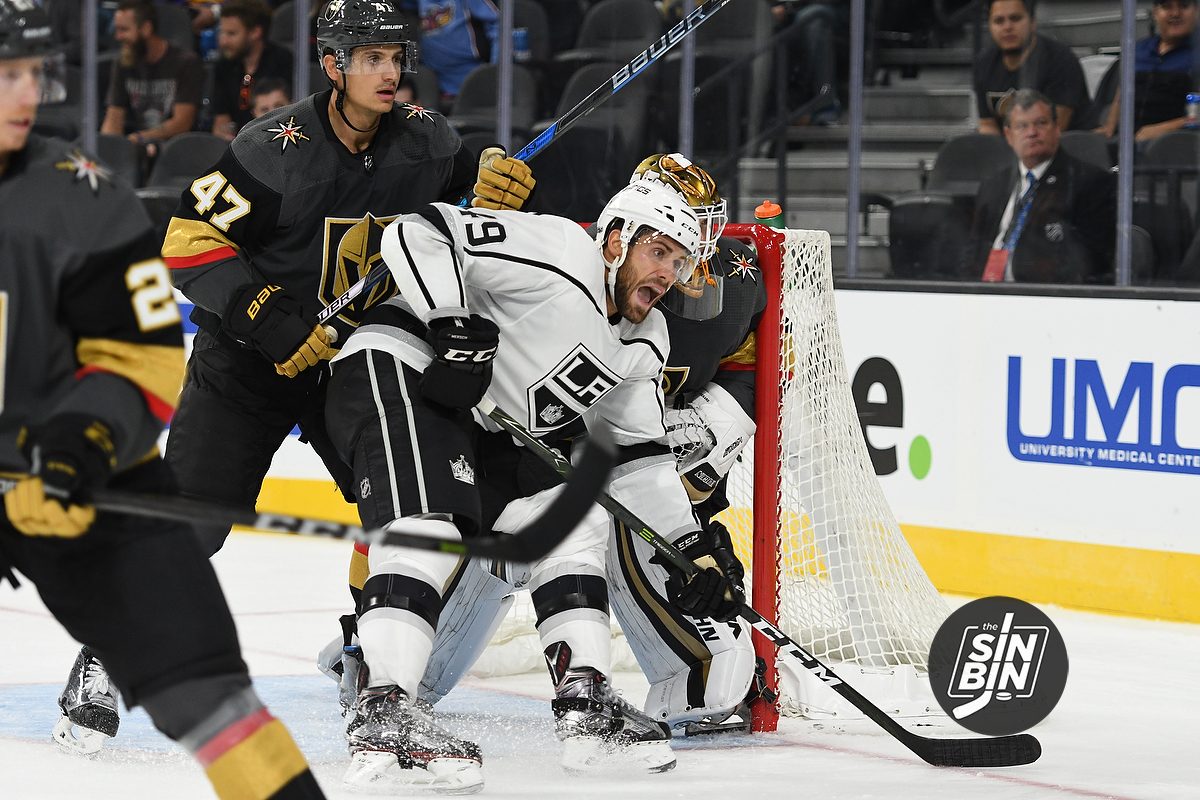 Expect Sbisa to get back in the lineup, but who he’ll be paired with remains a question. (Photo Credit: SinBin.vegas Photographer Brandon Andreasen)

Just as is the case with the 12th forward, with the return to health along the Golden Knights blueline, All Star head coach Gerard Gallant has some tough decisions to make heading into Wednesday’s playoff opener.

Nate Schmidt, Brayden McNabb, Colin Miller, and Shea Theodore are certainties to be in the lineup. Deryk Engelland is likely to be crack the lineup but there’s at least a bit of decision making needed with him as his play has seemed to slip as the season has worn on.

That leaves four defensemen with just once spot available in the Vegas D-core. As we did with the forwards, here’s a pros and cons list of each player and then both Ken and I made selections as to who we believe will get the call.

Pros: Sbisa was one of the most reliable Golden Knights defenseman to start the season, was once considered VGK’s superstar shadown, and he has played several playoff games. Before being injured in mid-November Vegas was 10-5-1 with him in the lineup. Usually, Sbisa was paired up with Nate Schmidt and split duties covering the best forwards in the NHL. Like Englland, Sbisa is best staying home and protecting the net. Although he has done his share offensively. When Sbisa records a point the Golden Knights are 10-1-1 this season.

Cons: Sbisa has been hampered with injuries most of his career, and this year has been no different. Vegas was expecting a healthy defenseman after playing a full 82 games in Vancouver last season. It’s uncertain how injured he is, or if he’s even healthy enough to play against the Kings. Sbisa has suited up for 20 postseason games, going 8-12 with three different franchises. Sbisa could be the better overall option but Gallant may decide to go with Engelland because of similar style and trust.

Pros: When it comes to the perfect second unit power-play defenseman, Hunt is your guy. On top of his quick shot instincts, effort and character, Hunt’s skating ability allows him to quickly retrieve the puck and get it out of the defensive zone. Hunt can be a big component to the Golden Knights effective tempo.

Cons: Skill and size. It’s unfortunate but both work against Hunt. While he can add another threat offensively on the ice, Gallant wants a defenseman that can slow down the opponent in the defensive zone using his body. Hunt can do that against certain matchups, but the overall physicality of the Kings will likely keep Hunt out of the first round lineup.

Pros: Merrill has been a good depth defenseman this season. When Gallant needs extra defense, Merrill will get the call over Hunt. After weeks of being a healthy scratch, he was ready to jump into action whenever he was called. If there are injuries Merrill could fill third pair minutes.

Cons: Merrill’s not the fastest or slickest skater on the ice. At times, he can get lost in the defensive zone allowing open shooting gaps for opponents. In the playoffs one uncontested shot could cost the series.

Pros: In the 2016 postseason, a 20-year-old defenseman with 19 NHL career games played in six playoff games. That player was Shea Theodore. It probably won’t be the case but it’s not out of this world for a young inexperienced kid to see postseason action.

Cons: Really hard to come up with many because of his limited action. He’s got the size to absorb heavy play, but could be too inexperienced to trust against the Kings. Also, he wasn’t on the ice with the team in their first postseason practice. There’s almost no way he gets the call.