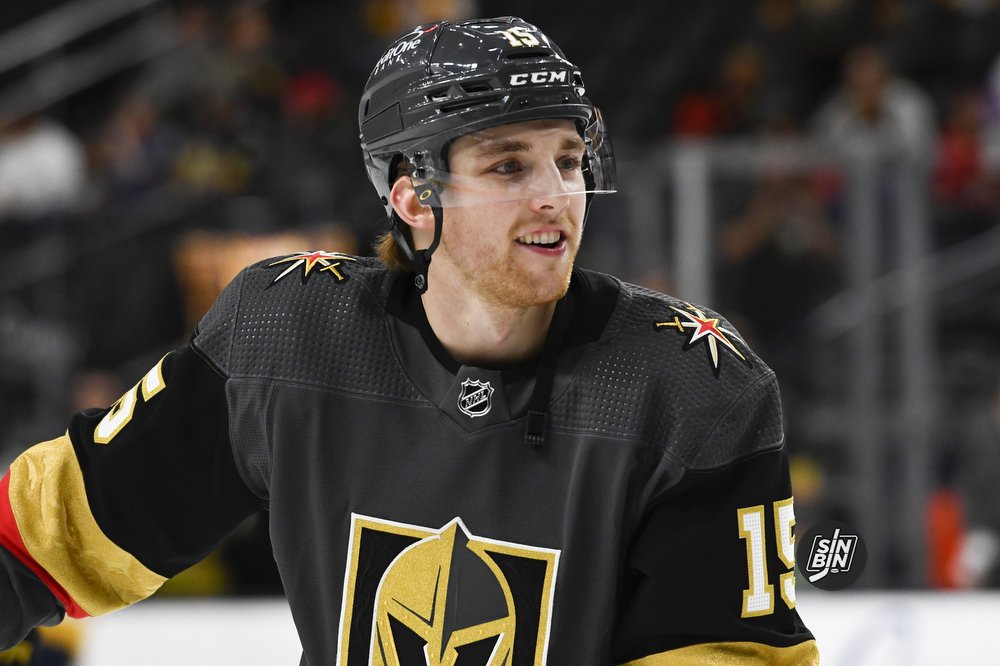 The longest wait for hockey in franchise history is finally over. Training Camp is here, preseason is this weekend, and Opening Night is just Reilly Smith days away.

The Golden Knights have brought a roster of 40 forwards, 19 defensemen, and eight goalies to camp and as they pair it down over the course of the next three weeks many questions will be answered by Bruce Cassidy and the new coaching staff.

Who are the four primary centers?

For the first time ever, the Golden Knights have a clear 1C. His name is Jack Eichel, and no matter where he’s listed on the lineup sheet, he’s the focal point in the center of the ice for Vegas. But after Eichel, it gets a little murky. William Karlsson will clearly take one of the other three center spots, but the question is whether that will be as #2 or #3 behind Chander Stephenson.

Stephenson has shown terrific chemistry with Mark Stone over the past few years and it could easily be something Cassidy leans on at least early in the season. If that’s the case, Karlsson drops to #3, and Nic Roy, Brett Howden, Jake Leschyshyn and a few others would be fighting over the final spot.

It may take a week or so for this to sort itself out in camp, but eventually, Cassidy will have to tip his hand and it’ll go a long way towards our full understanding of how the rest of the lineup will shake out.

Which forward finds his way into the top-six?

It’s possible the group of Jack Eichel, Mark Stone, William Karlsson, Jonathan Marchessault, Reilly Smith, and Chandler Stephenson make up VGK’s top-six. However, the premise of splitting up the Misfit Line, which Cassidy seems set on doing, and the expectation of Stephenson playing as a center leaves a hole in the lineup.

The most obvious fit for that hole would be newcomer Phil Kessel who has scored like a top-six winger his entire life. But, it’s possible with his age and suspect defensive abilities, Cassidy may opt to go another direction. Is it the leftover center of Roy or Howden, does a grinder like William Carrier or Keegan Kolesar grab the job, or will a dark horse like Sakari Manninen arrive?

It appears likely Nic Hague will indeed hold out of camp as he walks the tightrope of trying to cash in as a restricted free agent without arbitration rights. With him out of the picture, even just temporarily, it opens up a spot in the starting lineup for a blue liner. Obviously, Ben Hutton would be the leader in the clubhouse for that role after stepping in nicely last season.

But, there’s a prospect in the pipeline champing at the bit for his opportunity to grasp that spot. 6’3″ 205 pound 21-year-old Kaedan Korczak looks more than ready to push Hutton for that open spot. Korczak was dominant defensively both in Development Camp and at the Rookie Faceoff and he’ll likely have a chance to continue proving it early in camp and in the first bunch of preseason games.

The longer Hague is away, the more of a chance Korczak has to shove his way into the lineup on October 11th.

What will Mark Stone’s participating level be?

At the Golden Knights charity golf event Bruce Cassidy made it sound like Stone will participate in camp from the start. It is unclear however if he’s cleared for contact and how long he’ll be out there with the team.

Typically, Training Camp involves some physical drills and as it winds down there will certainly be an added emphasis on special teams. As a guy who plays on both special teams, we’ll have to see when and how often Stone is allowed to join the power play and penalty kill units and how deep into camp he’s allowed to take contact.

It still seems very likely that Stone will play on Opening Night in Los Angeles. What he does in camp should tell us if he’s going to be playing at 100% that night.

Can anyone upset the expected 12 forwards?

There are 12 forwards on the Golden Knights roster that played significant time in the NHL last year. It’s expected that all 12 of them will make the roster and be in the lineup at Crypto.com Arena on the 11th. But, can a Leschyshyn, Manninen, Cotter Rondbjerg, or even someone else make a case to send someone else through waivers?

Eventually the Golden Knights are going to need to get some production out of players they drafted and there are a whole host of them waiting to steal a spot in the lineup. It’s going to take a lot for any of them to do it, but with a new coach behind the bench, it absolutely can be done.